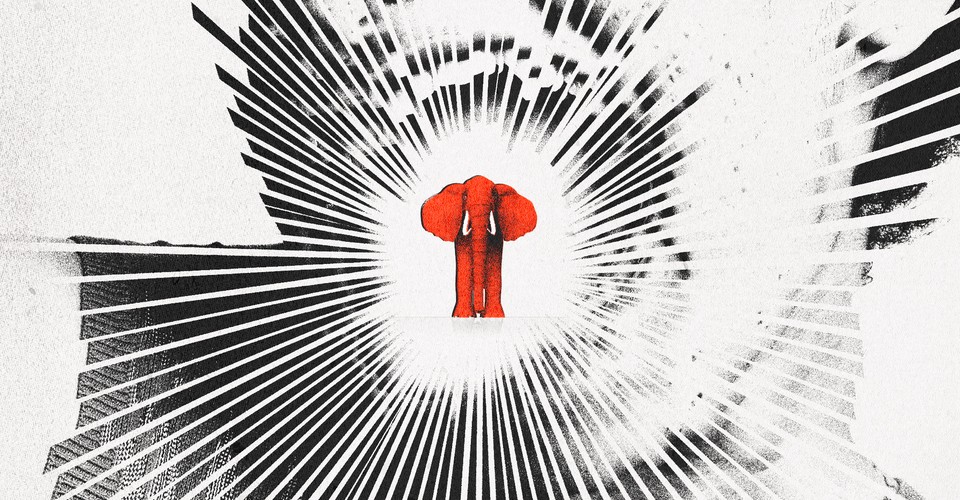 The connection between Republican political views and skepticism about COVID-19 precautions, such as mask mandates and vaccine passports, is clear but not intuitive.

While not all unvaccinated people are Republicans, nearly half of Republicans have yet to receive even a single shot, according to a Kaiser Family Foundation poll from late July. Republicans also make up the largest share of opposition to mask mandates in schools and public places, vaccine mandates at work, and vaccine passports to use services and businesses, and GOP politicians have led the charge against these ideas.

The reasons for this are not obvious. Before the current pandemic, vaccine skepticism was not disproportionately common among Republicans. Republicans are not less likely to get sick and die from the coronavirus. And, as conservative vaccine champions like to note, the current vaccines were largely developed during the Trump presidency.

One way to explain the right’s resistance to precautions is anti-government sentiment, but as I wrote Thursday, the description doesn’t really fit, because enforcing bans on mask mandates and vaccine requirements often requires government to flex its muscles. Nor is it quite right to call this simply a manifestation of anti-science GOP views. Although the resistance to precautions includes a dangerous strain of COVID-19 denialism and vaccine nonsense, many of the debates on responding to the pandemic are more about risk calculations.

Instead, the best way to think about the Republican opposition to COVID-19 precautions might be as another manifestation of the surging feeling in the American conservative movement that it represents an embattled minority that needs to use the power of government to defend its independence. Public opinion consistently shows majority support for mask mandates and vaccine requirements, but several states, all of them GOP-led, have prohibited them. The minority’s insistence on opposing masks and vaccines privileges the individual rights of the few Americans who don’t want to take these steps over those of the collective mass of their compatriots who don’t want themselves or their loved ones to get sick.

Although it might come as a surprise from reading news coverage, Americans actually broadly agree on many COVID-19 precautions. An Axios/Ipsos poll released Tuesday finds 69 percent of Americans support mandatory masking in schools, and 64 percent back mask requirements in public places. More than half (55 percent) of the respondents support employer vaccine mandates, similar to a Gallup poll (52 percent) released Wednesday. Other surveys have found even an larger backing. That comes in the context of seven in 10 American adults already being fully vaccinated, a figure that falls short of herd immunity but represents, as Ariel Edwards-Levy notes, an astonishing degree of consensus for contemporary America.

Perhaps that’s precisely why the minority has been so noisy—and so effective. Videos of angry parents berating school officials who are considering mask mandates have gone viral. Governors and legislatures in several states have blocked anti-COVID measures. Eight states (Arkansas, Arizona, Florida, Iowa, Oklahoma, South Carolina, Texas, and Utah), all of them with Republican trifectas, have forbidden mask mandates, according to Pew’s Stateline project. (Some of these bans are currently being litigated.) The website Ballotpedia has tallied 20 states with some sort of ban on vaccine requirements, all of them GOP-led. The Axios/Ipsos poll found only 44 and 40 percent of Republicans in favor of school and public mask mandates, respectively.

Like other political questions today, views about COVID-19 restrictions are not only divided by party but also contain little middle ground. The Gallup poll, which found 52–38 support for employer vaccine requirements, also reported that two-thirds of respondents held their position “strongly.”

The gap between what the public overall wants and what its noisiest members demand in opposition is not new. Last spring, as states across the political spectrum hastened to loosen initial pandemic restrictions, I pointed out that the public was strongly supportive of the existing measures. That small portions of the population have repeatedly succeeded in imposing their will on the majority may help to explain the fury, documented by my colleague David Frum, that some vaccinated people now feel toward their fellow Americans who are not taking similar care.

National polls, though, may not tell the whole story. In some conservative enclaves, most residents oppose COVID-control measures. And they don’t just want to reject them in their own communities. When local governments in red states have attempted to impose masking or other restrictions, Republican-led state governments have frequently preempted them. They aren’t just giving local officials a choice about whether to comply—they are ensuring that they cannot.

This inverts the typical pattern in a democratic polity. Usually, laws and dictates emerge from popular opinion. Here, Republicans are turning to government as a force to impose their will in situations where they have already lost the battle for popular opinion. The fight over COVID-19 echoes previous battles over preemption, such as gun regulation, transgender bathrooms, and immigration enforcement.

Donald Trump thrust minority rule into the center of the Republican Party. He was elected president in 2016 with a minority of the popular vote, but has always purported to represent the true consensus of authentic Americans. (“Silent majorities” are, it turns out, just minorities.) When he was defeated in 2020 by an even larger popular-vote margin as well as in the Electoral College, his reaction—supported by many members of his party—was to attempt to have votes thrown out, and to allow the minority to override popular will.

Some Republicans bucked Trump on his blatant attempt at election subversion, but the party as a whole remains firmly countermajoritarian. Representative Liz Cheney and Senator Mitch McConnell, for example, were both critical of the January 6 attempted coup, but have eagerly defended Republican-led efforts to introduce antidemocratic state election laws that would facilitate minority rule and enable future election subversion. McConnell has also wielded the filibuster prolifically, a minority-rule tactic par excellence, even blocking a bipartisan commission to investigate January 6.

Many observers have interpreted support for Trump, even among those unlikely to concretely benefit from his policy positions, as a gesture of resentment: They are angry at someone (elites, liberals, the government, the establishment) for telling them how they ought to live. Trump might not materially improve their position, but he’s willing to stick it to those groups—and if that requires antidemocratic means, so be it. The current countermajoritarian resistance to masks and vaccine mandates emanates from the same feeling. Many conservatives are tired of being told how to live by the majority, and they want to live exactly as they please, even if that means they may die—and even if that means making other people sick along the way.