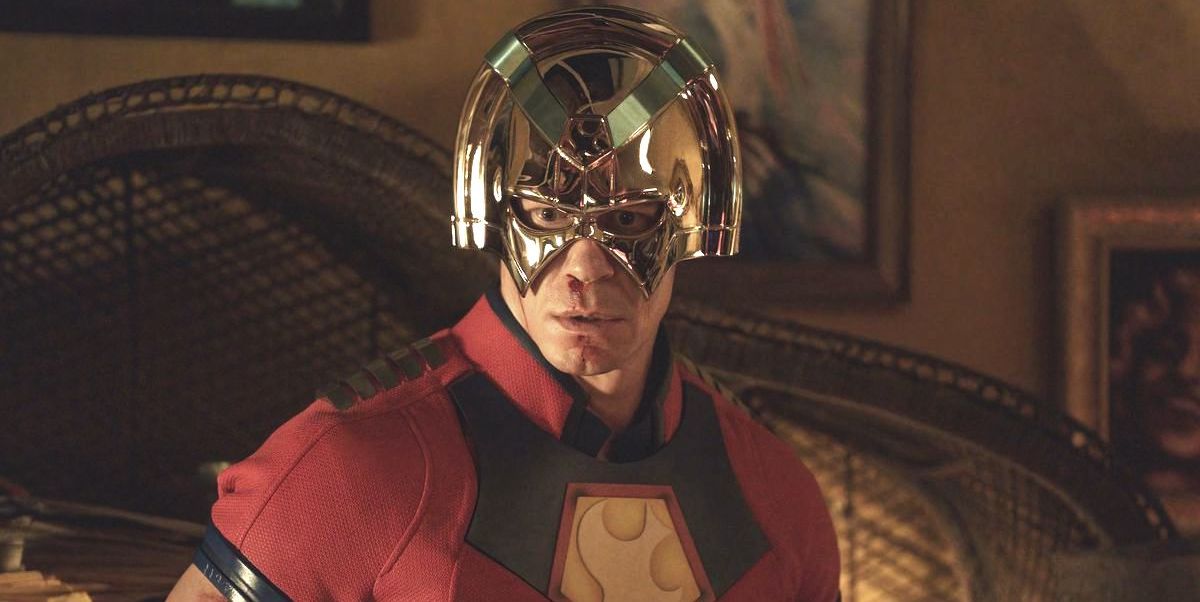 The following story, obviously, contains spoilers for the 2021 film The Suicide Squad.

James Gunn’s The Suicide Squad came out in August 2021. Which, in some ways, feels like yesterday. But in 2021 time (or, I guess, now, 2022 time) it also kind of feels like many years ago. So it may feel a little daunting to hit play on Gunn’s new HBO Max series Peacemaker, which follows the story of John Cena’s perfect character, without rewatching the movie first.

But that’s why we’re here. In case you don’t want to take the 2+ hours to fully immerse yourself in Mr. Gunn’s bloody, vulgar, wild world (and it’s certainly worth it if you want to—the movie is still a blast), we’ve got everything you’ll need to remember about Peacemaker himself and The Suicide Squad before you watch Peacemaker, which serves as both a spin-off and a quasi-sequel to the R-rated superhero hit.

Luckily, it’s not that much to recall; outside of Cena’s Peacemaker, we do have a couple more returning characters, but outside of that it’s largely new characters and a new storyline. Still, it’ll help to be on the same page and know what everything’s all about here.

So without further ado, let’s get into it, shall we?

So, uh, who is Peacemaker again?

Peacemaker, real name Christopher Smith, is a “superhero” (in his own mind, at least) who we first meet in prison when he’s assembled as part of a team (alongside Bloodsport (Idris Elba)) being put together for the latest black ops mission by Amanda Waller (Viola Davis). Bloodsport and Peacemaker have an instant rivalry—both basically have the power of being really accurate and deadly with their weapons; Peacemaker claims he’d kill Bloodsport by using a smaller bullet that would puncture his own.

Waller thinks that Bloodsport would be a good leader, but he mostly seems defeated and just wants to do what he needs to do to move on with his life. Both killers are eventually dispatched as part of a team (one of two) to Molto Cortese, where their goal is to destroy a lab holding something called Project Starfish. The other team dispatched to the island are all killed except for two people (Rick Flag (Joel Kinnaman) and Harley Quinn (Margot Robbie)), which allows Bloodsport and Peacemaker’s team to arrive undetected.

The movie follows the surviving characters for a while, merging both teams together at this point (one scene of Bloodsport and Peacemaker showing off just how good they are at killing people is particularly fun). Peacemaker puts his life motto out there for everyone to know: “I cherish peace with all my heart,” he says. “I don’t care how many men, women, and children I need to kill to get it.” Yeah. Psycho.

Eventually, something is clearly off, and we all find out: Project Starfish is really Starro the Destroyer, a giant alien Starfish who’s been experimented on for 30 years, and also creates smaller versions of himself to take over humans’ bodies. Scary! Anyway, Waller had given secret orders to Peacemaker to make sure the U.S.’s involvement in Project Starfish was covered up; when Flag finds out about this, he’s furious and wants to take the evidence public. This brings on a fight, and Peacemaker eventually kills Flag with a stab of broken concrete to the heart. “Peacemaker—what a joke,” he says before he succumbs.

At this point, we’re all saying the same thing: Fuck Peacemaker. He’s still covering his tracks, and attempts to also kill Ratcatcher 2 (another member of the team who controls rats, notable because Bloodsport is deathly afraid of rats) to cover his tracks. But Bloodsport takes him out with a taste of his own medicine—a smaller bullet from his own gun, that punctures Peacemaker’s bullet, and gets him in the neck. The building then collapses on him. Peacemaker, at this point, is seemingly dead.

Got it. Anything else we need to remember from The Suicide Squad?

Yes. All the while this is happening on Molto Cortese, we’re also following the story of Amanda Waller and company at her headquarters. Waller is running her corrupt (as usual) mission, and when she goes too far (again, as usual) and wants to detonate the bombs inside our heroes’ heads, some of her team members take her out—including Emilia Harcourt (Jennifer Holland) and John Economos (Steve Agee)—overpower her, knocking her out and save the day.

In a post-credits scene, we follow Harcourt and Economos down a hospital hallway where they find out that…Peacemaker is alive! And weirdly not even that hurt for having been shot in the neck and having a building fall on him. And they then reveal that Waller has stuck them with Peacemaker as revenge for them overpowering her when she was going mad with power. (That’s the price you pay, I guess.) And this is where we get the first look at what will be our core Peacemaker team.

Wait…are we supposed to root for this guy?

Ha. Yup! Look, he was definitely not a good guy in The Suicide Squad. And he isn’t much better in Peacemaker either! But think about how anti-hero centered shows work out sometimes; perhaps the best example of recent was Loki, which took someone who killed so many people in 2012’s The Avengers and made him someone we like, care about, and root for. Good writing can do that for basically any protagonist, and when you have as versatile a performer as John Cena, it won’t be hard with those dance moves—even if he’s basically a piece of shit.

Evan Romano
Evan is an associate editor for Men’s Health, with bylines in The New York Times, MTV News, Brooklyn Magazine, and VICE.