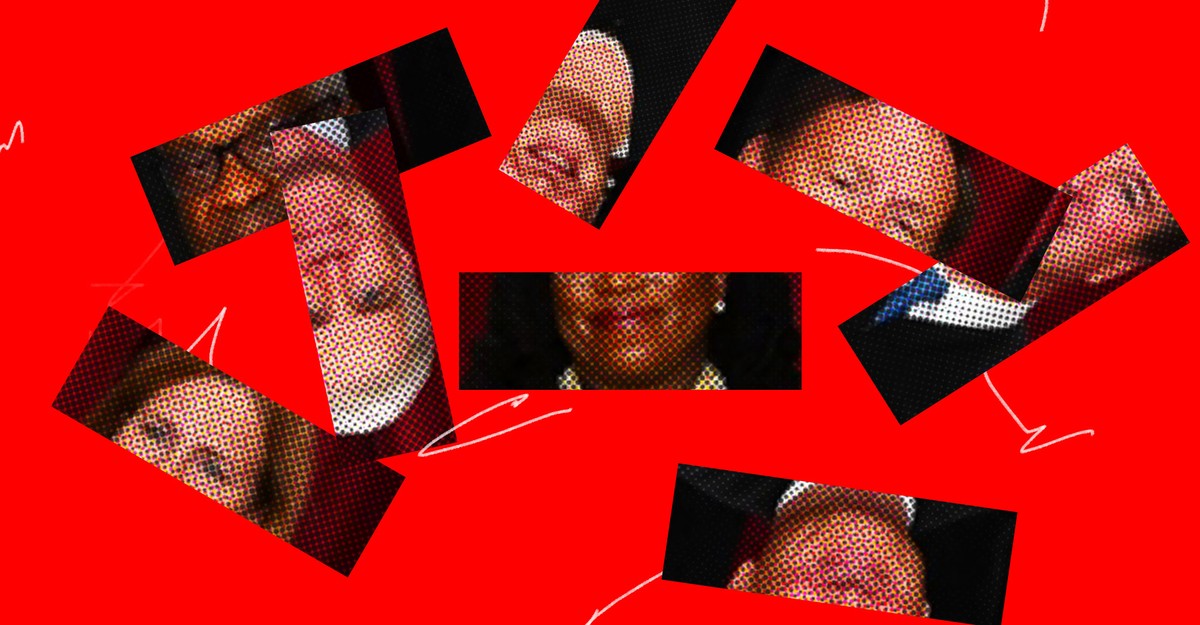 Supreme Court justices often get cross with lawyers arguing cases before them. But six months after the Court overturned Roe v. Wade, the justices are betraying signs of impatience and frustration with one another—sometimes bordering on disrespect. The Court has seen acrimony in its history, such as the mutual hostility among four of Franklin D. Roosevelt’s appointees. More recently, there have been reports of justices’ annoyance with Neil Gorsuch, and Sonia Sotomayor took the unusual step of publicly tamping down speculation of a dustup over his decision not to wear a mask during the Omicron wave a year ago. For decades, though, peace has mostly prevailed.

Justices of sharply different legal views have been dinner-party friends, skeet-shooting pals, and opera companions. Ketanji Brown Jackson’s predecessor, Stephen Breyer, and Clarence Thomas—ideological opposites but quite friendly—would whisper and tell jokes during oral arguments. The one-liners and jibes of Antonin Scalia, the ornery conservative, drew laughs from his conservative and liberal colleagues alike. As Ruth Bader Ginsburg grew frail in her final year, Thomas would offer his arm to ease her descent from the bench. Rancor has always animated the justices’ opinions, but it was limited to pen and paper. On the bench, civility reigned.

Not anymore. I’ve been attending Supreme Court oral arguments since 2013. As The Economist’s SCOTUS correspondent, I’ve watched arguments in the most contentious cases of the past decade—a Church-state fight in 2013; the Affordable Care Act and same-sex marriage showdowns in 2015; clashes over affirmative action (2015), labor unions (2018), voting rights (2018), and abortion (2020); and dozens of others. Only the justices are privy to the mood in their private conference room where cases are discussed after the hearings. But what I have seen this term on open display inside the courtroom is an obvious departure from the collegiality of years past.

Linda Greenhouse: What in the world happened to the Supreme Court?

The breaking point was clearly Dobbs v. Jackson Women’s Health Organization, the ruling in June that overturned Roe. Several long-standing precedents have fallen in recent years at the hands of the Court’s conservative majority. But in overturning 50 years of abortion rights, the Court was split—and not amicably. The minority did not dissent “respectfully” in Dobbs. Instead the three justices dissented with “sorrow” for the women of America and “for this Court.”

Over the summer, discord stemming from the Dobbs decision was apparent in comments by Elena Kagan, Samuel Alito and the chief justice, John Roberts. Roberts responded to charges that the Court was risking its legitimacy by arguing that mere disagreement with a ruling “is not a basis for questioning the legitimacy of the Court.” Two weeks later, Kagan seemed to reply to her colleague, saying Americans are bound to lose confidence in a Court that looks “like an extension of the political process.” Then, days before the 2022–23 term, Alito said suggestions that SCOTUS is “becoming an illegitimate institution” amount to questioning the justices’ “integrity” and cross “an important line.”

Based on the Court’s two most heated days of oral argument this fall, these tensions have not passed. The mood on the bench during these hearings was unrecognizable. With the exception of Gorsuch and Amy Coney Barrett (who look quite happy sitting next to each other), the justices do not seem to be getting along. Questions are long and tempers short. The seating arrangement—by tradition, the newest justices sit on the wings—exacerbates the tension. The three liberal justices are either sandwiched between members of the conservative bloc (Sonia Sotomayor flanked by Thomas and Gorsuch, Kagan by Alito and Brett Kavanaugh) or, in Jackon’s case, stranded at the end of the bench with only Kavanaugh at her side.

At the oral arguments I attended for the affirmative-action cases on October 31, the most conservative member of the Court, Thomas, and his new neighbor, the most progressive member of the Court, Sotomayor, paid each other no attention. Gorsuch, on Sotomayor’s other flank, raised an eyebrow in apparent derision when she asserted that segregation continues to plague American society in 2022. Roberts, whose opposition to all governmental uses of race, such as for hiring and contracting, is among his most strongly held views, tried to appear, as he often does, affable and open-minded. But he ended up holding his face in his right hand, taking in lawyers’ defenses of racial preferences with waning patience.

Lee C. Bollinger and Geoffrey R. Stone: The end of affirmative action would be a disaster

Justices were once at least somewhat circumspect during oral arguments. They would refrain from announcing their actual views, fostering a pretense of open-mindedness. But during the hearings for Students for Fair Admissions v. Harvard and Students for Fair Admissions v. University of North Carolina—both challenges to race-based preferences in higher-education admissions—the justices dropped the charade. In 2016, when this question was last brought before the justices, Thomas had said nothing during oral argument. But he was now contemptuous of the idea that diversity is valuable—or even a coherent concept. It seems to him, he said with a look of consternation, that diversity is just “about feeling good and all that sort of thing.” (Maybe I’m “tone deaf,” he added.) Kagan, meanwhile, was incredulous that the plaintiffs apparently believed that “it just doesn’t matter if our institutions look like America.” She opened her eyes wide and said, “I guess what I’m asking you is, Doesn’t it? … These are the pipelines to leadership in our society!”

Things were even more animated at the oral argument for 303 Creative LLC v. Elenis, on December 5. The justices were being asked to exempt, on First Amendment grounds, a Christian graphic designer from an anti-discrimination law requiring her to design wedding websites for gay customers if she planned to create them for straight couples. (For the graphic designer this was a hypothetical grievance; she had not been asked to design such a website.)

Alito, the author of Dobbs, has always been a formidable interrogator. But since the Court’s rightward turn, he has become imperious. He slapped the bench as he asked his questions, firing them relentlessly and—this is new—sometimes sloppily. During this argument, he made clear that his sympathies lay with the graphic designer, not her potential gay customers. At one point, as Kagan was trying to interject with questions of her own, Alito just barreled onward. He wound up comparing the requirement to design a website for gay customers to forcing a “Black Santa” to sit for photos with children clad as Klansmen. (He was attempting to invert Jackson’s question about a Santa who refused to be photographed with Black children.) At this point, Kagan had had enough, shoving aside the norm whereby justices take care not to challenge one another directly. After Eric Olson, Colorado’s solicitor general, replied that KKK costumes are not protected characteristics, Kagan calmly fleshed out the fallacy of Alito’s logic. Her pace slowed and her register dropped: It would be the same white robe and hood, Kagan said, “whether the child was Black or white.”

Kagan may have already been irritated. Moments earlier, in spinning out another hypothetical involving a discriminatory photographer, Alito had remarked that he assumed JDate was a Jewish dating service. Kagan, who is Jewish, jumped in to say that it was, prompting laughter. Alito then joked that Kagan might also be familiar with AshleyMadison.com, a dating site for married people seeking affairs. The cringeworthy attempt at a joke prompted uncomfortable laughter, which Alito appeared pleased with, though he quickly backtracked. Kagan (who is not married) laughed but rolled her eyes.

Kagan has long been one of the savviest justices, using oral argument to appeal to persuadable colleagues or to limit the damage in cases that her side was bound to lose. Anthony Kennedy, the moderate justice who swung left in some high-profile cases until his retirement in 2018, was the recipient of many of Kagan’s subtle entreaties. In the session on October 31, seeing that she was probably two votes shy of saving affirmative action, Kagan focused her attention on Kavanaugh, who replaced Kennedy four years ago. Gesturing in his direction with an open palm, Kagan asked a lawyer who was contending that racial preferences are unconstitutional whether it’s constitutional for judges to aim for a racially diverse team of judicial clerks.

The unexpected query was a tactical reference to Kavanaugh’s own boast, during his famously contentious confirmation hearings in 2018, that he prioritized diversity in his hiring of judicial clerks. (Of the 20 clerks he has hired as a justice, only three have been white men.) In response, Kavanaugh turned to his colleague, eyebrows slightly elevated and lips pursed. But he didn’t say anything.

The Supreme Court that Donald Trump reshaped isn’t simply more conservative; it’s also much more strained. The tension is not on display every day. Much of the time—including at the oral arguments in the comparatively low-stakes cases on attorney-client privilege and sovereign immunity, which the Court heard last week—the justices keep civil and carry on. Occasionally they even seem to like one another. In November, Alito and Kagan laughed—with Alito joking that he had “forgotten what my next question is”—as they jostled during oral argument in a below-the-radar case on the Quiet Title Act. But when ideologically divisive issues appear on the docket, the agitation bubbles up. In any other workplace, a manager would be concerned about the impact of such fractured relationships on the ability of a nine-member team to work together productively. The worry is more urgent when the testy interpersonal dynamics are among members of the nation’s highest court.