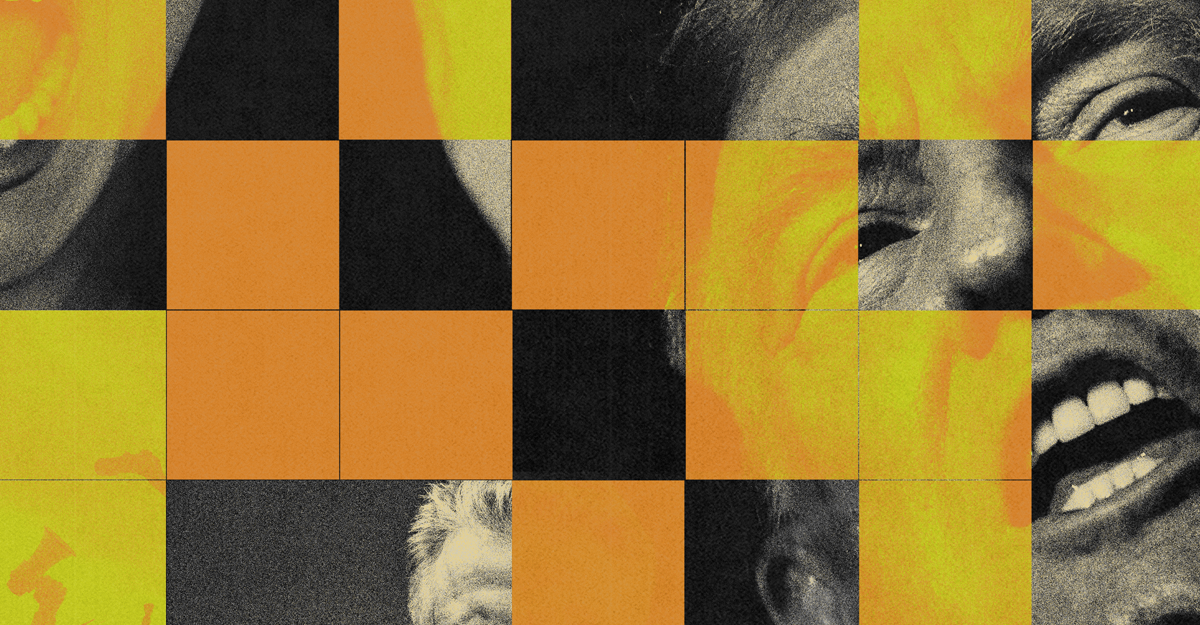 For all the defects Donald Trump has as a politician, he does possess certain skills, among them an almost preternatural ability to tap into the sensibilities—the id—of the American right. More than any other Republican candidate in 2016, Trump was in sync with the base of the party. He still is, as he prepares for what looks like another run for the presidency.

Returning to Washington, D.C., for the first time since he left the White House in the aftermath of the violent assault on the Capitol, Trump gave a speech last Tuesday to the America First Policy Institute (AFPI). It was billed as a policy address on public safety. But everyone knows that policy doesn’t interest Trump in the least. What he cares about is the performative part of politics, inflaming people’s passions, creating chaos and conflict. Politics is a stage on which his disordered personality plays itself out.

Like every Trump speech, it was undisciplined. The former president stayed on script and went off script, sometimes reading from his prepared text and other times riffing on topics including tent cities for homeless people, transgender athletes, and election lies. (The riffs are what most charged up the crowd.)

Despite the speech’s unruliness, certain themes in it are worth examining, because they signal what a Trump campaign might look like. And even if he doesn’t run, they reveal the mindset of the American right. These are the pillars of the GOP.

From the June 2019 issue: An oral history of Trump’s bigotry

Fear: If the hallmarks of Ronald Reagan’s speeches were optimism, hope, and a sense of limitless possibilities, Trump’s speeches are the antithesis. Trump is a genius at tapping into fear. In his AFPI speech, for example, he portrayed America not as a great nation facing significant challenges, but as a dystopia, hellish and desolate, a “cesspool of crime” on the edge of extinction.

Trump spoke about streets “riddled with needles and soaked with the blood of innocent victims,” a nation being terrorized by “drugged out lunatics” and “sadists who prey on children.” He invoked violent gangs “laughing as they bludgeoned the life from their helpless victims” and described a woman being repeatedly stabbed and “bleeding to death in her own bathtub.” He claimed that America’s largest cities are “literal war zones.”

“We have blood, death, and suffering on a scale once unthinkable, because of the Democrat Party’s effort to destroy and dismantle law enforcement all throughout America,” according to Trump. “Our country is going to hell,” he said.

This grim narrative is one Trump has used for many years, and last Tuesday’s speech echoed his “American carnage” inaugural address. But this speech was bleaker, its portrait of America more terrifying.

This dark view of the world reflects Trump’s own dark temperament. But his description of America also resonates with many on the right who believe that America is caught in a spiral of doom. It reinforces the core belief among Trump supporters that things are so desperate, embracing Trump’s corruption and lawlessness is necessary to defeat the barbarians at the gates (Democrats).

Trump is positioning himself as the indispensable man, a selfless public servant who, because of his boundless love for America and its people, will give up his life of comfort and ease to reluctantly reenter the political arena.

In the world according to Trump, the choice is a stark one: Support him, and you defend civilization; oppose him, and you invite savagery.

Grievances: One of the things Trump understood from the moment he ran for president in 2016 was that the Republican Party’s base was roiling with resentments and grievances. Its members felt patronized, disrespected, dishonored, and persecuted by the elite culture. They were sick of it, they were enraged by it, and they weren’t going to take it anymore.

One Trump supporter who is intimately involved in politics, and who requested anonymity so he could speak candidly, put it to me this way last week: “The left plays dirty. They’re smashmouth all the time. They insult and degrade and attack, and they’ve done that for years. I think it’s inevitable that this new wave of GOPers”—Trump and the countless Republicans who emulate him—“has emerged that wants to go toe-to-toe with them. And frankly, most people I talk to say it’s about time.”

Trump has spent half a dozen years not only validating those feelings but amplifying them. Time and again he signaled to his supporters that they were being viciously and unjustly attacked, that the game was rigged against them. He would be their merciless defender, their avenging angel. This created a powerful visceral attachment to the former president.

This time around, Trump has added something new to the narrative, representing himself as persecuted for the sake of his people.

“If I renounced my beliefs, if I agreed to stay silent, if I stayed home and just took it easy, the persecution of Donald Trump would stop immediately,” he said in his AFPI speech. “But that’s not what I will do.”

“A friend of mine recently said that I was the most persecuted person in the history of our country,” Trump said. “And then, I started thinking about it, Kellyanne [Conway, who was in the audience]. And I said, ‘You know what? He may very well be right. He may be right.’”

Trump then said this: “Never forget, everything this corrupt establishment is doing to me is all about preserving their power and control over the American people. They want to damage you in any form, but they really want to damage me, so I can no longer go back to work for you. And I don’t think that’s going to happen.”

Trump is telling his supporters that he is all that stands between them and those who want to inflict great pain and grave harm on them.

Hate: Trump used his speech to portray his opponents as not just misguided but wicked and therefore suitable objects of hate. America’s 45th president said, “Despite great outside dangers, our biggest threat in this country remains the sick, sinister, and evil people from within.” And this: “We’re standing up against some of the most menacing forces and entrenched interests and vicious opponents our people have ever seen or confronted.” He described Democratic Representative Adam Schiff as “a sick, evil, very bad human being.” The January 6 committee, he said, is made up of “hacks and thugs.” He then made this move: “But no matter how big or powerful the corrupt radicals that we’re fighting against may be, no matter how menacing they appear, we must never forget this nation does not belong to them. This nation belongs to you, the American people.”

What Trump has done in the eyes of his supporters is to set up a clash of epic, almost biblical proportions: the children of light versus the children of darkness, patriots versus traitors, the decent versus the depraved. In an existential conflict such as this, everything is permissible; nothing is off limits. This is a fight to the death.

Trump might not run for president in 2024—and if he runs, he might not win. Much of Rupert Murdoch’s media empire is turning against Trump. And as Sarah Longwell wrote in The Atlantic on Thursday, focus groups of Trump 2020 voters indicate that “the accumulating drama of the January 6 hearings—which they can’t avoid in social-media feeds—seems to be facilitating not a wholesale collapse of support, but a soft permission to move on.” He may be just a bit too mad even for a MAGA party.

Whether Trump wins or not, he has left an imprint on the Republican Party. In 2016, Trump was the outlier, a political freak. Today his inclinations, his enmities, his style of politics define the GOP. Even the person widely seen right now as the most formidable challenger to Trump, Florida Governor Ron DeSantis, is “diet Trump,” in the words of one political strategist.

Whoever leads the Republican Party in the years ahead, the fear, grievances, and hate Trump poured into the cauldron won’t dissipate anytime soon. If and when the GOP finally does break away from the dark, fanatical, cultlike qualities that now characterize it, it will do so because the people who compose and define it seek—even if imperfectly—what is true and good and honorable. For the Republican Party, the only way out is the way up.