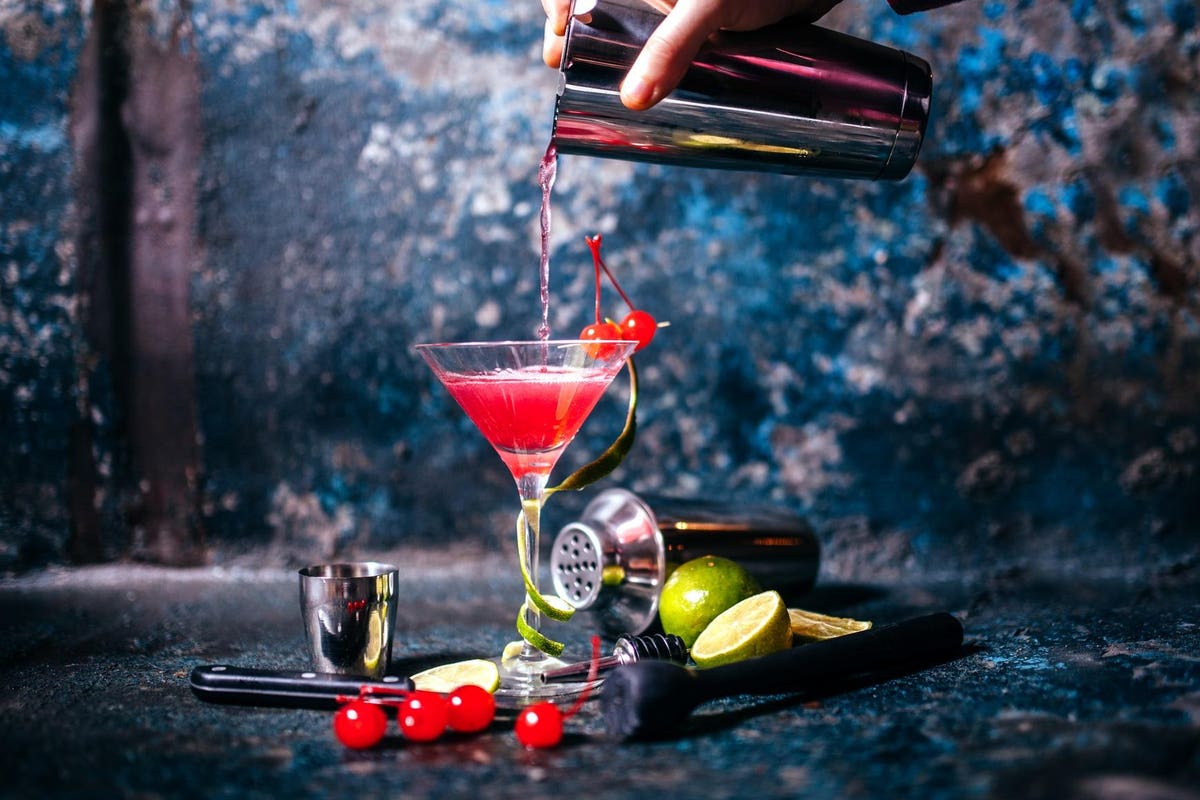 When we think of the Cosmopolitan, we of course can’t help but remember Sex and the City. Carrie and the girls were often seen enjoying them on this iconic series.

But the Cosmopolitan was more than a part of a beloved television series that is soon to make yet another return. It also was a huge part of cocktail history.

“Ten years before Sex and the City took the world by storm and Manolo Blahnik sales soared, the Cosmopolitan that we know today was born in the cultural mecca that is New York City,” said Elyse Blechman, National Brand Ambassador for Absolut Vodka.  “My friend and the father of the Cosmo, Toby Cecchini was hard at work behind the bar at The Odeon in 1988, mixing martinis and such for celebrities and creatives alike. To concoct something vibrant and new for the in-crowd to sip at soirees, Cecchini began tinkering with a Vodka Daisy recipe – meaning a traditional sour style cocktail with the addition of a liqueur,” said Blechman.

The Cosmopolitan was undeniably seen as sexy and trendy, and it became a favorite cocktail of “girls night outs” for everyone who wanted to capture their inner Carrie or Samantha. “In 1998, Carrie and the gals brought that vibrancy, that panache, that moment of glamour and glitz to every home (with HBO). The Cosmopolitan transcended cultural echelons, becoming something spectacular for everyone to enjoy,” said Blechman.

Of course, that’s one origin theory for the Cosmo, but there’s other pretty solid ones too! “The Cosmopolitan has several origin stories, but renowned cocktail historian Gary Regan has settled on Cheryl Cook of the Strand Restaurant in South Beach, Florida, as its creator around 1985,” according to Anthony Caporale, Director of Spirits Education at the Institute of Culinary Education.

Cook described what inspired her to develop the drink in a letter to Regan, revealing the true secret to the drink’s popularity: “What overwhelmed me was the number of people who ordered martinis just to be seen with a martini glass in their hand. It was on this realization that gave me the idea to create a drink that everyone could palate and was visually stunning in that classic glass. This is what the Cosmo was based on.”

The rest is a hallmark of martini history. “I start my Martini Masterclass at The Institute of Culinary Education with the insight that most people who drink martinis want the glass, not the liquid in it, and the meteoric rise of Cook’s creation bears this out,” said Caporale.

But like every trend, the Cosmopolitan had its moment in time, and then faded from the limelight. “I’m sure there are a number of reasons why the Cosmo’s popularity has waned, but I’d guess the biggest is precisely because it was so emblematic of its era,” said Caporale. “As we’ve moved past the late 80’s and early 90’s, we’ve left behind the trends that helped define them, and the Cosmo was certainly one of those.”

Whether or not it is a cocktail that we give a second look now, there’s no denying it remains worthy of being in every guide of classic cocktails. “There’s no doubt that the Cosmopolitan has earned its place in the cannon of classic cocktails, though, and it’s easily the most well-known of the callable (i.e., it can be ordered, or called, in any bar whether it’s on the menu or not) post-Prohibition drinks,” said Caporale.

The recipe can be traced to two bar standards that preceded it by at least 30 years: The Cape Codder and the Kamikaze.  “Both of these feature vodka and lime, with the former using cranberry juice as a mixer and the latter adding triple sec,” said Caporale. The combination of all four ingredients in the Cosmo quite simply, and unsurprisingly, works, so if you haven’t had one in a few decades — or ever — it should definitely be on your cocktail collector’s tasting list.

“The two things that set apart a great Cosmo (to my taste) are not using too much cranberry juice and being sure to shake the drink until the tin is frosted,” said Caporale. “I see lots of deep-red Cosmopolitans, and that’s a sure sign all you’ll taste is cranberry juice.”

This is fine if it’s what you enjoy, but Caporale says in that case, you may want to taste a Cape Codder instead, which is almost the same drink but served on the rocks with much more cranberry juice.  “Also, I like my Cosmos to have a thin layer of fine bubbles and ice chips on top,” said Caporale. This means the drink was shaken thoroughly, so the ice chips will keep the drink cold longer and the bubbles will help carry more flavor to my nose.

Trends tend to exist in cycles, and just as the Sex and the City series seems to be making a return, so does this iconic drink that will always be associated with Carrie and the other ladies. “I think we can all attest to the circular nature of trends – what’s kitsch becomes cool again as the wheel turns,” said Blechman.

Over the past two years as National Brand Ambassador for Absolut Vodka, Blechman has been on a crusade she calls the #CosmoComeback – a call to action to recenter this neo classic cocktail in our moments of conviviality.

“The Cosmopolitan is a sliver of our popular culture, a cocktail that has woven itself into the zeitgeist,” said Blechman. “This little pink drink is an emotion, an expression, a mindset, a total vibe – “class in the glass” as I like to say. The Cosmopolitan itself is the celebration. Let us rejoice!”

This is one comeback we’re very ready to support!