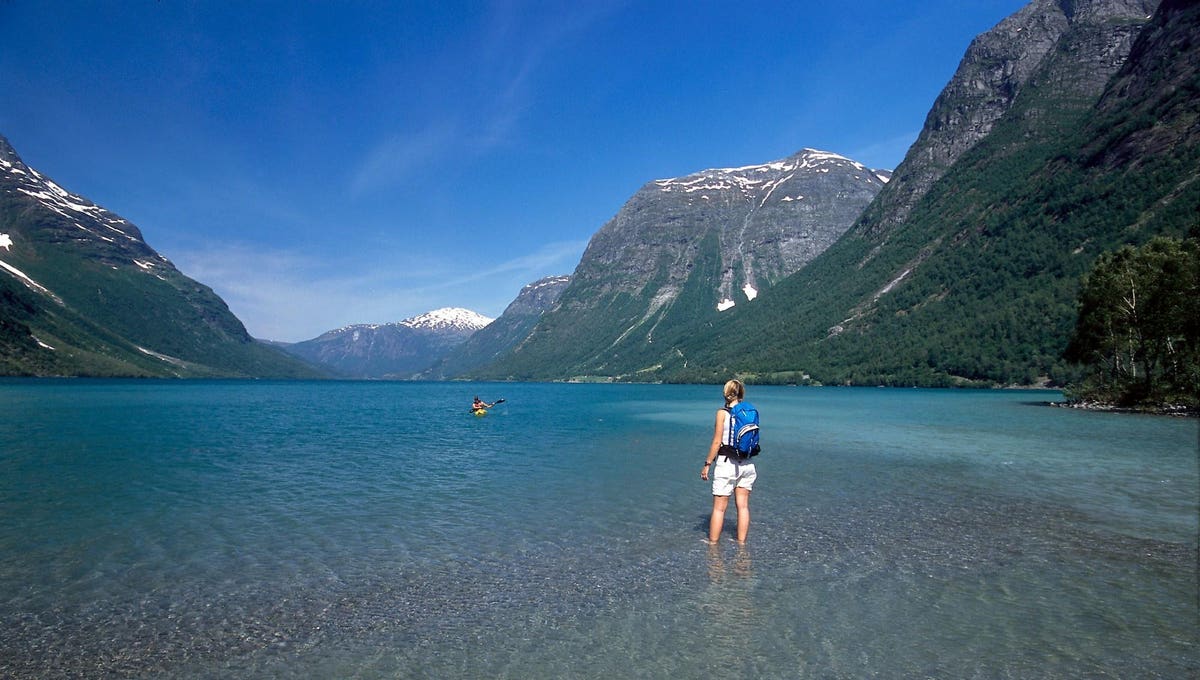 Fueled by photography from social media influencers, Lovatnet in Norway has enjoyed a surge in popularity over the last decade. Take a quick glance at the photos and it’s not hard to see why this glacial lake attracts so many camera-wielding tourists.

But there is a danger at Lovatnet—also known as Loenvatnet—that’s hidden in plain sight by the steep mountains lining the lake. Scars in the mountainside are the most obvious clue as to what happened here several times in the last 100 years, and what geologists are almost sure is going to happen again one day.

The steep mountains that give Lovatnet its picturesque quality are also the lake’s biggest problem. Between 1905 and 1950, rockslides from the mountain Ramnefjell plunged into the calm water at the southern end of the lake several times, creating enormous waves that caused great loss of life and damage to surrounding areas.

In 1936, more than one million cubic yards of rock fell from a height of more than 2,500 feet into the lake, creating a wave more than 200 feet high. 74 people died, while 16 farms and countless other residential and industrial buildings were destroyed.

It came just 31 years after a similar incident wiped out two villages with a human cost of 61 lives. Geologists that studied the original incident decided the likelihood of a repeat was so small that farms and villages were rebuilt. It was an error of judgement that would prove very costly.

These days, there a few farmers living on the shores of Lovatnet, but land use and development is strictly controlled.

The scars in the landscape are clearly visible and have been the subject of several scientific studies. Sophisticated monitoring equipment and evacuation plans are now in place that should be able to give adequate warning if—or rather when—a repeat incident occurs.

Is it safe to visit Lovatnet?

Located at the inner end of the Nordfjord close to two glaciers and the recently-opened Loen Skylift, Lovatnet has much to attract the curious tourist. But is it safe?

Given the advanced monitoring and warning systems now in place, Lovatnet is a relatively safe place to visit. The risk can broadly be compared to visiting an earthquake-prone city such as San Francisco. We know a major earthquake is going to occur at some point, but that doesn’t stop tourists flocking to the city year-round.

The Norwegian Directorate for Civil Protection publishes and regularly updates an Analyses of Crisis Scenarios document. It is a comprehensive threat and risk assessment featuring specific scenario planning, including the potential of a rockslide triggering a tsunami. The likelihood of such an incident in one of the 26 areas identified in the report over the coming 100 years is estimated to be 40%.