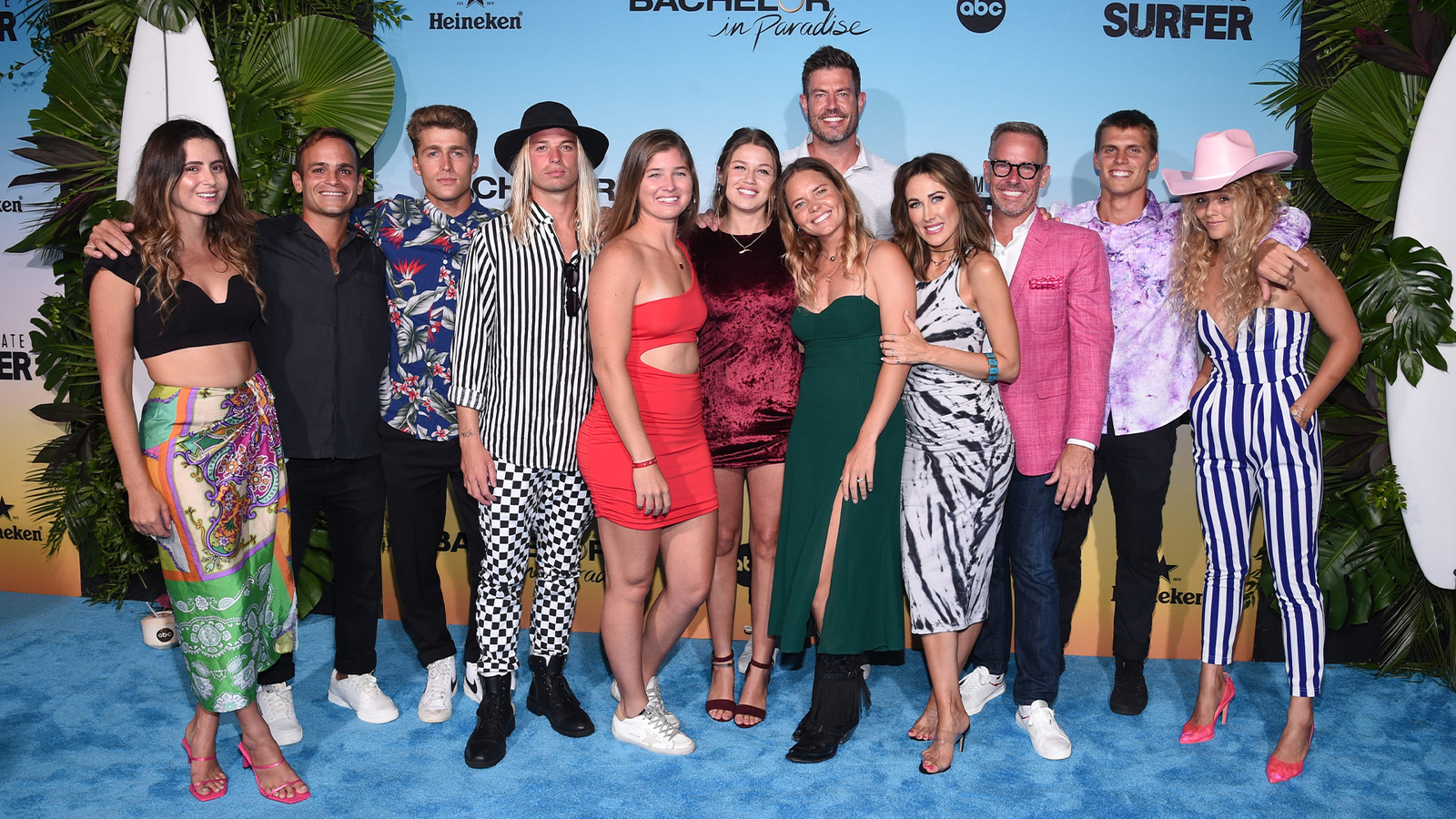 LOS ANGELES — Calling all sports fans and drama lovers: A new competition show is making waves and promising some sexy summer fun. Fourteen of the greatest up-and-coming surfers will battle it out on “The Ultimate Surfer” in hopes of winning $100,000 and a chance to compete on the elite World Surf League (WSL) Championship Tour.

“It is a combination of some sexy bodies, mixed with maybe some romance, but honestly it’s so beautiful aesthetically, you do not have to be a surf fan,” sports anchor Erin Coscarelli told On The Red Carpet at the show’s premiere party in Santa Monica, California.

Not only do the surfers train together, but they live together in WSL’s state-of-the-art Surf Ranch in Lemoore, California. In the high-stress environment, tensions are bound to rise, both on the water and off.

“Because of all the drama outside of the water — there’s alliances, there’s rivalries — the key to this show isn’t just being a great surfer… Also, you have to play ‘the game,'” Palmer said.

“It’s going to be juicy, that’s what I’ve been saying the whole time,” surfer Austin Clouse teased. “It’s not just about the surfing, which is cool.”

The competition show airs Mondays and Tuesdays following “Bachelor in Paradise” on ABC and Bachelor Nation is going to want to stay tuned. Not only is the host a former Bachelor himself, but Bachelor Nation favorites Hannah Ann Sluss and Mike Johnson make guest appearances on the show.

“It was so much fun. I had such a blast being able to learn from all these professional surfers,” Sluss said. “I love their energy. They’re just very easygoing.”

Johnson said that while he’s the “laughing stock” of the show, he had a great time filming.

“They tried to get me to surf and get a wave,” Johnson recalled. “I did so bad that the cameras left and they still [were] trying to help me out. It was terrible.”