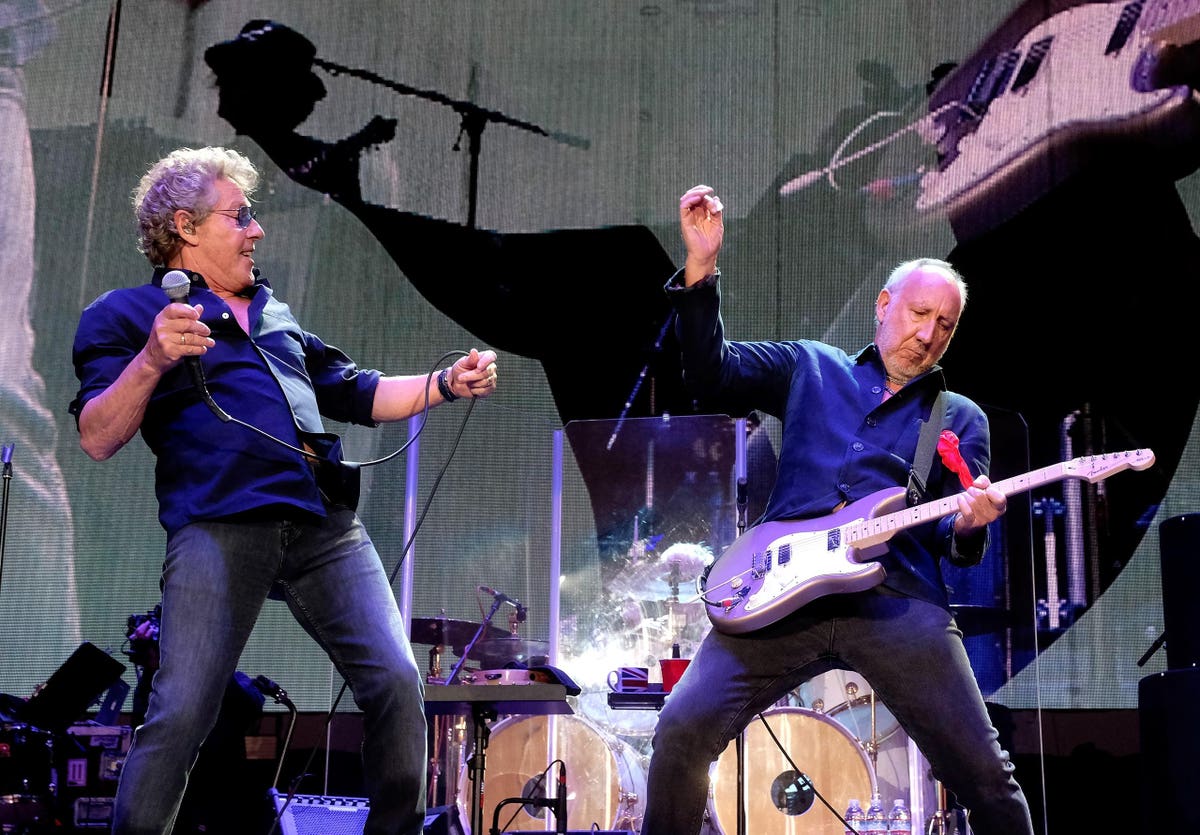 The thing about classic rock bands like The Who, which has been playing together on-and-off since the mid-1960s, is that they begin to attract fans from different demographic groups the longer they tour. At a concert last night at Enterprise Center in St. Louis, Missouri, as part of The Who’s Hits Back tour, some attendees weren’t even born when The Who’s famous drummer, Keith Moon, passed in 1978, let alone when the band stole the show at Woodstock in 1969.

James McCutcheon, 21, a senior at Washington University in St. Louis, is one such fan. James says his dad introduced him to The Who as a kid. “I remember “Pinball Wizard” blasting in the car,” he says. “But during the 2010 Super Bowl halftime show [“Pinball Wizard,” “Teenage Wasteland,” “Who Are You?” “See Me, Feel Me” and “Won’t Get Fooled Again”], he sat me down and said, “We’re going to listen to this.” It’s one of the things we’re able to connect over.”

James’ 62-year-old father, Jim, a retired corporate lawyer who traveled all the way from Westfield, New Jersey, to be with his son at the St. Louis show, agrees. “I introduced James and my daughters to the classic rock I loved very early on, hoping they would enjoy it as much as I do. James did to the point where we bonded over it. Just liking the same music is great for bonding, but going to concerts like The Who puts it over the top.”

Another younger fan of The Who is Celine Crenshaw, like James, a 21-year-old senior at Washington University. She doesn’t remember exactly when she first learned about the band, but “growing up, they were just always there, songs from movies, on the radio and stereo, what not.” Crenshaw knows her music. She’s performed classical piano recitals at Carnegie Hall on three separate occasions starting when she was just 15. It’s the same venue Who singer Roger Daltrey and guitarist Pete Townshend played at in 1994. (Crenshaw planned to attend the St. Louis show with the McCutcheons, but fell ill at the last minute after an adverse COVID-19 booster reaction.)

The trend toward younger classic rock listeners is not unique to The Who. Other touring veteran rockers like The Rolling Stones, Eric Clapton, Sir Paul McCartney and The Eagles are all experiencing it, both in record sales and live. In the age group 25-34, nearly half (49%) surprisingly say classic rock is their favorite music genre, according to a 2018 study conducted by Hubbard Chicago, a radio and digital media company in Chicago, Illinois.

After the show, I briefly interviewed James and his father by phone. Both said that they had had a great time, that the performance exceeded expectations. “Roger’s voice still sounds fantastic despite his throat-cancer scare a few years ago,” James said. “Who knows, with the energy they bring at their age, maybe they’ll still be kicking it in 10 or 20 years.”

As to age of the audience, James and Jim both said it was mostly an older crowd, but sprinkled in were younger people. “As a matter of fact, I ran into Ethan, my ex-suite-mate from freshman year. I had no idea he was going to be there,” said James. Piped in Jim: “I saw a father telling his boy, who probably was 10, that he was the youngest there. Then I saw an eight-year-old walk by [laughs].

The two agreed that their favorite song of the night was Baba O’Riley, which closed out the show. “The violin solo at the end, the drums pumping, the experience of being there while it was all happening – no other song gets the blood going like that. Makes you want to get up and dance!” The elder McCutcheon cocurs. “I felt like I was going to burst out of my skin by the end of that one,” he laughs.

There you have it. Like fathers, like sons. My generation, your generation. Summarizes Daltrey: “Here we are at the grand old age of 78, 79 – like [Sir] Mick Jagger – where people bring their grandchildren to these shows, some of them eight years old. Eight ‘til 80 [laughs].”