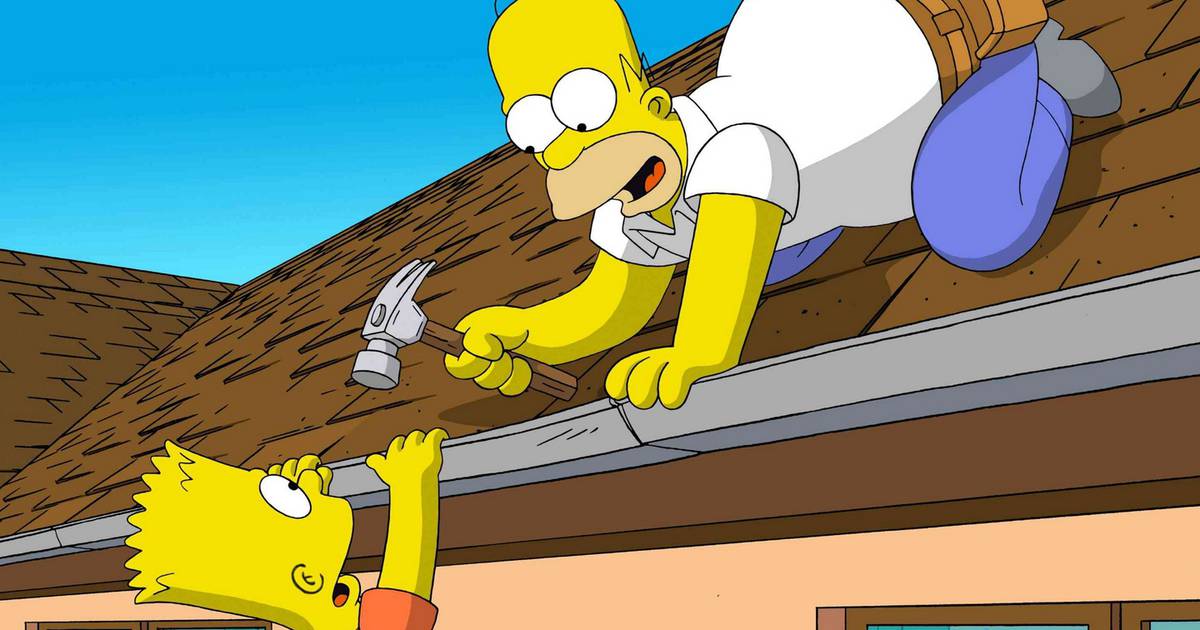 After dinner one evening, myself, Son Number One and Daughter Number Three sat down to do something we hardly do any more: watch a couple of episodes of The Simpsons. It was almost meditative.

An odd thing to say, you might think. Let me explain. When they were younger – around the age Daughter Number Four is now – it was a central part of the evening routine. Dinner, Simpsons, bed. So doing it again was partially nostalgic – they were old episodes, both of which Son Number One remembered – but just as important was the way we watched it. The Simpsons is available on one of the streaming services, but we opted to watch it on old-fashioned television, just like we used to. There were adverts. We had to wait for the next bit.

Daughter Number Four ducked her head around the door, saw what we were doing and walked out again. She doesn’t understand sitting through adverts. She’s never had to. In the space of the age gap between her and Daughter Number Three came the internet and the smartphone. Daughter Number Four doesn’t expect to have to wait for anything. She has never watched “television” in the way her siblings have; she’s never had to wait for a week for the next episode. She may never have to. There are a number of shows she likes, all of which can be accessed within seconds, along with thousands of others. She still enjoys the occasional trip to the cinema, but that’s mostly for the sociability and the popcorn. She lives in a world where everything can be accessed, all the time.

It only gets tricky for her when she feels like watching something new. She can scroll through the app on my phone, but the longer she does it, the less able she is to make a choice. More than once, she’s said: “There’s too much.”

And this isn’t because of her youth, or that she’s already become a freedom-hating leftist: she’s merely stating a physical, economic and psychological truth about the developed world. There is too much. There’s too much of everything.

Daughter Number Four has never watched “television” in the way her siblings have; she’s never had to wait for a week for the next episode. She may never have to

We’re not just talking about TV shows now, but virtually any product or service: clothes, car parts, education, self-help books, Goop products. You can shop for a new version of yourself.

This is the crescendo of consumerism, where not just the products but the very act of shopping itself is marketed to us as spiritually uplifting. Choice is an unquestioned good, inextricably linked to democracy and freedom. There is never too much: the more choice you have, the more free it is.

Yet there is a massive body of academic work cataloguing how all this choice fails to make us happy. Rather, it’s the opposite: it’s linked to increasing levels of depression and anxiety. Go online to search for a new pair of boots, and you might still be doing so next year; or have bought several pairs that don’t quite satisfy. Good enough boots won’t do: you’re caught in a loop of searching for the Platonic ideal in boots, ones that don’t actually exist.

This is not to argue that choice is in itself a bad thing. It’s central to our sense of agency, of having some sense of control. But all the evidence suggests that we’ve reached a point where our eyes are bigger than our bellies, and that the most important choice we need to make is how much choice we wish to have. Too little is restricting. Too much is overwhelming.

During one of the commercial breaks, Son Number One spoke about when they were little, and how I would occasionally bring them down to the local, long-gone branch of Xtra-Vision to rent a DVD. It was always a delicious torture for them, because they had to pick just one film. It often took a while. Yet it was somehow easier, he said. Daughter Number Three agreed. And then they went back to looking at their phones.