The disaster in Ukraine stays on the forefront of Opposition Leader Anthony Albanese’s thoughts as he calls on the federal authorities to contemplate following within the footsteps of nations comparable to France and Italy and “expel diplomats” in response to Russia’s actions.

“What I’m suggesting is that the government should consider doing what countries like France and Italy and others in Europe have done, which is to expel diplomats in response to the outrageous atrocities that are being committed by Russian forces in Ukraine,” Mr Albanese stated.

“We have war crimes being committed. We have civilians being murdered. We have rape being used as a weapon of war, and we need to send the strongest possible message to join with our allies.”

Mr Albanese says he is not suggesting expelling the Russian Ambassador to Australia.

“What we suggest is that we join with other like minded countries in sending a very strong message to Russia. And we make that suggestion to the government,” he stated. 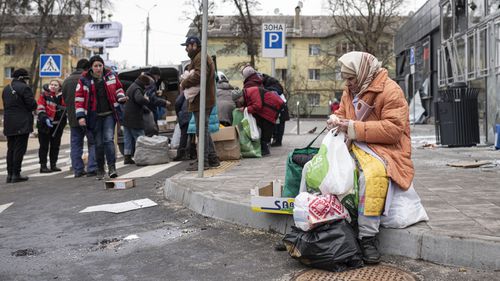