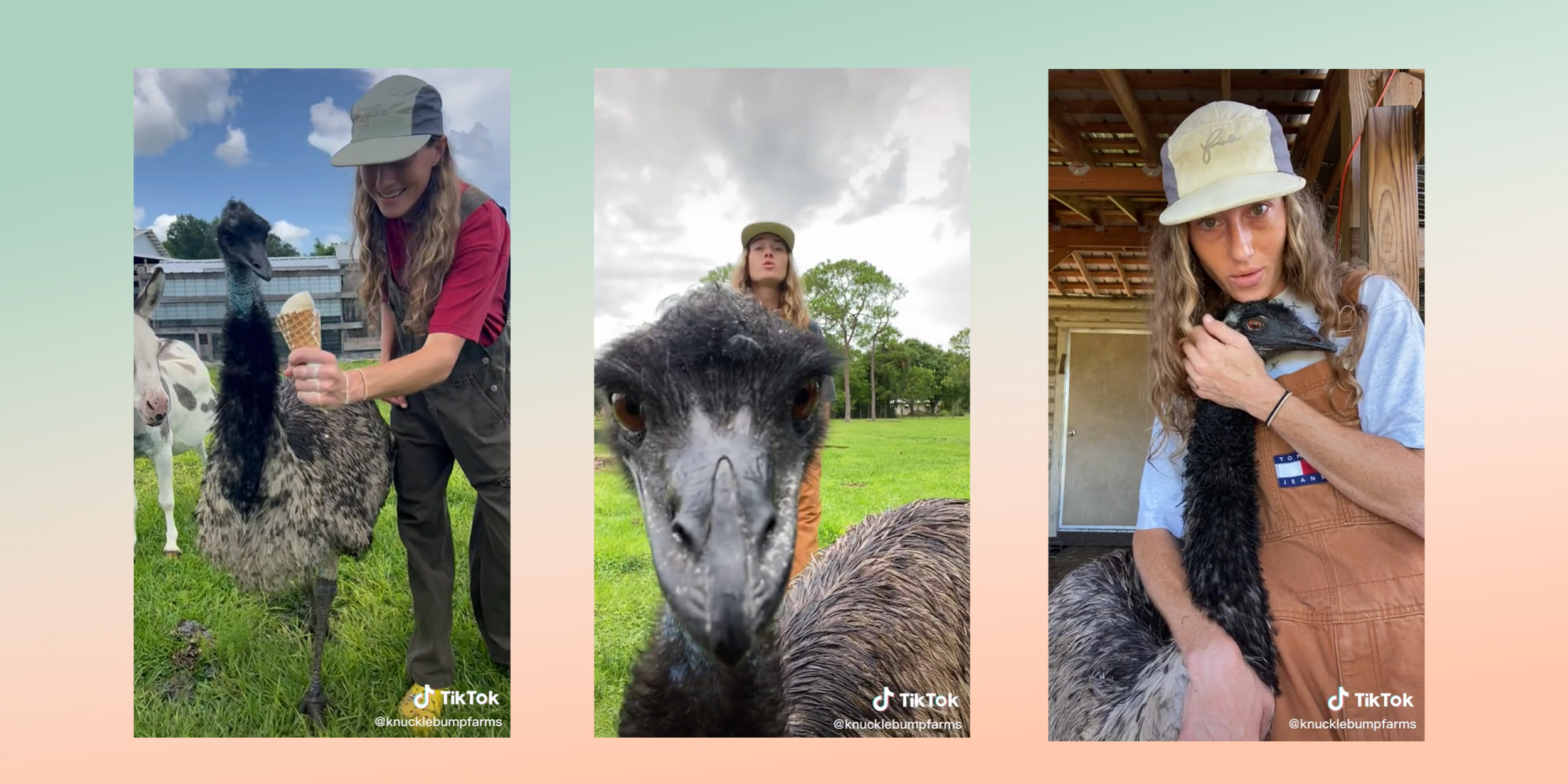 Emmanuel came down with the virus after a flock of wild Egyptian geese were making frequent visits to Knuckle Bump Farms, the South Florida farm where he lives.

Blake would help chase off the geese as they pose a real threat to domesticated birds, but they would come back at night, Blake said.

The virus has now claimed the lives of 99% of the farm’s birds and left Emmanuel fighting for his life since Wednesday.

“I will do anything and go into any amount of debt to save his life,” Blake tweeted about her best friend. “My vet came out and was able to sedate and stabilize him until I could find an avian specialist. I have been treating him around the clock since Wednesday.”

It’s “relatively impossible” to vaccinate birds for the virus because there are many mutated versions of it, according to Blake. The farm is in touch with the state following the tragedy, which thinks standing water from Hurricane Ian has made the Avian Influenza spread rampantly.

Blake has been nursing Emmanuel around the clock and says while his neurological symptoms have subsided, he still won’t eat or drink on his own and he has nerve damage in his right leg and foot.

The caretaker and her girlfriend built Emmanuel a sling for his damaged leg and have started physical therapy with him so he can regain function of it.

On Sunday, Blake tweeted that Emmanuel is making progress — sitting up by himself, taking backwards steps and putting pressure on his right foot.

“This is the first time he’s done this, and at this point, every small step feels like a milestone,” she said.

Emmanuel has a long road ahead, but Blake expects him to recover and “continue to spread love, light and joy.”

“He is a fighter and I wholeheartedly believe he is going to make a full recovery,” Blake said.

Emmanuel Todd Lopez, as Blake calls him, first pecked his way to fame by making appearances during TikToks she filmed for the farm’s TikTok account, @knucklebumpfarms, which now has 2.4 million followers.

The flightless bird would aim straight for the iPhone camera, with a sole goal to knock it down.

“Emmanuel, don’t do it!” Blake often says to the emu when he crosses in front of her and the iPhone camera. Emmanuel then normally pauses, stares into the lens and completely takes over the shot.

NBC News has reached out to Blake and Knuckle Bump Farms for an update on Emmanuel.

Kurt Chirbas is a senior editor for NBC News based in New York.

Mirna Alsharif is a breaking news reporter for NBC News.