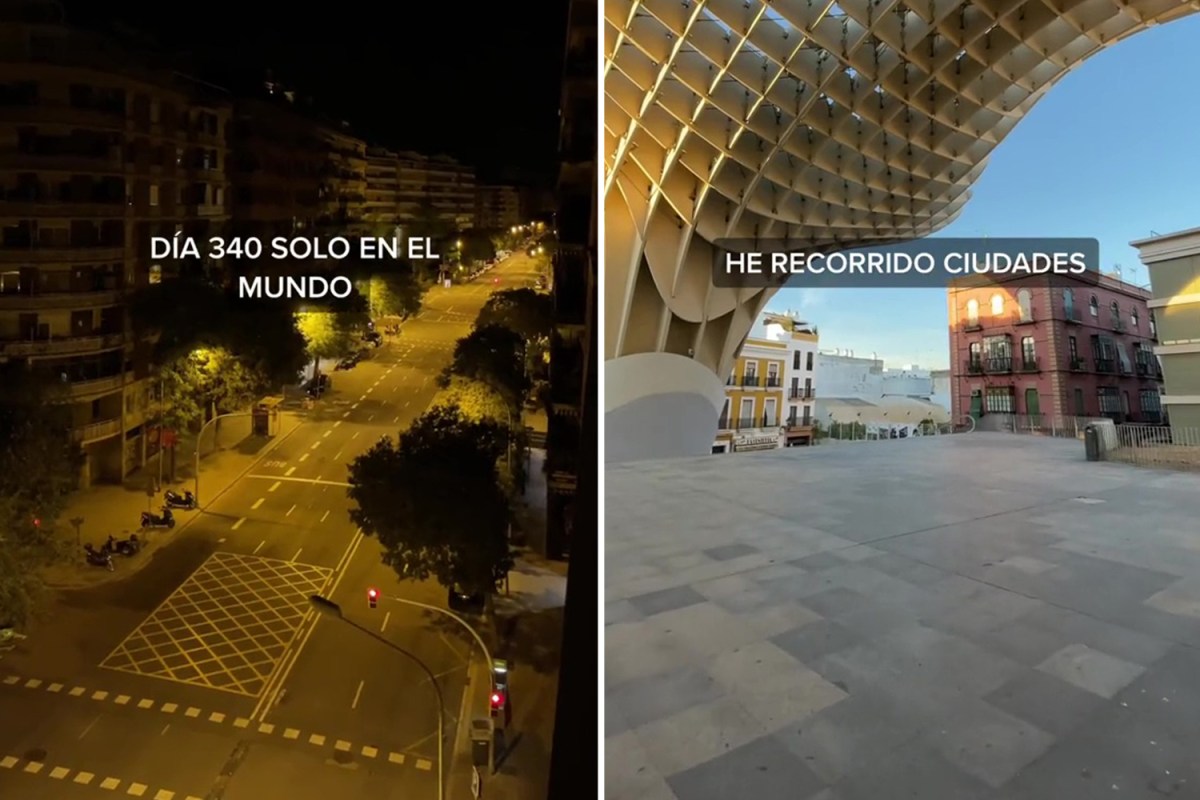 A “TIME traveller” claims to be from the future and has shared “proof” on TikTok that he has been alone in a post -apocalyptic world for 340 days.

Javier claims to be from the year and 2028 and has continued to proclaim that they are no humans left – even though buildings and cars are still in place.

The social media user, who goes by the name @unicosobreviviente (only survivor), first posted on February 13 last year showing the city of Valencia, Spain, empty, without any people around.

After soon after more videos of the empty city followed, where there is absolutely no human activity – yet electricity and internet connection remain available for the TikToker to be able to upload the videos.

Fast forward 11 months and Javier now claims that he has is still stranded and has spent 340 days in total isolation with the world at his mercy.

The Spaniard captioned one of his latest posts: “Day 340 alone in the world, I have toured cities and many more.

“What could be happening to me?”

In another video shared a day prior, he visited a famous museum in his home city that he claims is “always full of people.”

The venue is devoid of all human life as he appears to be able to roam freely around the deserted venue that is perfectly preserved.

Since his first post, Javier has often shared updates of his “life in the future” and suggests he has also visited future incarnations of Barcelona, Madrid and Seville.

The self-proclaimed time traveller has also since claimed he is trying to find a way to come back to the present day having previously asked for help from his followers.

“I keep trying to find human life. I am starting to lose hope. Today I got something to eat. How long is this going to last? Mention in the comments who might be able to help me,” he wrote.

When asked by his followers how is it possible he still has light and internet if there are no humans around, the Tiktoker replied that he wasn’t sure but “most likely there is a type of connection” between the two years.

‘Time traveller’ claims to have visited 2027 and flims ‘human extinction’