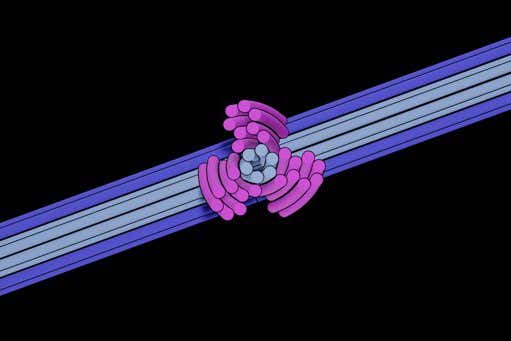 A turbine only a few dozen nanometres in size built from DNA rotates in salty water without having to be pushed, which makes it a tiny autonomous machine. It could be used to speed up chemical reactions or transport particles inside cells

A tiny turbine made from DNA looks like a windmill and is hundreds of times smaller than most bacteria. It rotates when immersed in salty water and could be used as a molecular machine for speeding up chemical reactions or transporting particles inside cells.

Cees Dekker at Delft University of Technology in the Netherlands and his colleagues created the turbine after being inspired by a rotating enzyme that helps catalyse energy-storing molecules in our cells. They wanted to build a molecular machine that could similarly do work, …