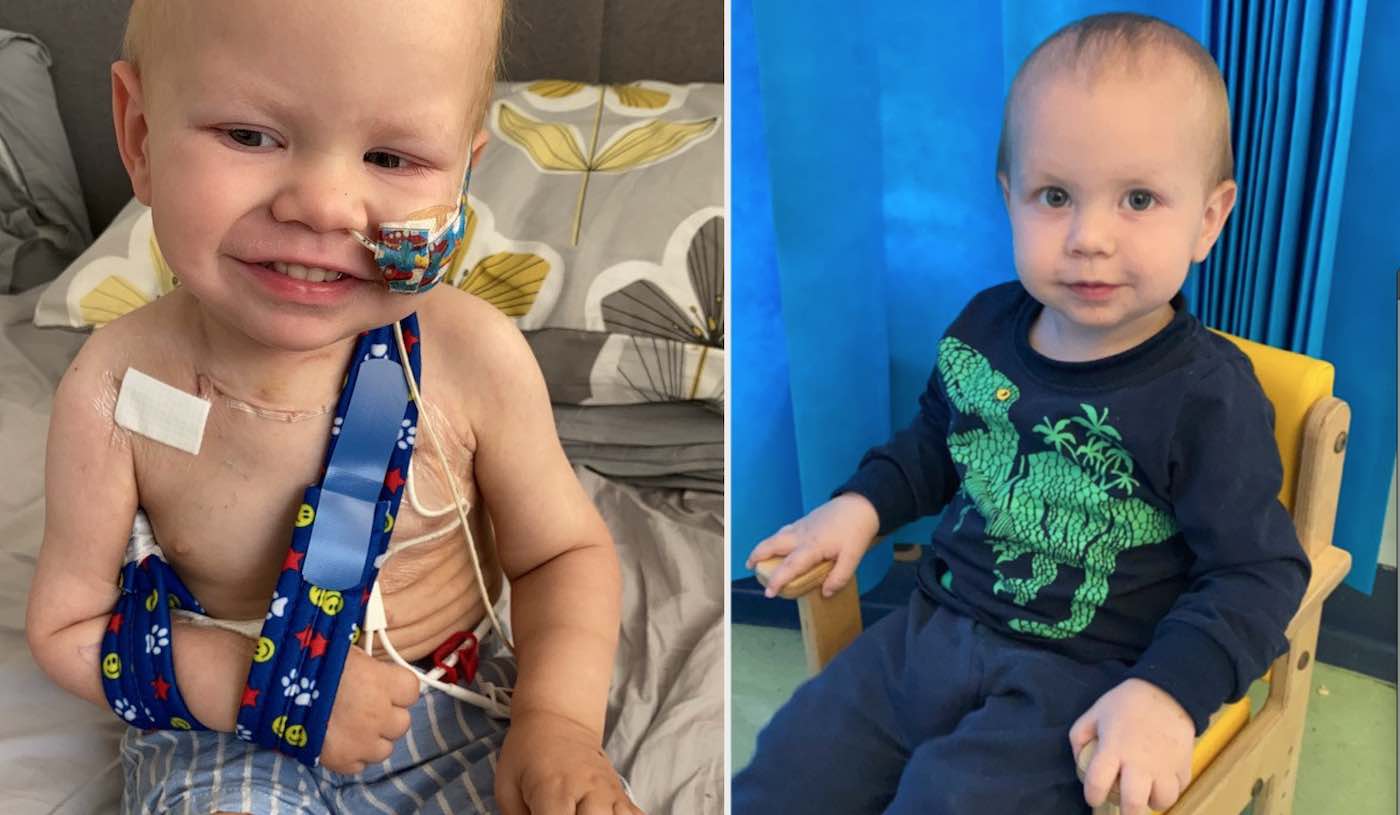 A toddler given a prognosis of six to 12 months to live after doctors found a tumor has defied the odds and been declared cancer-free.

In April of 2021, Leanne Waite and her husband, Chris, were dressing their three-year-old son when they noticed his left arm was in severe pain after it got caught in his t-shirt.

After going to a hospital in Swindon, Wiltshire, they were told by medical staff the tot could have been a broken collarbone, but after running tests they discovered a lump on his collarbone.

Medics at a second hospital confirmed the family’s worst fears following a biopsy: Albie was diagnosed with a rhabdoid tumor and given a prognosis of just six to 12 months to live.

The tot had surgery to remove some of the fast-growing tumor, which left him with a scar that stretches across his neck. He also underwent chemotherapy and radiotherapy.

“I cannot even explain the shock of finding out Albie had cancer,” said the mother of four, from Gloucestershire. “It went from an injury to a prognosis.

The cancer treatment was difficult, too, as the toddler was tired all the time and had no energy to do anything. But, Leanne managed to breastfeed Albie throughout the entire ordeal, during which he was hooked to a feeding machine three times a day.

Then, eight months after the diagnosis, the family learned that he had made a miraculous recovery—and just two days before Christmas Albie got to ring the bell at Bristol Children’s Hospital to declare he was cancer-free.

LOOK: UK’s Most Premature Twins Finally Go Home 5 Months After Being Given 0% Chance of Survival

“Watching him bounce back to the boisterous child he was before is just amazing.”

“Somehow, we pulled through as a family,” said Leanne, who believes they couldn’t have done it without the support of their extended family which took turns caring for the other children.

“Albie is amazing; he loves running around and is a social butterfly.”

“I think because he spent so many of his early days in and out of hospital surrounded by different staff, he has become so socially advanced.”

Now the family treasures every day together and urges other parents to follow their instincts when they know something is wrong.

RELATED: Premature Baby Becomes a Prodigy at 3, Joining Mensa After They Run Out of Questions For the Toddler

“We don’t take any family time for granted and cherish each moment we have together.”

SHARE the Hope With Other Families on Social Media…