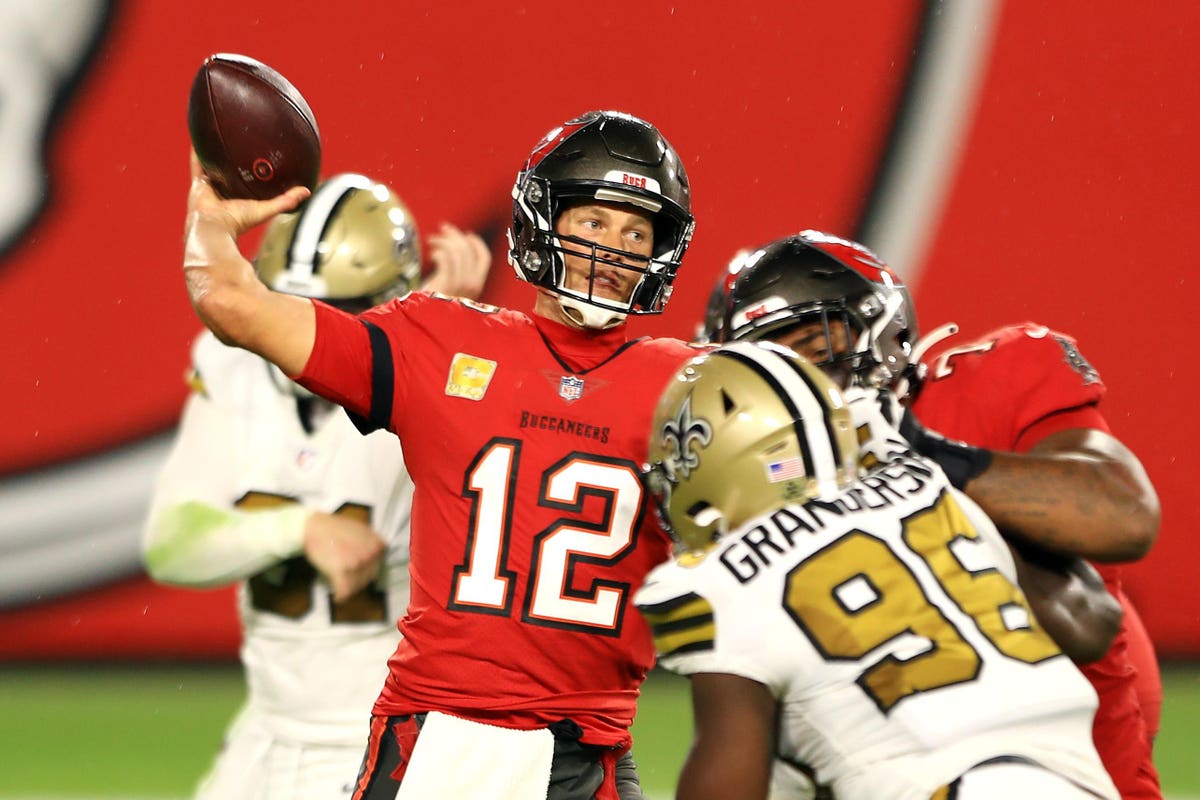 We split our pair of picks last weekend, as the pair of games we chose to hone in on ultimately served up two of the most surprising results of Week 1. The Chicago Bears not only kept things close against Trey Lance and the San Francisco 49ers, but they managed to pick up a win as +7 dogs, easily covering the line for our first winner of the season.

Our winnings were erased, however, when Russell Wilson showed up flat for his Denver Bronco debut. Mr. Unlimited proved to be Mr. Unreliable, as his former team narrowly picked up the win under the Monday Night lights.

Now having a chance to see all of the league’s 32-teams in action, Week 2 allows us to shop the NFL odds board with a bit more clarity. Once again we are highlighting a pair of games that we feel offer the strongest betting value on the board for the weekend, as we look to put ourselves back in the black going into Week 3.

Since making his move to Tampa Bay, Tom Brady has gone 0-4 against his NFC South rivals, yet oddsmakers are giving the Buccaneers a slight advantage here on the road in New Orleans.

The Saints defense has proven to be the closest thing to kryptonite that Brady has faced late in his career, with the Tampa Bay quarterback being held to six passing touchdowns and surrendering eight interceptions in the four losses. Heavy defensive pressure also saw him sacked 13 times in these meetings.

Adding to insult, Brady could find himself without his three favorite targets, as Mike Evans, Chris Godwin, and Julio Jones all listed as questionable after missing practice with injuries this week. With Leonard Fournette also nursing a hamstring injury, the Buccaneers will not have their leading rusher at full service.

New Orleans’ Jameis Winston went 23-for-34 for 269 yards, tossing for a pair of touchdowns in last week’s narrow win over the Falcons. Winston also managed to utilize a number of his receivers, spreading the ball around and keeping Atlanta’s defense on their toes.

Even after losing Alvin Kamara early in the game, the Saints offense proved that they could adjust the game plan and earn yards through the air. However, the fact that they gave up 26-points to the Falcons offense was most concerning.

The New Orleans defense has historically ranked well, and we expect this unit to perform better in their Week 2 outing against a banged-up division rival.

Bet New Orleans +2.5, as the Saints once again send Brady home with a loss.

We move from a pair of undefeated teams to a matchup between squads looking for their first win of the season.

The Dallas Cowboys picked up more than a loss last weekend when quarterback Dak Prescott went down with a broken thumb. The Cowboys now look to Cooper Rush, who will make only his second professional start, to shoulder the load.

In his lone pro-start, Rush tossed for 325 yards and a pair of touchdowns in a win over the Vikings last season, and it is worth noting that his COwboys are an impressive 6-1 ATS after picking up a loss.

Cincinnati should be entering this game 1-0, but five Joe Burrow turnovers left the door open for Pittsburgh to steal the Week 1 victory. This was extremely uncharacteristic for this offense, as Burrow averaged less than one turnover a game last season.

A more conservative approach from the Bengals, coupled with a new face under center for Dallas lined up beside a running back well beyond his prime screams ‘Under.’ However, the game’s total now sits at 41.5 after having opened at 50.5. The value has all but been bet out at this point, so bettors would need to hone in on the spread if they wish to find any value left here.

Where one could argue that the -6.5 ask is a severe market overreaction to Dak Prescott situation, we have a Bengals team that was a few plays away from a Super Bowl title last season fresh off of an opening loss that can be blamed on sloppy play.

The Bengals come out here and pick up a statement win, covering the -6.5 in the process. Rush will show some promise, but ultimately the team will be unable to maintain pace with the Bengals if they can limit their turnovers.