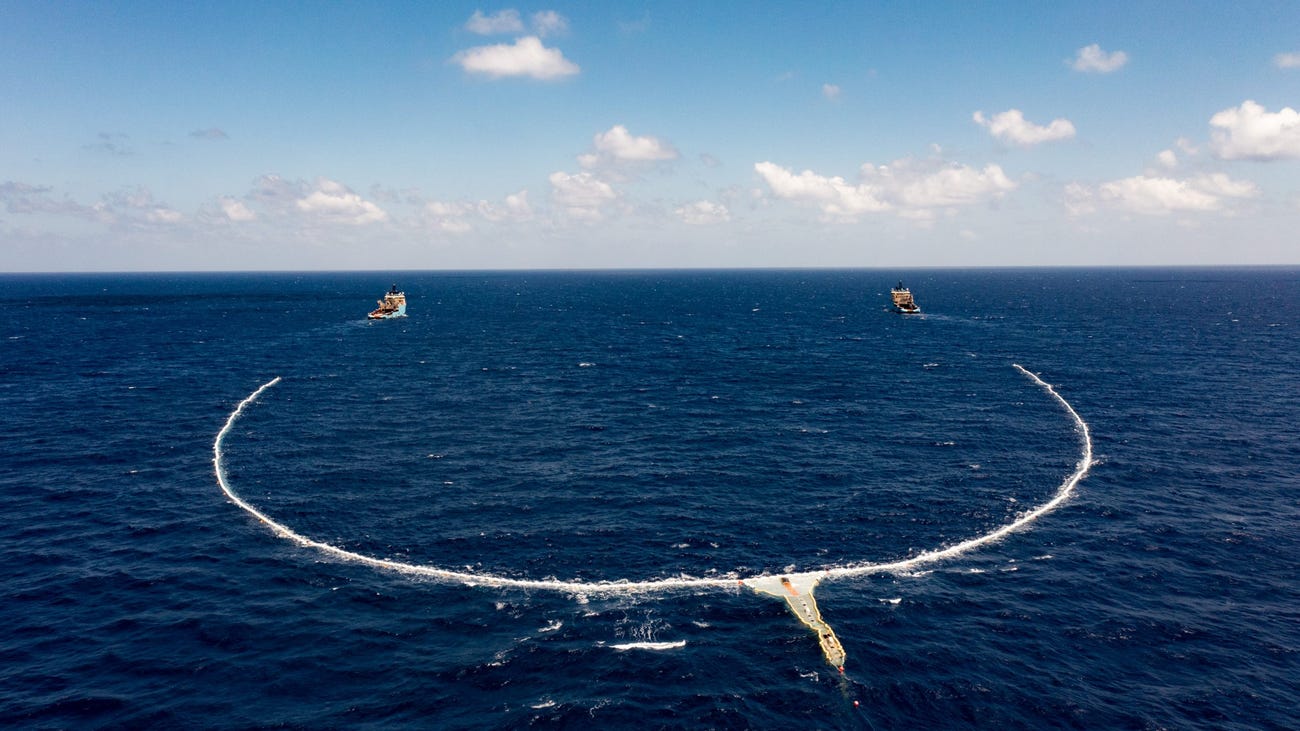 In 2021, green innovation continued at a pace that has typified the yet-young century, and goals and projects long pursued came to fruition.

Maintaining the health of the planet into the future relies on solving many problems, including the carbon emissions equation.

And beyond the headlines, the world really is, like Steven Pinker and others have claimed,  getting better all the time. To see how far we’ve come, take a look at ten of GNN’s most popular environmental stories of the year.

The health of the oceans is paramount to the health of the planet, and with satellite technology seeing massive increases in investment, Fisheries and Oceans Canada has partnered with the Department of National Defense to utilize military-grade satellites to scan the oceans for “dark vessels.”

These ships switch off their transponders, allowing them to slip undetected into vulnerable ecosystems for illegal fish harvesting. Once detected, the evidence can be shared with national and international policing and fishery bodies that enforce sustainable catch limits on fish stocks in poorer nations in the Caribbean and Pacific.

For more than a decade, we’ve been hearing about the problem of the Great Pacific Garbage Patch, and for all that time it seemed the only person who had a serious idea of how to get rid of it was a young man from the Netherlands.

After all these years, Boyan Slat has proved that if you want something done right, the best thing to do is to do it yourself. His method of using the very currents that made the patch to unmake it, this year, worked like a charm, drawing 20,000 pounds of trash out of the ocean in little time.

3. Largest Farm to Grow Crops Under Solar Panels Proves to Be a Bumper Crop for Agrivoltaic Land Use

2021 revealed that beyond a shadow of a doubt, certain crops will grow better when planted under specially-designed solar panel arrays, and that the presence of the crops increases the energy generation of the panels above.

This marriage has become known as agrivoltaic, and could potentially transform the farming industry into the largest green energy producer on Earth.

4. Airless Tires: These Puncture-Proof Michelin Marvels Are Even Made From 47% Recycled Resources

If we want our planet to recover totally, we’ve got to find something to do with all the tires we use up. Fortunately, tire-giant Michelin is trying to turn the spigot of tire waste off entirely, by heralding a switch to airless tires that are puncture-proof.

Between 1 and 1.8 billion tires are thrown away annually around the world.

Made from recycled material, the airless tires are here to last a long time, reduce 18% of annual throwaway tires that suffer punctures, and feel and handle exactly like normal tires.

5. Researchers Pull Carbon Out of the Sky And Convert it to Instant Jet Fuel, Reshaping Aviation For Good

Here’s some future-tech that seems hard to imagine, and harder not to get excited about. A cheap iron-based catalyst/intake combo onboard a passenger jet could be sucking CO2 out of the air and turning it into the very fuel it needs to operate.

Air travel accounts for a relatively-large portion of global emissions compared to the size of its footprint, and the researchers that discovered this revelation described anthropogenic CO2 emissions as a goldmine of raw materials if we only invented more ways of harvesting it.

6. Island Overrun With Rats Completely Recovers in Only 11 Years After Ecosystem Had Been Decimated

Joseph Stalin allegedly said that one death is a tragedy, a million, a statistic. Such is sometimes the case in the natural world.

Mainstream media often focuses on how many species are endangered, or how many acres of forest is lost, or how many tons of CO2 went into the atmosphere—they often forget that conservation is usually achieved through many small victories.

This Alaskan Island that used to be wealthy in seabird and mammal life was ignominiously-renamed “Rat Island,” but a total extermination campaign restored a near pristine ecosystem within just 11 years.

One of the big knocks against solar panels is how much land they take up compared to how much power they generate. But what if there were a readymade source of open land nearby to cities and towns that was guaranteed not to be used for anything else?

As it turns out, landfills are becoming prime real estate for solar farms, and one nonprofit believes the U.S. could increase the nation’s solar energy capacity by 63 gigawatts, or approximately 60%, simply by building solar farms on landfills.

An absolutely brilliant young woman in Kenya has started a company manufacturing bricks from recycled plastic.

Nzambi Matee says she was “tired of being on the sidelines” while civil servants struggled against plastic waste in the capital city of Nairobi, so the materials engineer created a product that is 5 to 7 times stronger than concrete.

Founder of Gjenge Makers, which transforms plastic waste into durable building materials, Matee also designed the machines that manufacture the bricks in her factory.

9. World’s Biggest Factory to Suck Carbon from the Sky and Store it For Millions of Years Turns on in Iceland

A method to reliably capture carbon may have taken root in Iceland at a geothermal park where the “Orca Factory” will capture 4,000 tons of CO2 from of the atmosphere every year; the equivalent of taking 870 cars off the road.

The company behind it all says their ability to scale up is built into the technology and the business model. They hope to increase capacity by 80-fold by the end of the decade.

Experts keeping track of the Great Barrier Reef’s breeding events have said this year’s shows that the system is working, and recovering.

The annual show where the billions of polyps that make up the corals synchronize the release of eggs and sperm into the water, “like the shaking of a giant snow globe,” was celebrated and video taped.

It was almost a decade ago that people began to refer to the reef as “dead” – watching the video linked to below, it seems it’s time to rethink that idea.