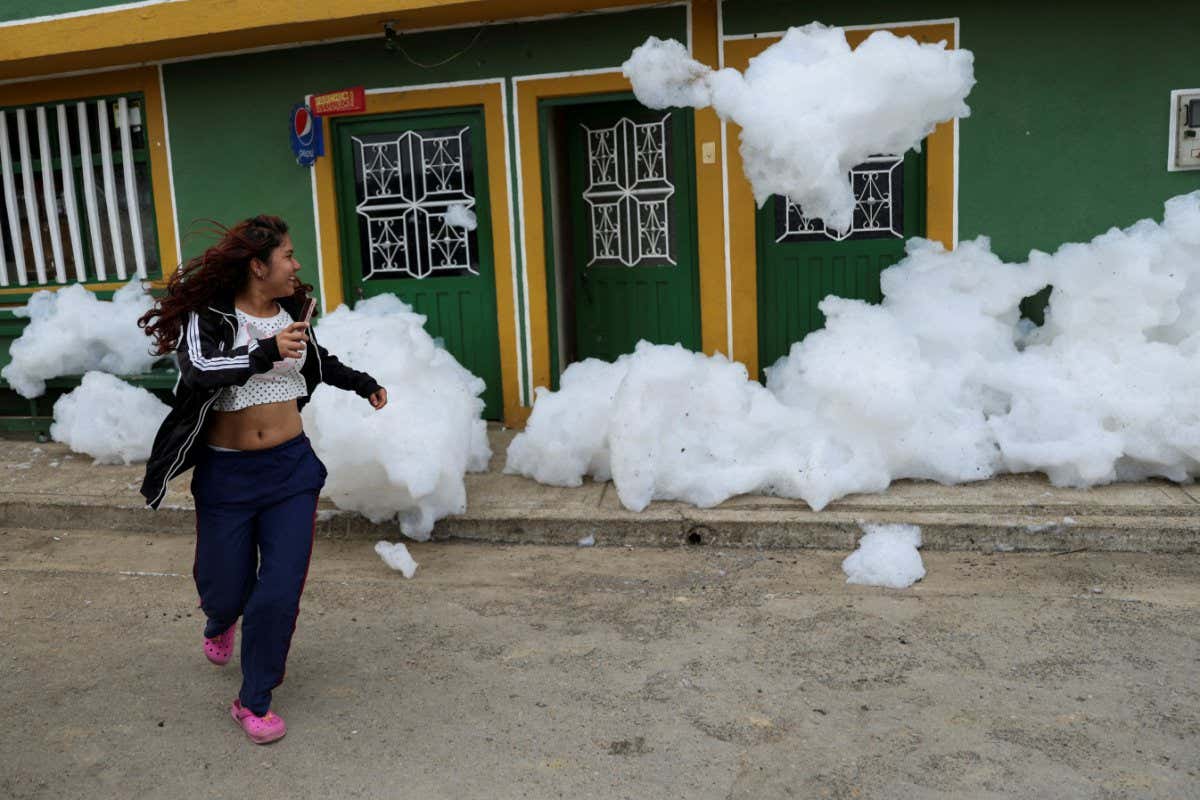 Clouds of froth containing poisonous chemical compounds are floating by way of a neighbourhood on the outskirts of Bogotá, and residents say they it’s making them sick

As downpours intensified on 23 April on the outskirts of Bogotá, Colombia, poisonous foam from an adjoining river began engulfing the Los Puentes neighbourhood.

Fluffy white froth emerged from the water and was whisked up by the wind till it reached a top of 5 metres and blanketed vehicles and roads, says restaurant supervisor María Morales. Eventually, it crept by way of the home windows of her kitchen, forcing her to shut the enterprise.