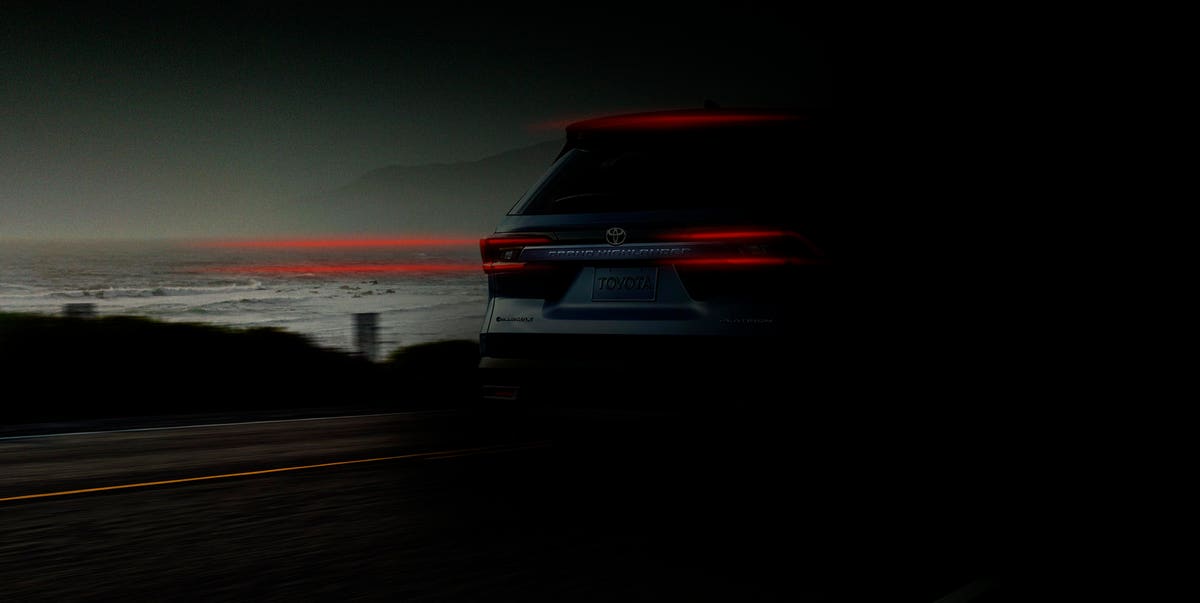 Over the past 20 years, the Highlander three-row crossover has become of foundation of Toyota’s sales in North America. Through four generations, it has steadily grown and gotten more popular, but even its current form, the third-row is still relatively tight. In 2023, Toyota plans to leverage the popularity of the Highlander brand by adding a new variant, the Grand Highlander.

Toyota will officially unveil the Grand Highlander on February 8, 2023, just ahead of the Chicago Auto Show. The automaker isn’t providing any details yet beyond a shadowy teaser image, but it’s probably safe to assume from the name that it will be larger the Highlander with a roomier third-row seat. It will almost certainly also be offered with some sort of hybrid powertrain, likely the more powerful Hybrid Max system that’s also offered on the Crown sedan.

Toyota will livestream the reveal on its Youtube channel on the evening of February 8, 2023.