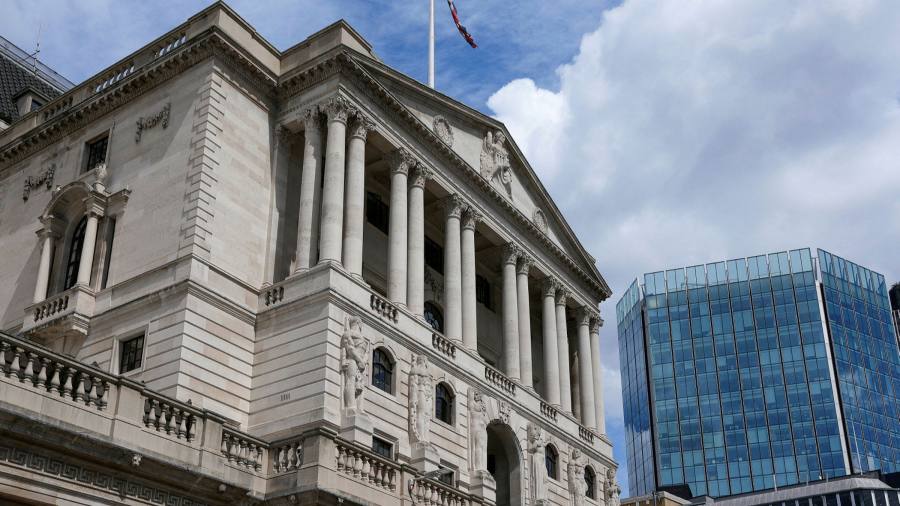 UK government bond yields fell on Friday as traders shifted their expectations that the world’s largest central banks would prioritise tackling inflation ahead of economic growth.

The yield on the benchmark 10-year gilt yield fell 0.02 percentage points to trade at 1.90 per cent in early trading as investors digested Thursday’s news that the UK would enter a five-quarter recession at the end of the year.

However the Bank of England made its largest interest rate increase in more than 25 years, saying that tough action was needed to tame inflation that could reach 13 per cent in October. Bond yields fall as prices rise, indicating that investors are seeking out the haven asset.

Investors were also looking ahead to the publication of US labour market data, a critical benchmark on the health of America’s economy.

In stock markets, European stocks fell slightly at the open, with the regional Stoxx 600 down 0.1 per cent, after gains for Asian shares, with Hong Kong’s Hang Seng up 0.2 per cent.

The BoE’s move raised further concerns among traders that other central banks would focus on tackling inflation, despite the prospect of recession. US non-farm payrolls published on Friday will shed light on the health of the world’s largest economy and test Federal Reserve officials’ resolve to increase rates as economies slow.

“The Fed has been clear that the size of future hikes will depend on incoming data where inflation, wages, new hires, and unemployment will weigh particularly heavily . . . [S]trong labour market data is crucial to allow the Fed to continue raising rates aggressively,” wrote analysts at SEB, the Swedish bank.

Futures tracking the blue-chip S&P 500 index and the tech-heavy Nasdaq were both up by 0.2 per cent.

The BoE’s 0.5 percentage point rate rise followed tough stances on inflation from the Fed and the European Central Bank, which have both taken hawkish steps to stamp out inflation with large rate rises in recent weeks.

Earlier this week, Fed officials dismissed market speculation that the US central bank would quickly cut rates next year if signs of an economic slowdown emerge. Fed chair Jay Powell has stated they will rely on data before making further large rate rises.