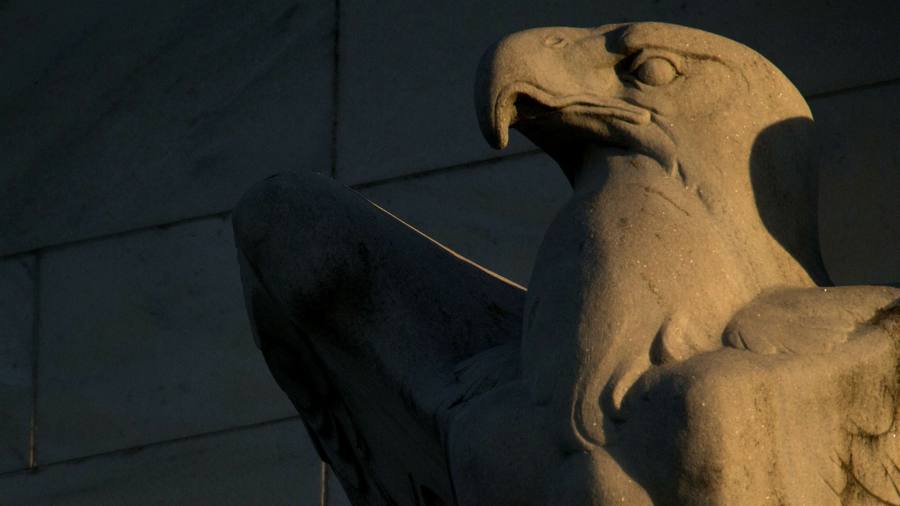 The writer is a financial journalist and author of ‘More: The 10,000-Year Rise of the World Economy’

The year has not started well for equity markets. Fears of inflation and tighter monetary policy are weighing on share prices as tensions between Russia and Ukraine darken the outlook.

There is a sense that government bond yields, after declining for 40 years, might be trending upwards again. There are three reasons why this can be bad news for equities.

The first is that for asset allocators, bonds and equities are competing options. Higher yields make bonds more attractive and prompt some investors to switch out of equities. The second reason is that higher bond yields make it more difficult for the economy to grow and more expensive for companies to raise finance.

Third, equity valuations are linked to the expectation of future profits growth. To put a current value of those future profits, they must be discounted by some rate to take into account the time value of money — a dollar in 10 years’ time is worth less than a dollar today. This rate is usually the return that could be earned predictably elsewhere, typically benchmark bond yields. Lower bond yields mean a lower discount rate and thus seem to justify a higher valuation level. By contrast, higher bond yields should mean lower equity valuations.

The valuation issue is perhaps the biggest threat for the stock market since the cyclically adjusted price/earnings ratio (which compares share prices with the average of the last 10 years’ profits) on Wall Street is nearly 40, more than double the historic average. Furthermore, the valuation of tech stocks relies particularly on profits yet to be made, so they are harmed more markedly by a rise in the discount rate.

But the market damage has so far been limited. Is there a trigger point where the level of short-term bond yields leads to a more calamitous fall in share prices? History gives us some clues. The 10-year Treasury bond yield peaked at about 15.8 per cent in September 1981 before falling steadily to less than 0.6 per cent in July 2020. But that decline was punctuated by half a dozen periods when the yield surged.

In the late 1990s, the yield rose from 4.4 per cent at the end of September 1998 to 6.4 per cent at the end of February 2000. Shortly afterwards, the dotcom bubble began to collapse. What about the great financial crisis of 2007-2008? The evidence is less clear. The 10-year bond yield rose from 3.4 per cent in May 2003 to 5.1 per cent in May 2006, but the first signs of stress in the financial system did not really emerge until April 2007 when the mortgage lender New Century went bust.

Making a precise call on the level of bond yields that would now be needed to cause severe trouble is made more difficult by how low they have fallen. The 10-year yield has more than doubled since the 2020 low, but that has only involved a rise of just over a percentage point. In the 1980s and 1990s, it seems to have taken increases of more than two percentage points in the yield to cause significant problems. That suggests a 10-year yield of 2.5-3 per cent would be the crucial level.

But the debate is complicated by the existence of a second trigger point built into the markets. As yields rise, they cause economic and financial damage. At some point, central banks may decide the damage is sufficient to warrant an end to monetary tightening. Indeed, even before central banks change tack, investors may anticipate them being forced into doing so. That could lead them to start buying both government bonds and equities in the hope of monetary loosening.

In the last cycle, the Federal Reserve’s benchmark fed funds rate peaked at 2.25-2.5 per cent. At the end of July 2019, the Fed cut rates citing “global developments” and “muted inflation pressures”. But inflation is now running at 7 per cent in the US and the Fed must surely continue hiking until it is brought under control.

Bulls will think that any upward shift in bond yields and interest rates will be temporary because inflation will eventually subside. It will be possible to ride out any short-term turbulence. But the bears will believe that it will be impossible for the Fed to control inflation without inflicting some serious damage on the economy and the markets.