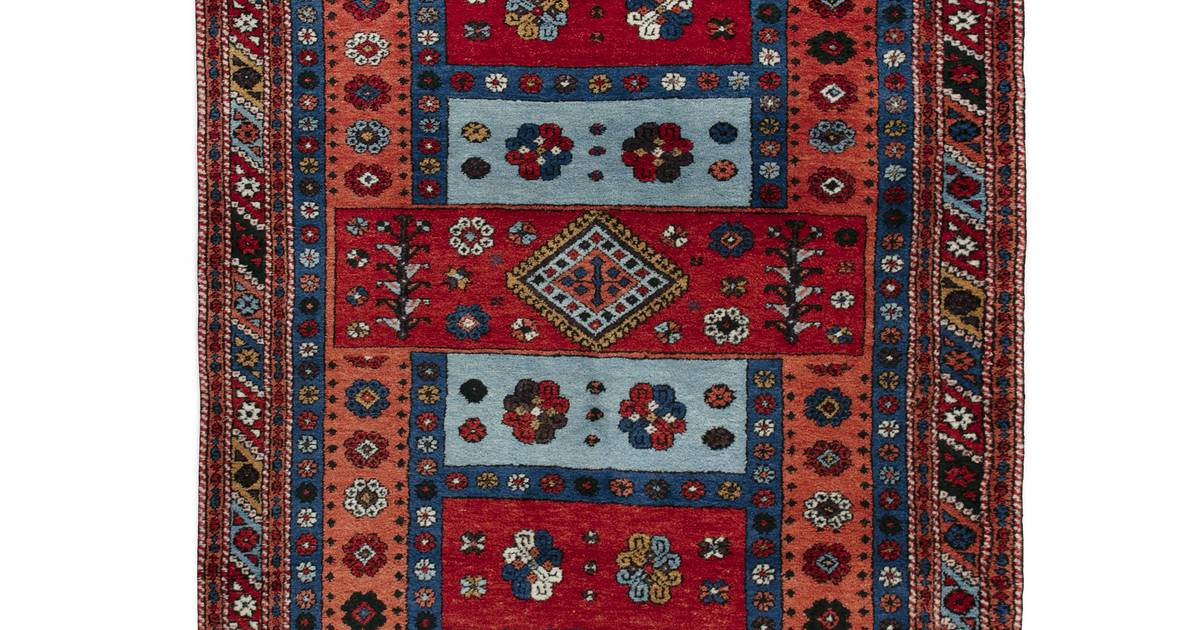 Collectors and new buyers alike will have an opportunity to acquire some very special and fine examples of rugs at an upcoming sale from the collection of Mahmut Balkir, a third generation rug dealer based on Francis Street in Dublin.

To be held on Wednesday, November 23rd, at Adam’s, St Stephen’s Green, the sale will feature 200 rugs from Balkir’s personal collection.

Spanning three generations, Balkir’s family has been dealing in oriental rugs for over a century. He began helping his father in their Istanbul rug business at the age of 12 before arriving in Ireland to study English aged 20.

Oriental rugs run deep within his blood as both paternal and maternal sides of his family were skilled rug makers.

At the time he arrived in Ireland in 1993, his father’s company had been supplying several rug dealers in Dublin. One such was Empires, in the Westbury Mall, where Balkir began working in 2000. By 2006 he took over ownership of the Oriental Rug Company on Francis Street, a business operating since 1985, and never looked back. He procures some wonderful examples – the antithesis of mass-market carpet production – from his travels each year to Turkey, Iran, Afghanistan, Azerbaijan and Turkmenistan.

Though his shop has about 1,500 rugs, with a further 5,000 in storage, the Adam’s sale of 200 pieces constitutes his personal collection amassed over decades. Like the selection he offers in his shop, every piece is made by hand using hand-spun and hand-knotted wool and silks.

Does he have a favourite? “All of them. You cannot really pick one as they all have beautiful features. Anything dyed with a vegetal dye is a work of art, and some of the tribal pieces are really something,” he says.

Amy McNamara of Adam’s, who curated the sale, says: “The sale is an expression of Mahmut’s vast knowledge and experience and offers both established collectors and newer buyers the opportunity to acquire very special and fine examples.”

Rare examples of antique Baluch carpets from Afghanistan are offered, along with DOBAG rugs from Turkey, in addition to tribal salt bags from Persia.

Highlights include some spectacular large-scale wool and silk examples, especially a very fine Tabriz wool and silk rug from Iran, from 1970 (€15,000-€20,000). Each rug holds a fascinating history, with distinct regional styles and patterns. Some, too, have symbols and emblems that offer blessings and protections for their intended household.

Three rugs from the DOBAG (Doğal Boya Araştirma Ve Geliştirme Projesi/ Natural Dye Research & Development Project) feature. The mission of the enterprise was to revive old traditional rug practices, such as dyeing and weaving through co-operatives in small villages in Turkey in the 1980s. The project – though since ended – was credited with what some have termed as a “carpet renaissance” as it highlighted the demand for these traditions within a commercial market.

Three salt bags from nomadic farming communities in Iran also feature. Woven mostly by women, they were used to carry salt which was given to animals to encourage them to more drink water, in order to retain hydration until the next watering hole. adams.ie