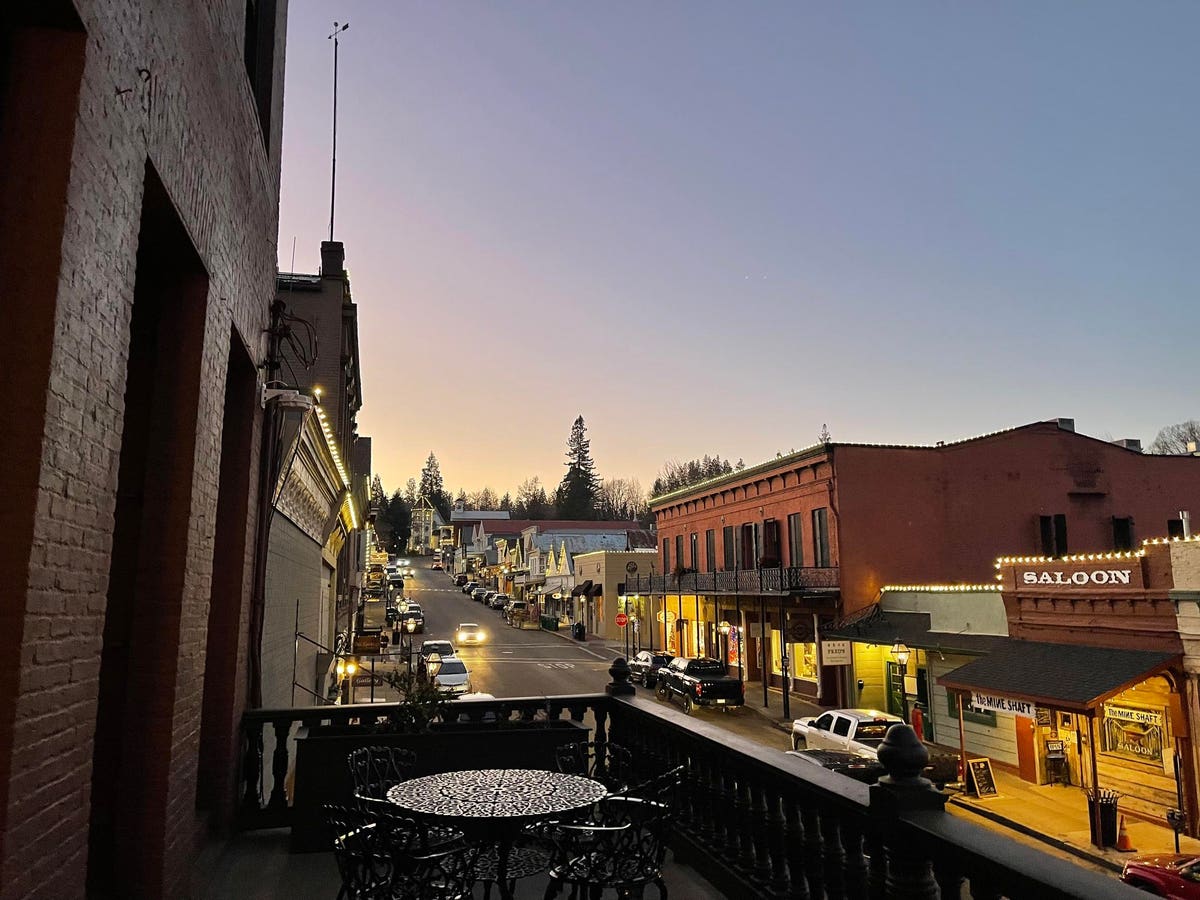 Two Wild West towns. Two historic hotels, both possibly haunted. And a big vision by Acme Hospitality Group to bring the history of these important places and spaces into the 21st century, while retaining their period vibe, right down to the cocktails.

Just a little over 100 miles and a two-hour drive from the Bay Area are the small California towns of Grass Valley and Nevada City — burgeoning historic places that hold more stories than their laidback charm implies. But the sense when you arrive in either town is that there’s a collective emphasis on retaining the visual aesthetic of the past while bringing hotels, restaurants, shops and cultural activities fully into the present, complete with hipster cafés and New Age crystal shops. When you’re planning a trip, you can easily make either town your base.

Grass Valley and Nevada City, just four miles north, were primarily mining towns that European-Americans first settled in the mid 19th century. At the heart of each was a hotel that housed not only the usual suspects — miners on a quest for gold — but also famous literary figures like Mark Twain and legendary performer and courtesan (AKA sex worker) Lola Montez.

When Sherry Villanueva, owner and managing partner of Acme Hospitality Group, decided to jump into the massive undertaking of restoring these two hotels —Holbrooke Hotel in Grass Valley and The National Exchange Hotel in Nevada City, one of her wisest decisions was to engage designers who could successfully bring these spaces to life for contemporary travelers, while retaining each property’s unique language of the past, often encoded in design details such as wallpaper, lighting, and balcony construction. Interior designers Bri Ingram, Anne L’Esperance, and Doug Washington brought it all home over the course of three years, which sounds like a long time until you go to consider the outcome, which is nothing short of genius.

Anthony Jones, general manager of both properties, says that, for him, “The National Exchange is more feminine and Holbrooke Hotel is more masculine.” Indeed, there is a yin and yang feeling when you enter each property. Holbrooke is all leather, brick and taxidermy, and its rooms are minimalist and function-forward. The National Exchange is more about lush, saturated colors and ornate Victorian furniture, and every minute detail matters, from the William Morris-inspired wallpaper to the antique stained glass on the original mahogany bar.

Jones is a walking encyclopedia of the history of both hotels, and he leads tours that include stories about the ghosts said to inhabit the halls. The most fascinating to me was not that of a famous person, but a girl called “Beth” who reportedly died of mumps and still walks the halls of The National Exchange; she’s a friendly ghost whom several staff member say they’ve regularly encountered.

It probably goes without saying that the rooms are very comfortable. Both have light pouring in from large windows, as well as all the modern conveniences like WiFi, bluetooth speakers and in-room coffee and tea. Both hotels avoid the cookie-cutter approach to room design: Each room is unique in size, shape and layout. The Holbrooke has a spare, crisp aesthetic, while The National Exchange has an elegance and formality that’s more period-specific — neither cozy nor plush, but nonetheless decadent in the way that Victorians privately were. Think Oscar Wilde’s lookbook.

Not surprisingly, both have terrific restaurants, too. And both skew classic in their menus, with the Holbrooke’s Golden Gate Saloon leaning more Mexican and The National Exchange’s Lola, a bit more European. And the bars are worth a detour even if you’re not a hotel guest. At the Holbrooke, I recommend the Oaxacan Negroni, with Xicaru mezcal, ancho reyes chile, campari, and punt e mes, to carry over the Mexican theme, and The National’s Copper Queen is perfect for the setting with St. George’s gin and averna, lime tonic bitters and mint. It really is in both bar settings that the feeling of origins — place in time — comes into focus.

Whether you’re a student of history or a weekend road warrior looking for an immersive escape, set yourself up in either of these lovingly restored hostelries and don a new persona inspired by the stories these places invoke — because, in fact, the walls do talk.