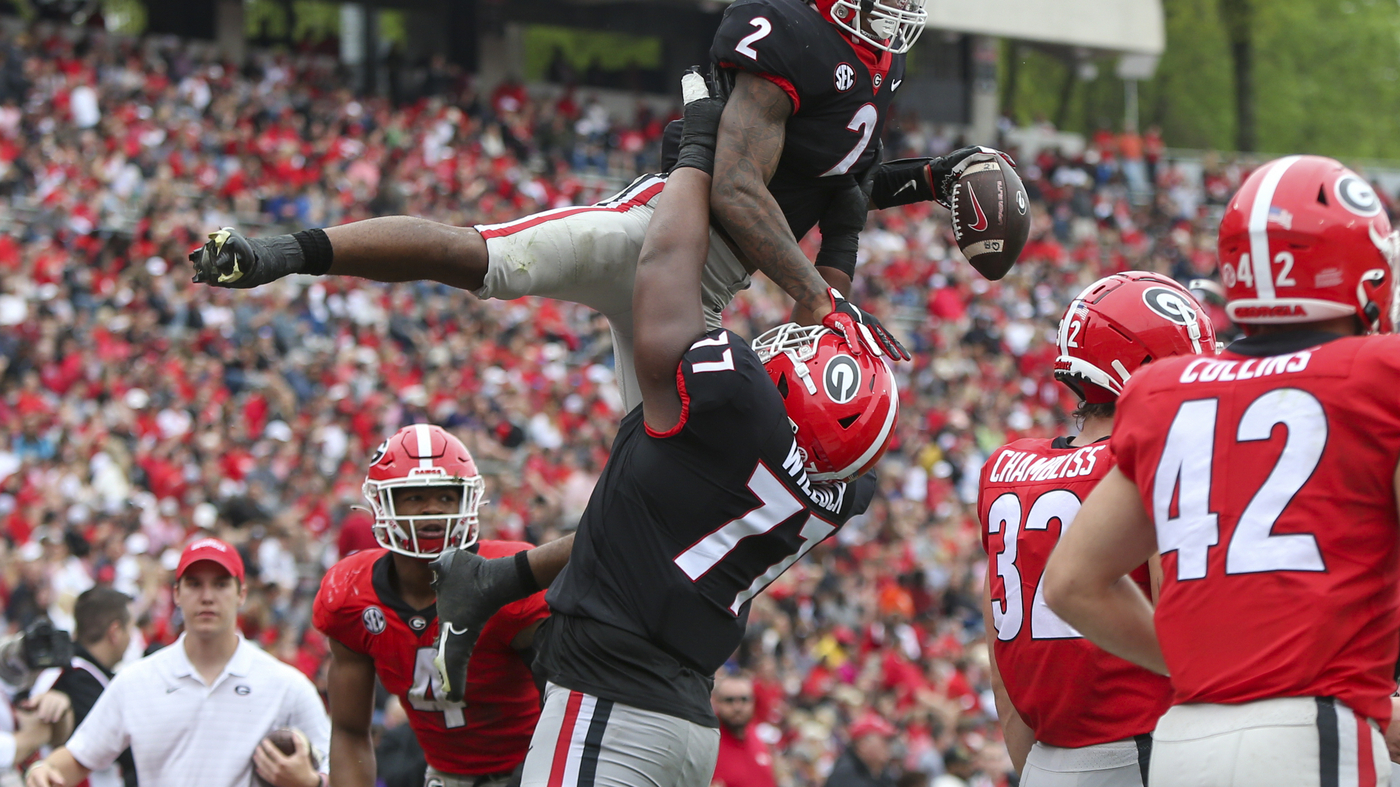 University of Georgia running back Kendall Milton, #2, celebrates after a touchdown with offensive lineman Devin Willock, #77, during the school’s spring NCAA college football game on Saturday, April 16, 2022, in Athens.

University of Georgia running back Kendall Milton, #2, celebrates after a touchdown with offensive lineman Devin Willock, #77, during the school’s spring NCAA college football game on Saturday, April 16, 2022, in Athens.

Willock, 20, and recruiting analyst Chandler LeCroy, 24, were killed in the crash, and two other members of the university’s football program were injured, the school announced.

“Devin was an outstanding young man in every way. He was always smiling, was a great teammate and a joy to coach. Chandler was a valuable member of our football staff and brought an incredible attitude and energy every single day,” University of Georgia head football coach Kirby Smart said in a statement.

“We grieve with their families for this tragic loss and will support them in every way possible,” Smart added.

“Our thoughts and prayers are with their families and friends. We also pray for the full recovery of those injured in this tragic accident,” Morehead said.

The Athens-Clarke County Police Department said in a press release that officers responded to a single-vehicle crash at around 2:45 a.m. Initial information suggested a 2021 Ford Expedition left the roadway and struck two power poles and several trees. Police said the investigation into the crash was ongoing.

Willock died at the scene, while LeCroy, who was driving, was transported to a local hospital where she died of her injuries, investigators said.

Originally from New Milford, N.J., Willock was an offensive lineman for the Bulldogs listed as a “redshirt sophomore” on the team’s website.

Tributes to Willock and LeCroy were abundant on social media Sunday, including from current University of Georgia football players.

“Wasn’t supposed to be like this man,” Bulldogs wide receiver Kearis Jackson said in a tweet, “love y’all both forever.”