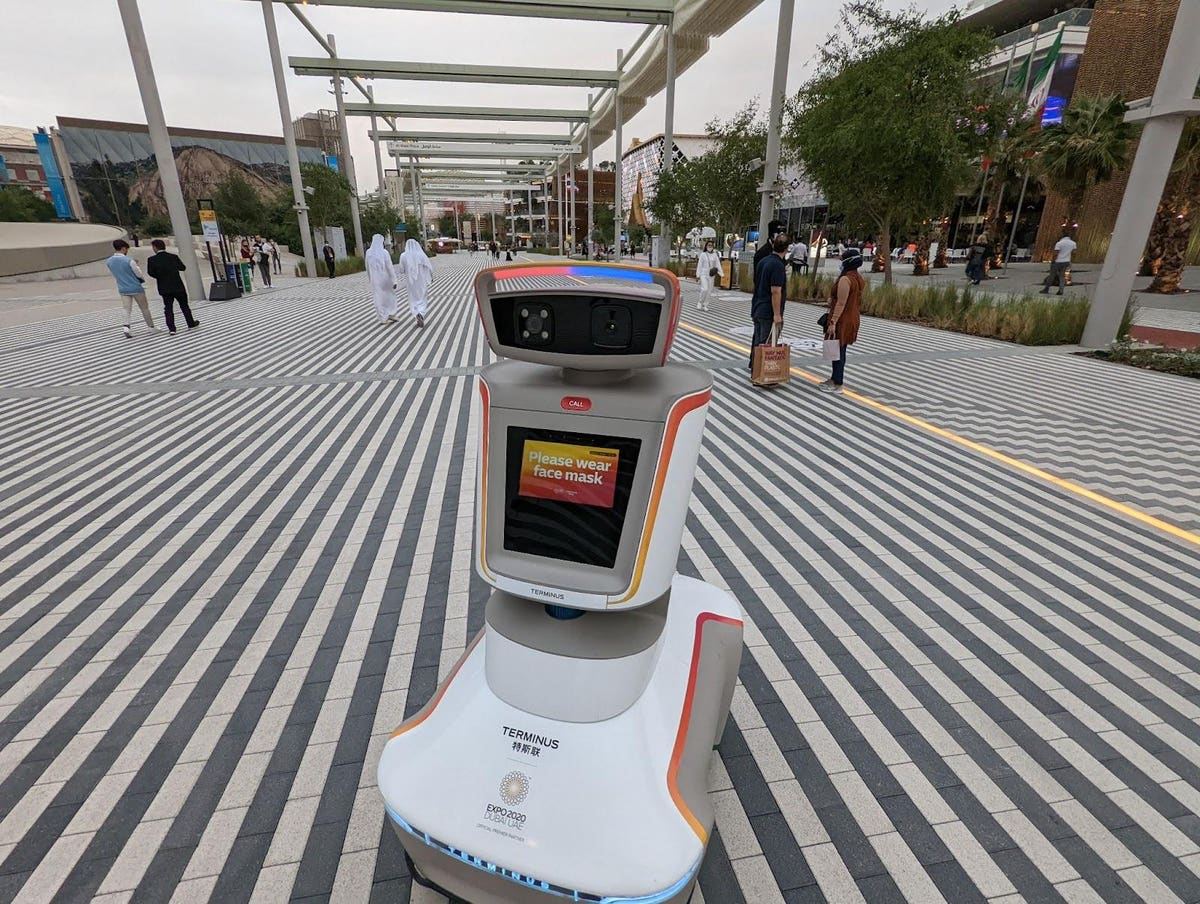 The fight to contain the omicron variant has entered a new stage in the United Arab Emirates. Health officials announced a booster shot requirement that could affect travelers to this Gulf state. And visitors to its number one tourist attraction faced a stepped-up patrol by an unlikely enforcer in the war against Covid.

These steps come at a critical time in the fight to contain the pandemic in the Middle East. The infection rate is running around 3,000 new cases a day, roughly the same as in late February of last year. It’s clear that the UAE, already one of the most vaccinated countries on earth, wants to do everything it can to eradicate Covid.

Yet these steps to curb Covid in the Middle East could present another hurdle that travelers must clear before they can visit, which will almost certainly affect the future of tourism.

How is Covid in the Middle East?

As with other geographic areas, the Covid-19 situation in the Middle East varies based on the country. Cases in some countries are near peak levels. For example, Turkey reported 67,096 new infections on average this week, which is about 96% of the peak. And infection in Israel this week hit a record, with an average of 42,552 daily new infections reported in the last week.

In other parts of the Middle East, cases are relatively low. Although the infection rate is increasing in Iran (3,503 new infections per day), it’s only at 9% of the peak. Similarly, Syria is reporting just 36 new infections per 100,000 on average each day, or about 10% of its peak levels.

Overall, the Covid situation in the Middle East is serious. And as in the rest of the world, travelers are having second thoughts about their upcoming trips. For tourists, it comes down to the precautions the countries are taking on the ground to protect them from infection. And in that regard, the Gulf States are taking the lead in ways you might not expect.

You’ll see one of the most visible signs of the UAE’s fight against the omicron variant at Expo 2020, the sprawling world exhibition that wraps up in March. Here, a fleet of robots with the ominous name Terminus — I’m not making this up — is “in charge of security.”

How do you know they’re in charge of security? Because they’ll tell you if you happen to stand in their way, which I did. Also, they’ll scan you to make sure you’re wearing your mask and warn you to cover your face.

“Since omicron came around, we’ve been using these robots to enforce mask-wearing,” says Sconaid McGeachin, a spokeswoman for Expo 2020.

Behind the scenes, the steps taken to control Covid are even more rigorous. Some Expo 2020 staffers are being tested for Covid every day to ensure they aren’t infected. McGeachin is among them. A positive test sends you on a 10-day quarantine mandated by the UAE government. You can’t be too careful about Covid, particularly the highly infectious omicron strain.

McGeachin tipped me off to the robots, so I tracked one down at Expo 2020. I made sure that I was outside and that no one else was around. Then I stood in the path of Terminus and peeled my mask off to see what would happen.

Terminus stopped abruptly and scanned me.

I obediently replaced my mask but stood my ground.

“Please move out of the way,” she ordered. “I’m in charge of security.”

I stepped aside. I didn’t know if Terminus had the authority to arrest me, but I didn’t want to find out.

The robot’s job was easy on that day. Almost all of the attendees wore masks. Some were cheating a little, allowing the mask to slip below their nose. The only maskless visitors were eating in one of the restaurants.

But Terminus, the bossy robot, isn’t the only step the UAE has taken to end the pandemic.

One of the most significant differences between Abu Dhabi, the capital of the UAE, and Dubai is how frequently they check your vaccine passport, called Alhosn. You can enter the Dubai Mall, just next to the Burj Khalifa, the world’s tallest skyscraper, without showing proof of vaccination or evidence that you’ve tested negative for Covid.

In fact, the only venue that required an Alhosn app was Expo 2020, which is close to the Abu Dhabi border.

That’s not to say it was a free-for-all like I witnessed in some southern U.S. states this spring. The crowds were masked, though not socially distanced. It wasn’t immediately clear who was enforcing the rules, but they were being followed, more or less.

During the pandemic, Dubai has taken a more permissive attitude toward enforcing the rules. As I noted a few weeks ago, you have to show a negative PCR test taken within 48 hours to cross the border to the capital city.

Last week, authorities announced a booster shot requirement. That means people who want to drive to Abu Dhabi will have to prove they’re not only vaccinated but also boosted. Authorities say the booster requirement does not apply to tourists — at least for now. But as with all things during this pandemic, the rules can change at a moment’s notice. And if the pandemic gets worse, they probably will.

But hotels say they’re ready for whatever comes next.

Visitors are still coming to the UAE despite the vaccine and testing requirements — and the pushy robots. The Address Skyview, a five-star property attached to the Dubai Mall, was crowded on a recent weekday morning.

“People are still coming,” a hotel manager told me. She noted that January was typically slow, “but we are expecting more people in February.”

She said there hadn’t been any outright cancellations after the omicron surge, just a few postponements. But the hotel was confident visitors will return once the number of Covid cases falls to the low levels seen in summer and early fall — and once authorities lowered the stringent testing requirements.

At the Al Seef Heritage Hotel, a Hilton-managed property in old Dubai, it’s a similar story. Like the latest strain itself, “omicron has affected us only mildly,” says General Manager Remco Werkhoven. Bookings slowed down a little in early January, but they’ve picked up again.

“Dubai has a reputation as being the safest place in the world,” he says. “And business is definitely back.”

Visitors: UAE is “safer than in the States”

Angela Remillard, a retired clinical laboratory scientist visiting the UAE from Spokane, Wash., says the precautions are worth it. She had visited Expo and a cultural center in Dubai, gone on a desert safari and made a day trip to Abu Dhabi.

“Everybody is masked up,” she says. “I feel safer here than in the States.”

That seems to be the prevailing sentiment — that once you get past the restrictions and the requirements, the risk of infection is low. If you do happen to get Covid while you’re in the UAE, you’ll extend your stay by another 10 days or until you test negative twice.

And there are probably worse places to be stuck than the UAE.