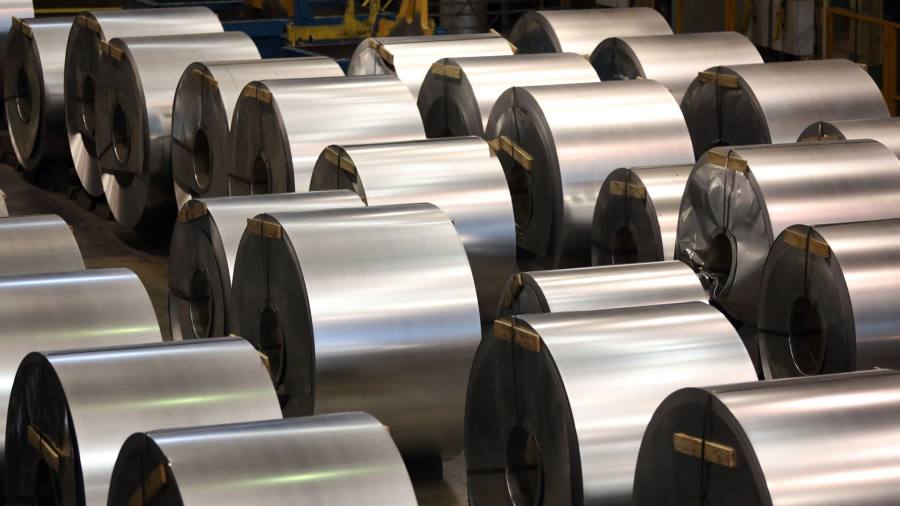 British steelmakers have called on the government to follow the EU in closing a loophole in the sanctions regime against Moscow that allows indirect imports of Russian steel from third countries.

In March, the UK imposed import tariffs of 35 per cent on all semi-finished steel products from Russia as part of a package of economic sanctions following the full-blown invasion of Ukraine. A month later all imports of finished steel were banned.

But despite these measures, Russian steel that is processed in third countries into other steel products is still being imported, according to trade body UK Steel — generating billions of dollars in revenues for Moscow and undercutting domestic producers because it is being sold at cheaper rates.

The EU said last month that it would introduce tighter sanctions on Russian steel over the next two years which will shut down this route, but Britain has yet to clamp down on it.

Gareth Stace, UK Steel’s director-general, said the government needed to “act swiftly and decisively to close any loopholes which weaken our sanctions on Russia”.

He added: “Last month the EU extended its sanctions to cover Russian steel processed in third countries from October 2023 cutting off an important supply route for Russian steel producers. Given the UK’s ability to now act independently on these issues outside the EU, it is frustrating that the UK has not already implemented similar sanction tightening.”

One UK industry executive said Russia was pricing at “substantial market discounts” because it was “desperately trying to get rid of basic steel products to third countries . . . So the price in the UK is not competitive. Apart from the economic impact, it feels morally wrong that Russian steel is still in the supply chain in the UK.”

Country-of-origin rules mean it is difficult to establish where steel was made once it has been finished. “If basic steel from Russia is finished in a third country, it acquires a new country of origin,” one UK executive said.

The UK government did not respond specifically to the industry’s concerns over indirect imports. It said it had “not seen any evidence of illicit Russian steel imports entering the UK market” and that it had moved “faster and further than others, including the EU, in banning imports from Russia”.

Until the wider EU ban comes in, some of the main sources of processed steel imported into the UK are from parts of the bloc, including Belgium. Turkey, which has refused to sign up to sanctions against Russia, is another source.

Eurofer, the EU steel producers’ group, had wanted the EU to clamp down immediately and criticised the “very long grace periods” it had put in place before the wider ban came into effect.

Belgium’s government had pushed back against tightening the EU restrictions. Alexander de Croo, the country’s prime minister, fought to delay the tougher measures because of their impact on two plants in the southern region of Wallonia owned by a subsidiary of Russian steelmaker NLMK.

When the new restrictions were announced last month, he warned they could reduce public support for helping Ukraine if they led to heavy job losses.

“The question is how we can maintain the solidarity of European countries and our people to continue to support Ukraine,” he said. “Certainly, the military successes achieved by Ukraine help . . . but if the economic cost becomes so high that people lose their jobs, it will become difficult.”

Belgium declined to vote for the package, but did not veto it. It was the first time in eight rounds of sanctions that one of the 27 member states had failed to vote in favour.

NLMK Belgian Holdings employs 1,200 people in one of the poorest areas of Belgium. It is 49 per cent-owned by Sogepa, the investment fund of the Walloon government. NLMK told the FT it “respect[ed] all sanctions and legislation in place”.