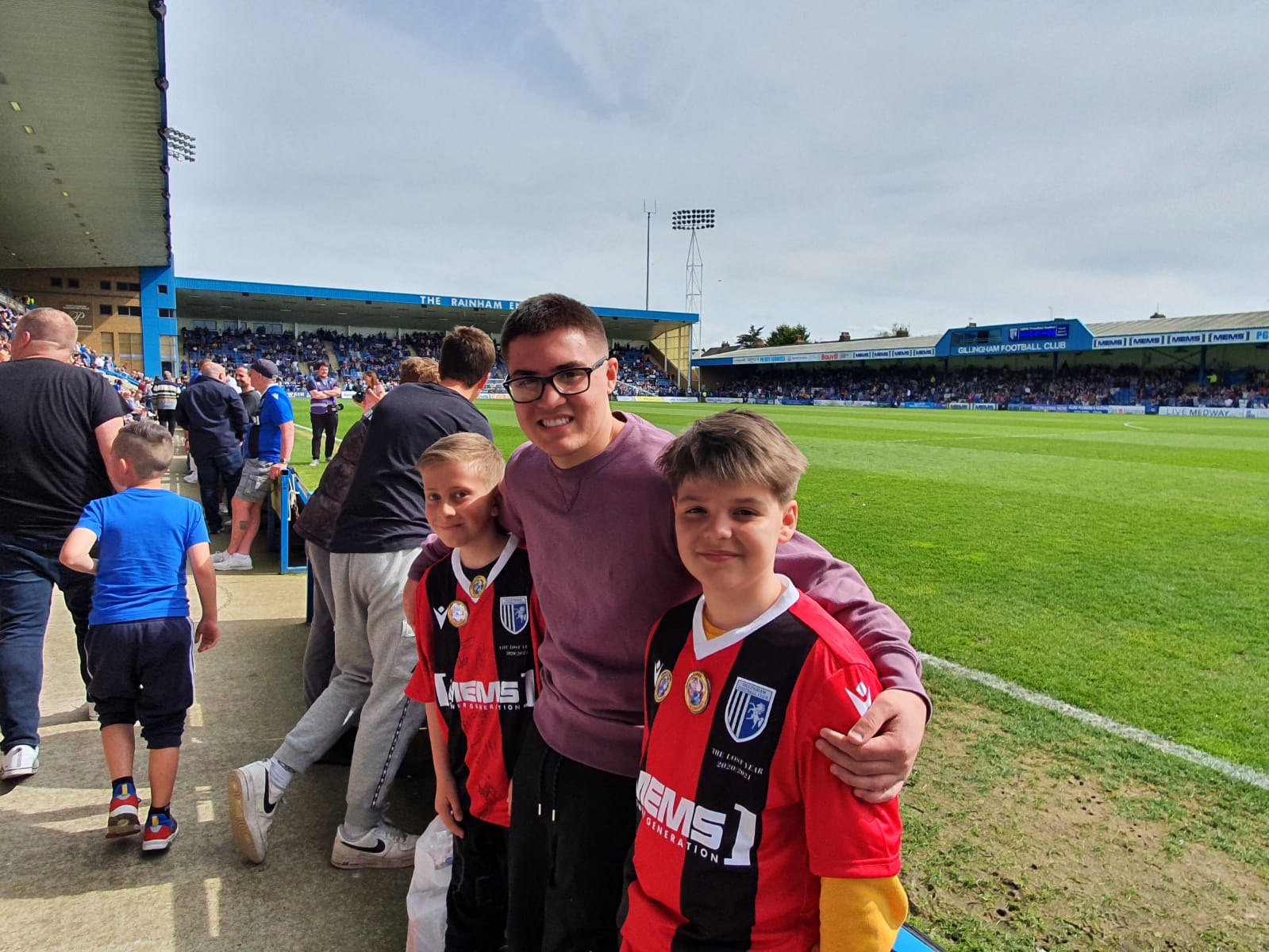 A Ukrainian refugee was handled to a soccer supporter’s dream day trip simply days after arriving within the UK as he led Gillingham out in entrance of hundreds of followers.

Daniel Lysak, 11, fled his residence close to Lviv in western Ukraine together with his mom, Yana, and arrived in England on Friday April 8 to their UK sponsor’s home in Folkestone, Kent.

Less than two weeks later, he led the house facet out at Priestfield Stadium with captain Stuart O’Keefe forward of their essential League One fixture in opposition to Fleetwood Town.

Daniel’s British host and Gillingham fan Malcolm Bell mentioned he was “incredibly proud” to observe Daniel stroll out together with his son Freddie.

“I’m going to use the word overwhelming, it really was,” Mr Bell instructed the PA information company.

“To see my boys there and to see Daniel there was an extremely proud second.

“Then as I was walking off the pitch with them, Stuart O’Keefe came up and shook my hand and looked me in the eye and said ‘have a good game’. That meant the world to me.”

Mr Bell had initially hoped Daniel can be given a shout-out on the League One match however the 11-year-old was given a tour of Priestfield Stadium, met the gamers and supervisor Neil Harris, and flanked the crew’s captain as they made their method on to the pitch.

He was additionally invited to have a photograph taken with man of the match Ryan Jackson within the boardroom afterwards.

The Gills took some extent after a feisty recreation ended 0-0, with a participant from every crew despatched off within the second half.

“The atmosphere in the ground was the best I’ve seen for a very long time.”

Daniel instructed PA he was “very excited” after his massive day trip, and confirmed he wish to go once more to observe the Gills.

Despite Gillingham sitting only one place above the relegation zone with a few video games to play, the followers took the time to offer Daniel a heat welcome.

“A lot of people were saying to me ‘well done, thank you, you’re doing a great job’,” mentioned Mr Bell.

“Lovely feedback… but additionally different folks patting Daniel on his shoulder and stuff like that and welcoming him, it was a very nice contact.

“I’m proud of Gillingham Football Club for what they did.”

Gillingham mentioned in a press release: “Gillingham Football Club have been honoured to welcome Daniel, together with Gills fan Malcolm Bell, to MEMS Priestfield Stadium on Easter Monday as our particular visitors.

“This was Daniel’s first ever stay soccer match and he was given a guided tour of the bottom, which concerned assembly members of the taking part in squad within the dressing room and supervisor Neil Harris within the dugout.

“We hope Daniel enjoyed his experience and we hope to see him again in the near future.”