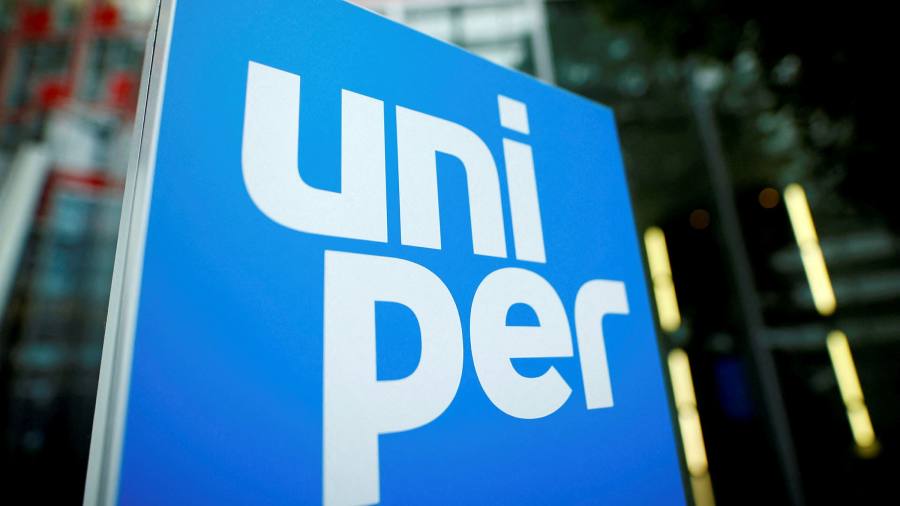 Uniper, one of Germany’s biggest utilities, has been forced to seek €10bn of financing to avoid a cash crunch after slowing gas supplies from Russia to Europe caused prices to surge.

The company said it had secured €8bn of credit from its majority shareholder Fortum, a Finnish power company, and €2bn from German state bank KfW after last month’s rise in gas and electricity prices triggered demands for cash to cover hedges taken out for future sales of gas and electricity.

In the run-up to Christmas, Europe’s wholesale natural gas price surged almost 100 per cent to record highs above €180 per megawatt hour as buyers rushed to secure supplies. This also fed into higher power prices across the continent.

It is the second time in less than six months that Uniper has been forced to seek additional financing, underlining the impact soaring energy costs are having on utilities and commodity traders, which have also been hurrying to secure additional liquidity.

RWE, another big German utility, said that “strong price fluctuations naturally lead to temporarily high liquidity requirements”, and that it had “made provision for this through our credit lines and other financing instruments”.

Uniper said it had secured the credit line from Fortum, part of which has already been used, on December 22 and had agreed further financing from KfW on January 4 as a “back-up facility in case of further extreme commodity market developments”.

KfW said it had granted Uniper the credit line to secure “liquidity in this special situation on the government’s request”.

A German government official said that should the KfW loan be used, a “bonus waiver by the board of management has been agreed”.

The company has fully drawn down on an existing €1.8bn credit facility provided by its core group of lenders.

Düsseldorf-based Uniper, which has about 11,700 employees, was established in 2016 as a spin-off of the fossil fuel assets from German energy company Eon under state pressure to decarbonise power sources.

It is among Europe’s largest electricity generators with 34 gigawatts of capacity and is also a big gas supplier. It has about 600 clients in Germany and neighbouring countries, ranging from industrial customers and municipalities to regional distributors.

Uniper was one of five companies to back Nord Stream 2, the $11bn pipeline across the Baltic Sea that will allow Russia’s Gazprom to send 55bn cubic metres of gas to Europe a year, bypassing Ukraine.

The company is dependent on Russian gas to supply its customers. Like its competitors, Uniper uses derivatives to hedge future power and gas sales.

As prices have soared, the losses on these hedges have increased, requiring Uniper to make margin payments to brokers, exchanges and other counterparties. When the gas and power is delivered the margin is returned.

In November it reported a loss of almost €4.8bn for the first nine months of 2021 because of mark-to-market losses on derivative contracts.

Shares in Uniper, which hit a record high at the end of last month, eased 2.3 per cent to €41 on Wednesday.

Fortum, which owns 76 per cent of Uniper, described the new credit facilities as “precautionary measures to secure additional liquidity and financial flexibility primarily for the winter season”.

“During 2021, European gas prices have risen up to 1,000 per cent and have, together with power prices, been at unprecedented levels in December. Under these market conditions, Uniper’s focus remains on securing reliable deliveries to its customers and honouring its commitments,” it said.

The Federal Ministry for Economic Affairs and Climate Protection said the KfW credit was a “hedging measure” and that loans from the state bank “serve precisely this purpose of providing companies with additional liquidity and are generally available to all sectors”.