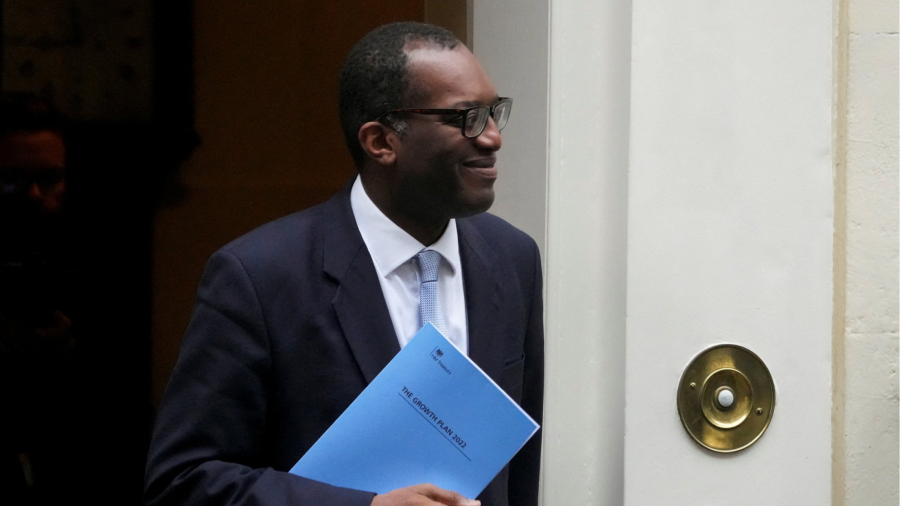 Investors have seen up to 15 years’ worth of gains wiped out in some exchange traded funds amid the chaos enveloping the UK gilt market.

The sell-off has been sharper still for its sister £545mn £ Index-Linked Gilts Ucits ETF (INXG), which has plunged by 49 per cent — including more than 20 per cent since the end of September — wiping out 12 years of gains.

Several other more recently launched ETFs are trading below their issue price, with the £61mn SPDR Bloomberg 15+ Year Gilt Ucits ETF (GLTL) 30 per cent below the level it debuted at in May 2012, having fallen 56 per cent from its peak in 2020.

The most recent losses were fuelled by UK government plans for a series of unfunded tax cuts, which pushed gilt yields sharply higher. This in turn forced some pension funds to sell gilts to meet margin calls on leveraged positions in their liability-driven investment portfolios, pushing yields higher still and creating an unprecedented vicious circle in the market for UK sovereign debt.

Bond prices fall as yields rise and the ensuing chaos accelerated an continued slide in gilt prices driven by rising expectations for inflation and interest rates.

“There has been a lot of volatility,” said MJ Lytle, chief executive of Tabula Investment Management, a bond ETF specialist. “It’s all a reflection of a lack of fiscal constraint. The UK moving from a developed to an emerging market has not led to people feeling good about assets in this space.”

“The gilt market is in a bit of a mess at the moment, potentially caused by years of intervention pushing yields lower, forcing pension funds to buy more,” said Simpson. “There might be more volatility to come.”

Despite the sharp falls in the prices of some funds, ETFs have largely behaved as planned despite the chaos, however, with no major dislocations.

Trading volumes have risen, particularly for some of the iShares products, the largest and most liquid vehicles in the field.

BlackRock, iShares’ parent, said daily volume for INXG, hit $21mn on September 27, the day before the Bank of England announced an emergency bond-buying programme in an attempt to steady the market, and peaked at $58mn the following day.

This compares with its average daily volume of $5mn so far this year.

While you hear a lot about the selling of the market, it has been a little bit more two-way than the market commentary would suggest

IGLT has traded $22mn on average per day since September 23, when the government unveiled its “mini” Budget, with peaks of $36mn on September 26 and $44mn on October 5, compared with average daily volume of $12mn.

For most ETFs in the sector, however, volumes appear to have risen less than this.

According to Lytle, while trading volumes in the gilt market itself have doubled since the “mini” Budget, for gilt ETFs as a whole they have only risen 20 per cent.

He attributed this in part to a lack of forced sellers, given the virtual absence of UK pension funds from the ETF market.

Moreover, the trading that has occurred has been two-way with, if anything, a slight preponderance of buyers over sellers.

“While you hear a lot about the selling of the market, it has been a little bit more two-way than the market commentary would suggest,” he added.

BlackRock reported “muted flows” over the past two weeks, with INXG taking in $23mn but IGLT seeing net outflows of $35mn. Year-to-date figures are minus $12mn and plus $320mn respectively.

The greatest impact may have been in gilt ETFs’ ability to trade in line with their published net asset value, given the unusual volatility and the fact that these NAVs are only updated once a day.

BlackRock, for instance, calculates NAVs at 4.15pm UK time, however trading of its ETFs continues until the London stock exchange closes at 4.35pm.

On September 27, the day before the Bank of England’s intervention, IGLT fell 1.03 per cent during this 20-minute period, meaning it was trading at a significant discount to NAV.

However, BlackRock added that its ETFs had continued to track their underlying indices tightly and in line with long-term expectations.

Simpson said that SSGA did see a widening of ETF price premiums and discounts from NAV in both products, relative to calmer market conditions.

“However,” he added “this was one of the most volatile periods for the underlying bonds in history, therefore this is not entirely unexpected.

Further, tracking error was not an issue, given that State Street’s ETFs are “fully replicated”, ie they hold all of the bonds in their respective indices, “so there is not going to be much difference in terms of the performance of the fund relative to the performance of the index,” Simpson said. “It’s not like potentially with a sampled fund where you might get some tracking error developing.”

As for the immediate future of the ETFs and the wider gilt market, he remained optimistic.

“The market was discounting the BoE increasing rates to 6 per cent at one point, which seems awfully high given what is happening in the mortgage market already,” Simpson said. The buying “could be a sign that some people think the dislocation has gone too far and it could be time to dip a toe back into the market”.