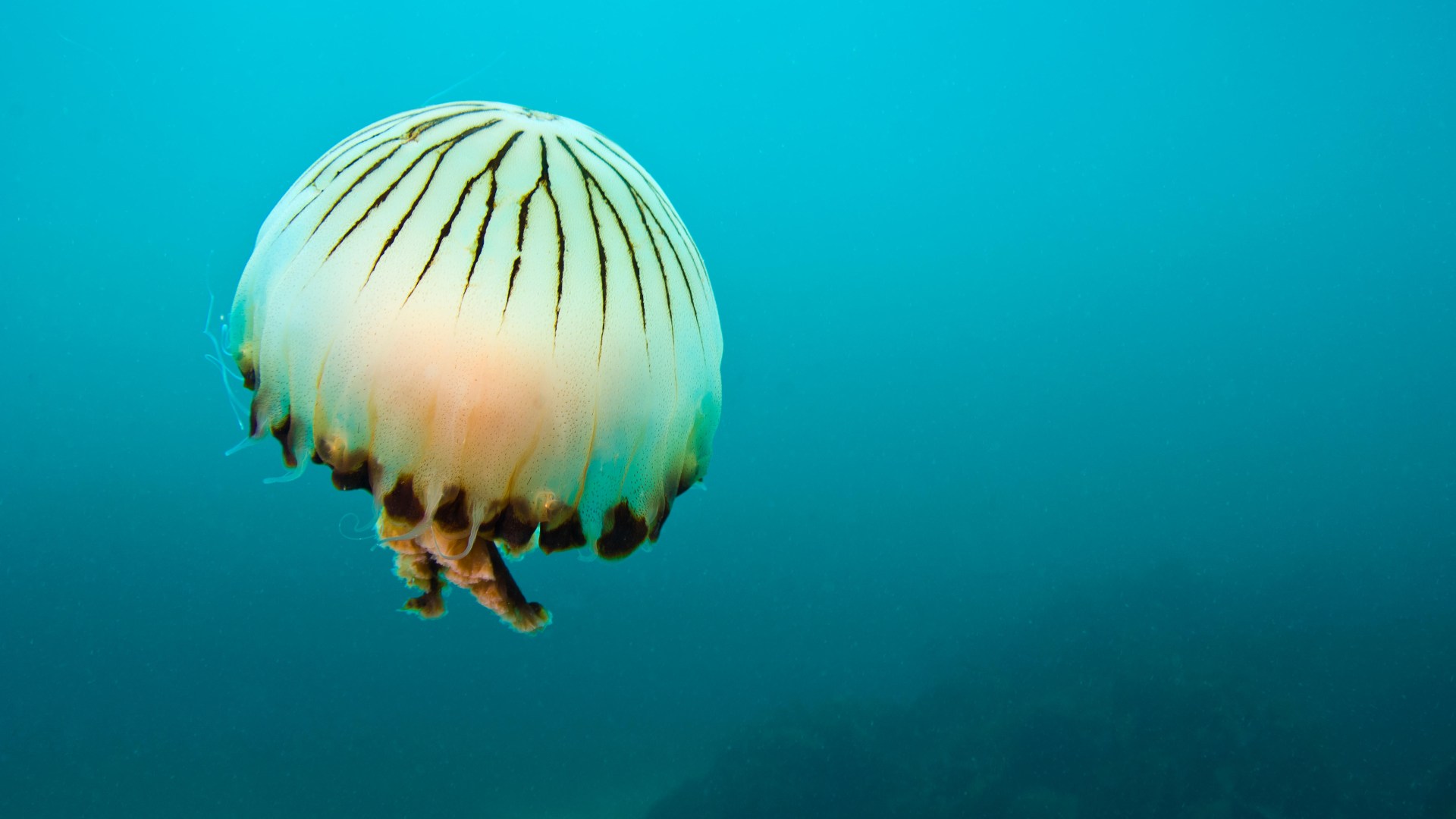 A MUM-OF-THREE is urging beachgoing parents to keep their eyes peeled after she spotted jellyfish swimming just inches from where her children were playing.

And Luci Anderson, 25, is not alone – others have been up close and personal with the stinging sea creature this summer, raising fears they are drifting at beaches crowded with summer holidaymakers.

Ms Anderson took sons Harley, seven, Archie, four, and Theodore, one, for a paddle at Lowestoft’s North Beach, in Suffolk, this week, when her eyes caught something in the water.

She said: “I saw two jellyfish floating near the boys – I couldn’t believe it.

“I was a shocked and worried for the kids. They were paddling right next to the jellyfish and I told them to get out of the water straight away.”

Ms Anderson quickly took to Facebook to warn other parents, and received hundreds of responses about the jellyfish, which are understood to be compass jellyfish.

She said: “I wanted to raise awareness and urge other people to be careful.

“I’ve never been stung before but it isn’t something I’d want for anyone.

“I won’t let my children go running in the sea next time without checking first.”

Ms Sparkes said: “They are common in the southern half of the UK in the summer months, probably due to the fact they are attracted to warmer climate and warmer ocean temperatures.

“Although they are not dangerous, their sting can be quite painful.”

If stung by a compass jellyfish, she advised people to rinse the affected area with seawater instead of freshwater.

Ms Sparkes said: “People should also remove any spines from the skin using tweezers or even the edge of a bank card, soak the area in very warm water – as hot as can be tolerated – for at least 30 minutes.”

Portuguese man o’ war jellyfish, whose tentacles stream out 160ft, as long as five London buses in a row, have a sting powerful enough to kill a human.

They normally lurk in the deep blue, but the hot weather is luring them to British beaches.

But, jellyfish aren’t the only sea creatures that are swarming to the shores during the heatwave.