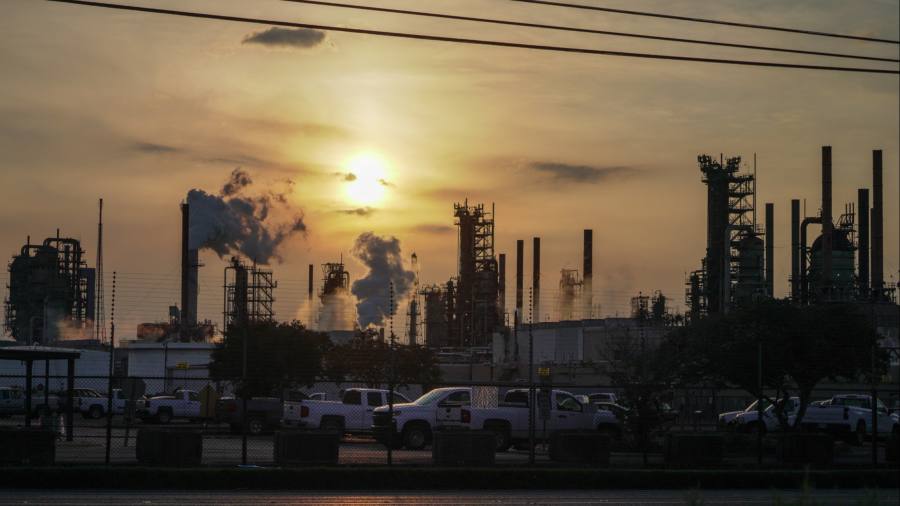 US oil producers have raked in more than $200bn in profits since Russia’s invasion of Ukraine as they cash in on a period of geopolitical turmoil that has shaken up the global energy market and sent prices soaring.

Aggregate net income for publicly listed oil and gas companies operating in the US came to $200.24bn for the second and third quarters of the year, according to an analysis of earnings reports and estimates carried out by S&P Global Commodity Insights for the Financial Times.

The figure — which includes supermajors, midsized integrated groups and smaller independent shale operators — marks the sector’s most profitable six months on record and puts it on course for an unprecedented year.

“Operating cash flow will likely be record-breaking — or at least very close to it — by year’s end,” said Hassan Eltorie, executive director for upstream equity research at S&P.

The cash bonanza has infuriated the White House as elevated petrol prices drag on Democrats’ polling numbers ahead of next week’s critical midterm elections.

President Joe Biden this week dubbed the outsized earnings a “windfall of war” and accused companies of “profiteering” from Moscow’s invasion. Unless they invested the cash haul into pumping more oil to bring down prices at the pump, he said he would ask Congress to hit them with higher taxes.

Windfall tax legislation remains unlikely to pass in Washington. But it has become a reality across the Atlantic: Brussels has introduced a 33 per cent “solidarity contribution” on excess profits, while London has enacted an additional 25 per cent “energy profits levy” that has taken the tax on profits to 65 per cent until the end of 2025. Rishi Sunak, the new UK prime minister, is considering increasing the levy to 30 per cent and extending it to 2028.

The bumper profits have been underpinned by soaring free cash flow, a key industry metric which is defined as cash flow from operations minus capital spending. Elevated commodity prices have pushed up the former; investor insistence on frugality has slashed the latter.

Brent crude, the international oil benchmark, averaged more than $105 a barrel over the second and third quarters — well above an average of around $70/b over the past five years. It hit a high of almost $140/b in early March after Russian tanks rolled into Ukraine.

Meanwhile, Wall Street, still reeling from a decade of profligacy and persistent losses has demanded companies enter a new era of capital discipline — prioritising shareholder returns over expensive drilling campaigns in pursuit of ever-greater output growth. Investment bank Raymond James estimates capital spending by the world’s 50 biggest producers will be around $300bn this year, roughly half what it was in 2013, the last time prices were at a comparable level.

“Over the past five years, the industry has shifted from ‘drill, baby, drill’ to focusing on what shareholders actually want, which is return of capital,” said Pavel Molchanov, an analyst at Raymond James. “Dividends and share buybacks have never been as generous as they are now.”

Big Oil’s newfound discipline stands in contrast to Big Tech, which has frustrated Wall Street through a perceived failure to rein in investment. Tech stocks have been pummelled in recent weeks after companies including Google and Meta reported lacklustre earnings.

Responding to the prospect of a windfall tax, Darren Woods, chief executive of ExxonMobil, which had its most profitable quarter ever, said his company’s chunky dividend should be considered its way of “returning some of our profits directly to the American people”.

“We prioritised for share value creation over the pursuit of volumes,” said Rick Muncrief, chief executive of Devon Energy, a big shale driller. “And we have rewarded shareholders with market-leading cash returns.”