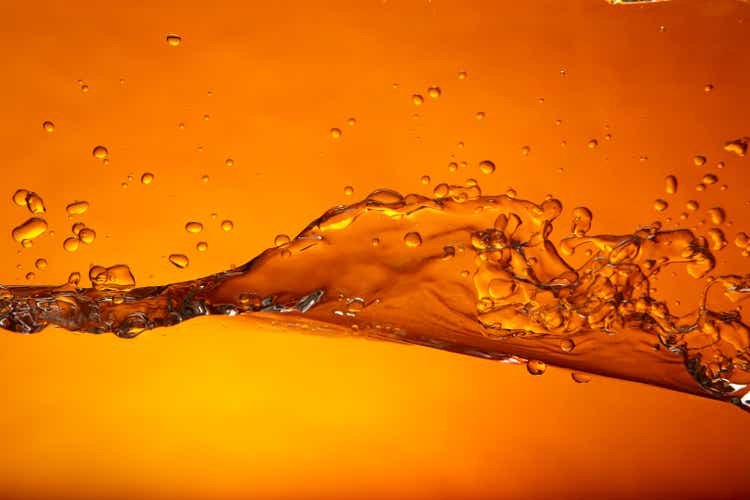 Valero (NYSE:VLO) has a razor-thin dividend yield of 2.8%, which many investors want to see going up. For their part, Valero contends that the right course of action right now is to deleverage its balance sheet post-Covid.

Meanwhile, there are many positive undercurrents, that I believe will support refining profits into 2023.

Consequently, I believe that in 1 or 2 quarters’ time, Valero will be better positioned to increase its dividend payout.

There’s a confluence of factors at hand in the near term that are bullish for Valero. In the first instance, crack spreads are very wide. As you know, oil prices have trended slightly lower in the past several weeks.

Consequently, the spread that refiners are capturing is very wealthy. Furthermore, there are low global distillate supplies. Low supplies mean the inventory that is available comes at a high price. That’s a supply-demand equation.

Another catalyst that is also on the cards is the EU’s ban on seaborne refined product imports from Russia beginning in February 2023.

And given the above two elements, let’s discuss the graph that follows that illustrates the overall US commercial crude inventory position.

What you see here is that inventories are at the bottom end of the 5-year average. And even if the current forecasts point to an improvement, it is still expected to remain at the low end of the crude inventories level.

This bullishness is countered on the next graph where the EIA forecasts that gasoline prices will drop in 2023.

For many bulls, this forecast is more political than based on an actual prediction anywhere near reality. For my part, I don’t attempt to forecast. I’ll simply note that is where the forecast finds itself.

Hence, having laid out the backdrop, I’ll next turn to discuss Valero’s capital allocation program.

Valero has been working hard to bring down its debt and improve its balance sheet. At the end of Q3 2022, Valero’s net debt stood at $5.6 billion. Valero has a market cap of $55 billion. Thus, this net debt position amounts to approximately 10% of its market cap is made up of debt.

When many of Valero’s peers have already brought their balance sheets under control, the fact that Valero still has work to do on this front is a blemish on the bull case.

During the earnings call, this is what Valero said with respect to its net debt position to market cap

We’re at 24.5% [net debt to market cap] now at the end of the third quarter, down from 40% at the highest point toward COVID. So we’ve been working in the right direction. I’d like to be even lower, you’d like to be at the 20% range to give you more financial flexibility going forward.

Does this mean that in the coming 1 or 2 quarters Valero’s balance sheet will reach the point where Valero can further increase its capital return policy? I believe that is so.

However, before one becomes too snooty, let’s recall, that Valero has a fair repurchase program too. To illustrate, Valero repurchased approximately $877 million worth of common stock in the quarter.

And I believe that in 1 or 2 quarters’ time, Valero’s balance sheet will have improved further, so that its capital return program could come closer to 50% of free cash flow, rather than at the 40% that we saw in Q3.

As you can see below, analysts following Valero presently believe that Valero’s free cash flows roll lower in 2023.

This has been the theme for a long while in the commodities space and particularly in oil and gas. There’s a lot of doubt about the persistence of the cycle into 2023.

If you want to double-check this, look no further than WTI prices over the past several days. It appears investors are highly unsure of what’s a normal year, versus what’s an anomaly.

The way I’m thinking about Valero is this. Where else could I deploy my capital outside of energy and commodities in general where I’m paying about 5x to 6x free cash flows?

In other pockets of the market, I’m being asked to pay several multiples higher than this. What’s more, I have to pretend that stock-based compensation isn’t a real cost.

At least here, while one waits for things to finally unfold, investors are getting a dividend plus buybacks. This strikes me as a very compelling risk-reward.