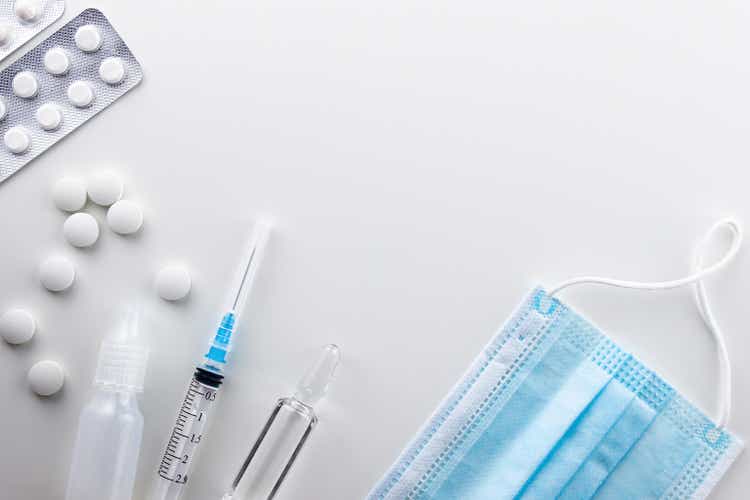 An eye for an eye will only make the whole world blind.”― Mahatma Gandhi

We have not looked back on Verona Pharma plc (NASDAQ:VRNA) since our last article on this small biopharma concern from across the pond early in 2021. The stock has had a huge move up over the past few months on positive news flow. An updated analysis follows below.

This London-based pre-clinical concern is focused on the development and commercialization of therapies for the treatment of respiratory diseases with unmet medical needs. The stock currently trades around $12.50 a share and sports an approximate market capitalization of $950 million.

Verona’s primary asset within its pipeline is called ensifentrine. Ensifentrine combines bronchodilator and anti-inflammatory properties in one compound and has the potential to be an effective treatment for chronic obstructive pulmonary disease or COPD and other respiratory diseases, including asthma and cystic fibrosis. The company’s primary focus for this candidate is COPD at this moment. Evaluation of ensifentrine via a nebulizer to treat asthma and cystic fibrosis is in Phase two development.

On October 14th, the company disclosed positive effects across primary and secondary endpoints of lung function, evaluating ensifentrine against COPD in a Phase 3 study called ENHANCE-2, which included subgroups. According to the data, use of ensifentrine resulted in a 42% reduction in the rate of moderate to severe exacerbations observed in the overall population compared to placebo.

This follows encouraging top line results from the same trial that came out in August. Results from a similar trial ‘ENHANCE-1’ should be out by the close of this year. Approximately 1,600 subjects are enrolled in ENHANCE-1 and ENHANCE-2 combined.

In August, Nuance Pharma, Verona’s development partner for ensifentrine in China, received clearance to begin Phase 1 and Phase 3 studies with ensifentrine for COPD in mainland China. Via this marketing agreement, Verona can receive up to nearly $180 million in potential milestone payouts in addition to royalties on any commercialized sales.

Since August, five analyst firms, including Piper Sandler and Wedbush, have reissued Buy ratings on VRNA. Two of these contained minor upward price target revisions. Price targets proffered range from $20 to $31 a share.

Only two percent of the outstanding float of the stock is currently held short. The company raised approximately $150 million via a secondary offering in mid-August and ended the third quarter with just over $230 million of cash and marketable securities on its balance sheet. The company also recently announced $150 million debt facility from Oxford Finance. This replaced a $30 million facility with Silicon Valley Bank. Management stated the following in its press release that accompanied third quarter results in regards to its funding status.

Expected cash receipts from the UK tax credit program and funding expected to become available under the $150 million debt facility will enable Verona Pharma to fund planned operating expenses and capital expenditure requirements through at least the end of 2025 including the commercial launch of ensifentrine in the United States.”

The company had a net loss of $15.6 million for the third quarter.

Conditional upon positive results from ENHANCE-1, the company expects to submit an NDA to the FDA in the first half of next year for the maintenance treatment of COPD. This is a huge potential customer base given COPD impacts approximately 25 million Americans annually. Over 380 million patients suffer from COPD worldwide, and it is the third leading cause of death worldwide.

There are numerous COPD products on the market. The global market for COPD treatments was valued at nearly $20 billion in 2021. The stock is up approximately 40% since our last article on it a year and a half ago. We concluded that piece with the recommendation ‘VRNA’s risk/reward profile still looks like it merits a small holding within a well-diversified biotech portfolio.’ After revisiting the investment case on this small biopharma, that continues to be our view.

Revenge, the sweetest morsel to the mouth that ever was cooked in hell.― Walter Scott