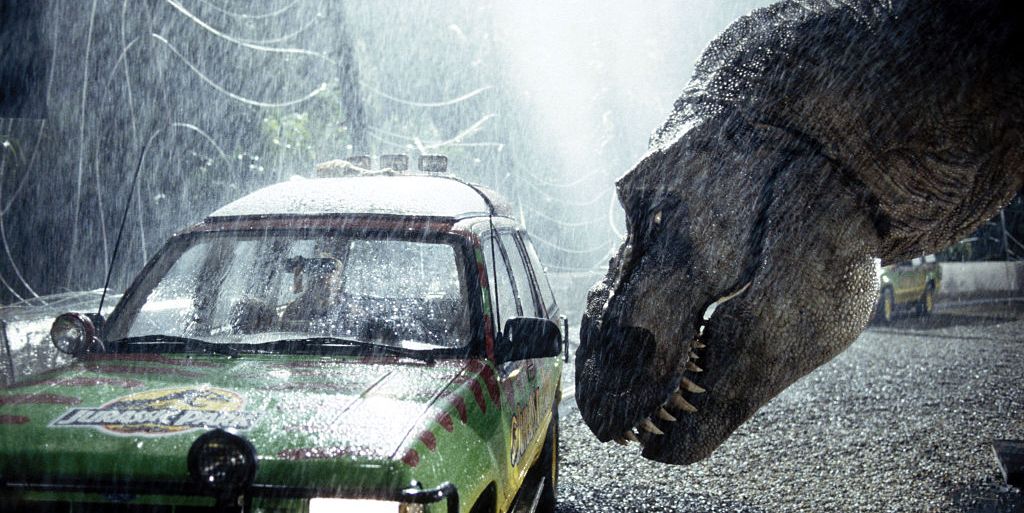 In a new video on the Corridor Club channel, VFX artists Wren and Jordan discuss one of the most influential movies ever in terms of special effects, 1993’s Jurassic Park. Specifically, they explore the question of why audiences seem to think the visuals of that film have aged incredibly well over time, and are even deemed superior to those in the far more recent and technologically advanced Jurassic World installments.

While watching the iconic sequence in which the T-Rex first escapes, the team speculate that the film’s relatively sparing use of footage of the dinosaur helps not just in terms of building tension and suspense, but also the look of the film. “They’re very particular about when and how they’re showing the dinosaur,” says Jordan, “which is honestly I think a large part as to why it holds up.”

Jordan and Wren then decide to recreate this scene, using modern techniques which weren’t available to the VFX artists of the early ’90s—but they’re aware that there is far more at play here than technology.

“Being able to replicate what they put into making these shots work comes down more to the filmmaking and experience than it does the fancy rendering engines,” says Wren. “If we can apply the same aesthetic and techniques that they used back then, then maybe we can overcome the problems that Jurassic World had, so hopefully we can make something that is the best of both World and Park.“

Once Jordan and Wren have secured a top-of-the-line 3D model of a T-Rex and a motion capture actor, they get to work incorporating an animated dinosaur into real-world footage, and pretty soon they have a finished sequence, complete with superior rendering and light placement.

“Obviously we don’t have the full production value of a Jurassic World or Jurassic Park movie,” says Wren. “That being said, I think we nailed a couple of aspects very well… Yeah, there’s some rough surfaces to this, but it works!”

“VFX is about so much more than just what you can render out of a computer,” he continues. “It takes a lot of artistic intent and insight around the whole process to achieve something that not only looks real, but makes you believe that it’s real.”