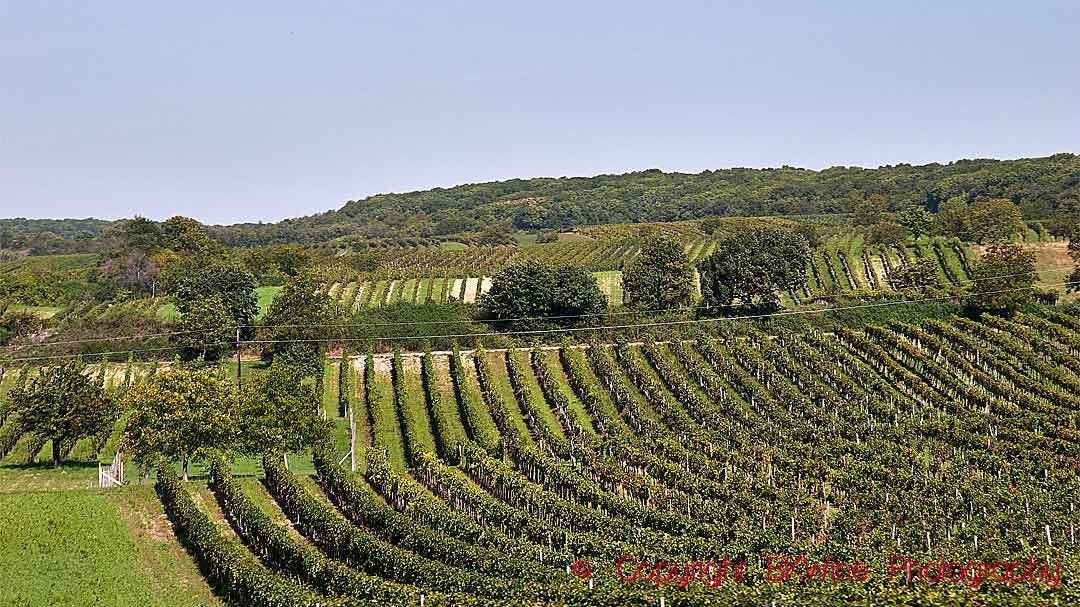 In a series of article we will take a detailed look at the development of the wine sector in 2020. The first article is about vineyard surface, acreage of land planted with vines. Keep in mind that in some countries much of the grapes are used for other than making wine. The following will be about wine production, consumption etc.

Data comes from the OIV unless otherwise noted.

The world vineyard surface area in 2020 has decreased slightly

These are the top ten countries in the world with the biggest vineyard plantings:

These numbers include all vineyard acreage, so it includes grapes for wines and juices, table grapes and raisins. It also includes young vines not yet in production.

Vineyard area in Europe is stable

Europe’s (mainly EU’s) vineyards are stable at 3.3 M ha (8.2 Mac), stable since seven years back. Within the EU vineyard plantings are subject to government controls (“planting authorisations”), the EU countries have agreed to limit growth to 1% per year. This is apparently not a growth potential that is entirely used.

Country by country vineyard acreage in Europe, with the change since 2019:

Since Europe is stable, the rest of the world has declined

The biggest wine producing vineyard country outside of Europe is the USA. Its vineyards have shrunk consistently over seven years and are now down to 405,000 ha (1,001,000 ac).

The odd-man-out here is Oceania. Australian vineyards remain stable at 146,000 ha (361 kac). New Zealand, that has been very successful in winning new markets and establishing a premium reputation for wine, increased the vineyard area with 2% to 40,000 ha (99kac).

A few years back, China caused a lot of brouhaha when it became the country with the world’s second largest vineyard acreage, overtaking France and being second only to Spain.

In fact, the “Third National Agricultural Census in China” has resulted in a substantial revision downwards of the vineyard acreage, says the OIV, pushing China down to third place. Presumably, this revision means that China never actually did have the world’s second largest vineyard surface.

Domination of the big countries

The top twenty-five of the vine growing countries represent almost 90% of the world surface area. All the remaining countries that grow wine have, put together, a vineyard acreage of about the same size as France.

Grapes grown for other use than wine

As mentioned above, these numbers include all vineyard acreage, so it includes grapes for wines and juices, table grapes and raisins. It also includes young vines not yet in production.

So let us make an estimate of how much of this is used for making wine. NB: This is our estimate, not one made by the OIV.

The main countries that grow grapes to a significant extent for other purposes than wine are the following. The estimates of surface for wine is based on various sources, including the countries known wine production:

This means that the world surface area of vines not used for wine production can be estimated to: 1.8 Mha (4.4 Mac).

The total vineyard acreage to grow grapes used for making wine can thus be estimated to approximately 5.5 million hectares (13.6 Mac).

In other words: 75% of the world vineyards are used for wine. Maybe somewhat less since some other winemaking countries also have production of raisins, grape juice and other non-wine products. And 25% is used for “other”, for juice, table grapes and other.

Sources: all data comes from the OIV report “State of the world vitivinicultural sector in 2020”, unless otherwise stated.