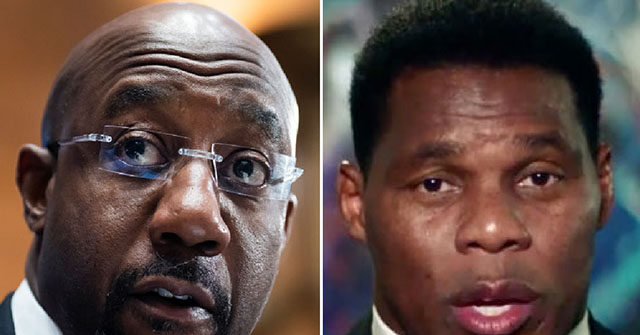 Republican Herschel Walker and Sen. Raphael Warnock (D-GA) are within the margin of error in Georgia’s U.S. Senate runoff race, which will take place on December 6, an AARP poll found Tuesday.

Walker garnered 47 percent support, while Warnock had 51 percent. The margin of error is plus or minus 4.4 percentage points.

Among younger voters, between the ages of 18-49, Warnock led by 24 points. Walker, however, held a nine point lead with voters over 50.

Independent voters leaned towards Warnock over Walker (54-39 percent). Among women, Warnock led by 11 points. But Walker held a five point lead among men.

The survey indicated why Warnock continues to distance himself from Biden — and why Walker wants to make the race a referendum on the Democratic president’s record. His approval rating is underwater at 43% and slightly lower among voters age 50 and over.

About two-thirds said they were more likely to back a candidate who supports shielding Medicare from budget cuts and allowing the government program to negotiate for lower prescription drug prices.

The poll was conducted by Fabrizio Ward & Impact Research and was the first significant poll since the November 8 election, where Warnock finished in the lead by over 35,000 votes (49.44 – 48.49 percent). A libertarian candidate earned 2.07 percent, perhaps reducing Walker’s chances of outright defeating Warnock.

A runoff was triggered when neither candidate gained over 50 percent of the total vote.

If Walker defeats Warnock, the Senate would be split 50/50, with Vice President Kamala Harris wielding the tie-breaking vote. If Warnock wins, the Democrats will have a one-seat majority.