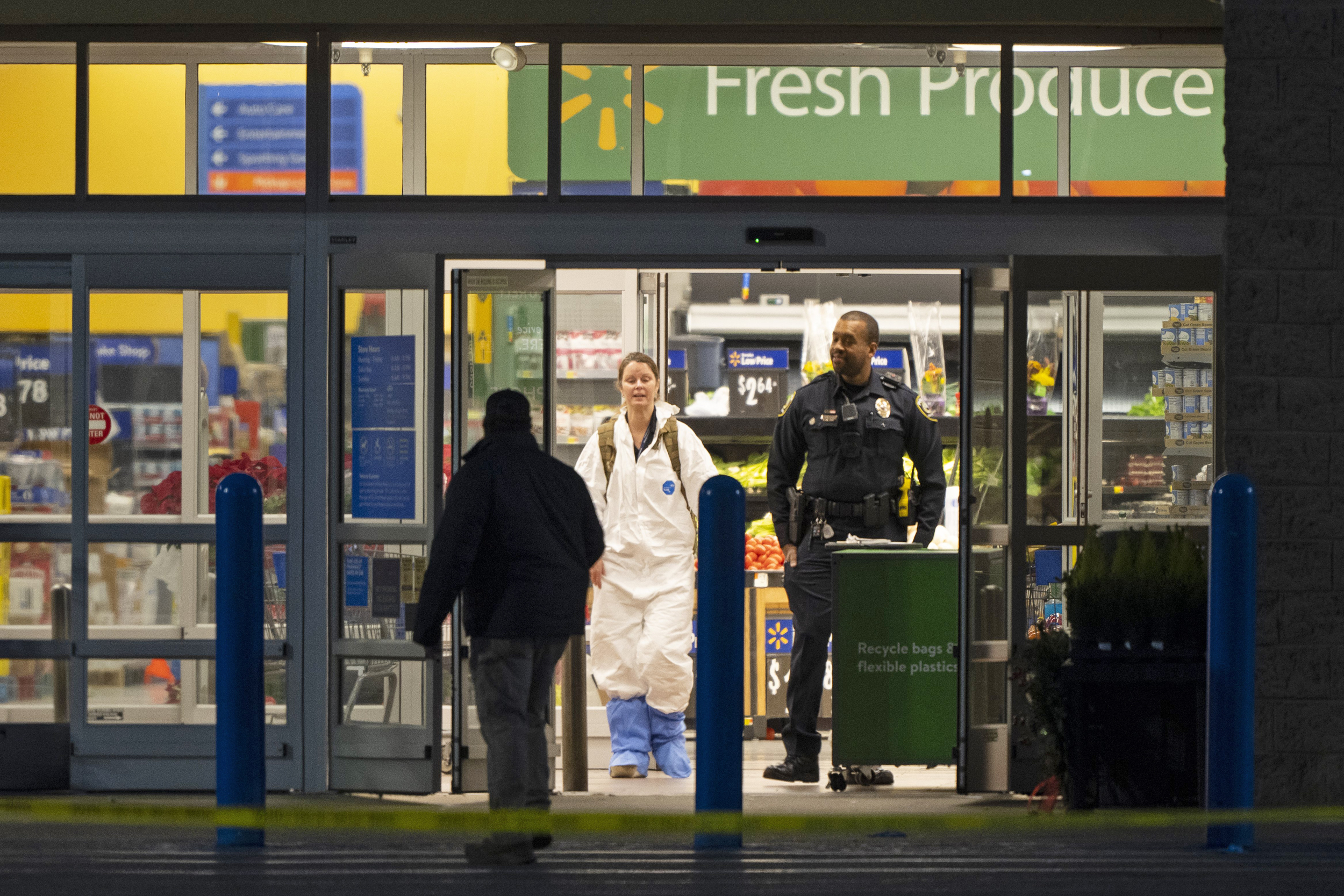 The suspect in a mass shooting at a Walmart Supercenter in Chesapeake, Virginia, was a longtime employee described by a former co-worker as paranoid but not violent.

In a statement Wednesday, Walmart identified the suspect as Andre Bing, an overnight team leader who had been with the company since 2010. Chesapeake police said Bing was 31 years old and a Chesapeake resident.

Authorities said he killed at least six people and injured at least six more before taking his own life in the Tuesday night shooting. A motive was not immediately clear.

Shaundrayia Reese, 27, said she worked at the Chesapeake Walmart from late 2014 to 2018, spending her four years working on the overnight stock team with Bing. She said Bing “didn’t do social media” and in a video she had once taken of her co-workers, Bing “kind of jumped out of the way” to avoid being on camera.

“He put tape on his phone, on the camera. Always used to tell us the government was watching,” Reese, who lives in Chesapeake, said. “He was just weird.”

Chesapeake police said Bing was armed with one handgun and had multiple magazines on him and was dead when police got to the scene. He was “dressed in civilian clothing and was not wearing any type of armor or a ballistic vest,” the police said in their statement.

Reese said after news of the shooting broke, she learned from other Walmart associates that Bing had made threats before.

One person “said Andre told her if they was to ever fire him, he would come back and kill people,” Reese said.

Nonetheless, Reese said she never saw a violent side to him.

“He was a little off. He never talked about anything dealing with violence ever — always stuff about the government, his weight, his family. Stuff like that,” she said.

She added that, despite his peculiarities, Bing could be helpful. She said he gave her tips on how to save money.

“This is a surprise to everyone who ever worked at Walmart or is currently at Walmart,” she said.

Elizabeth Chuck is a reporter for NBC News who focuses on health and mental health, particularly issues that affect women and children.

Safia Samee Ali is a reporter for NBC News Digital, based in Chicago.

Caroline Radnofsky is a supervising reporter for NBC News’ Social Newsgathering team based in London.