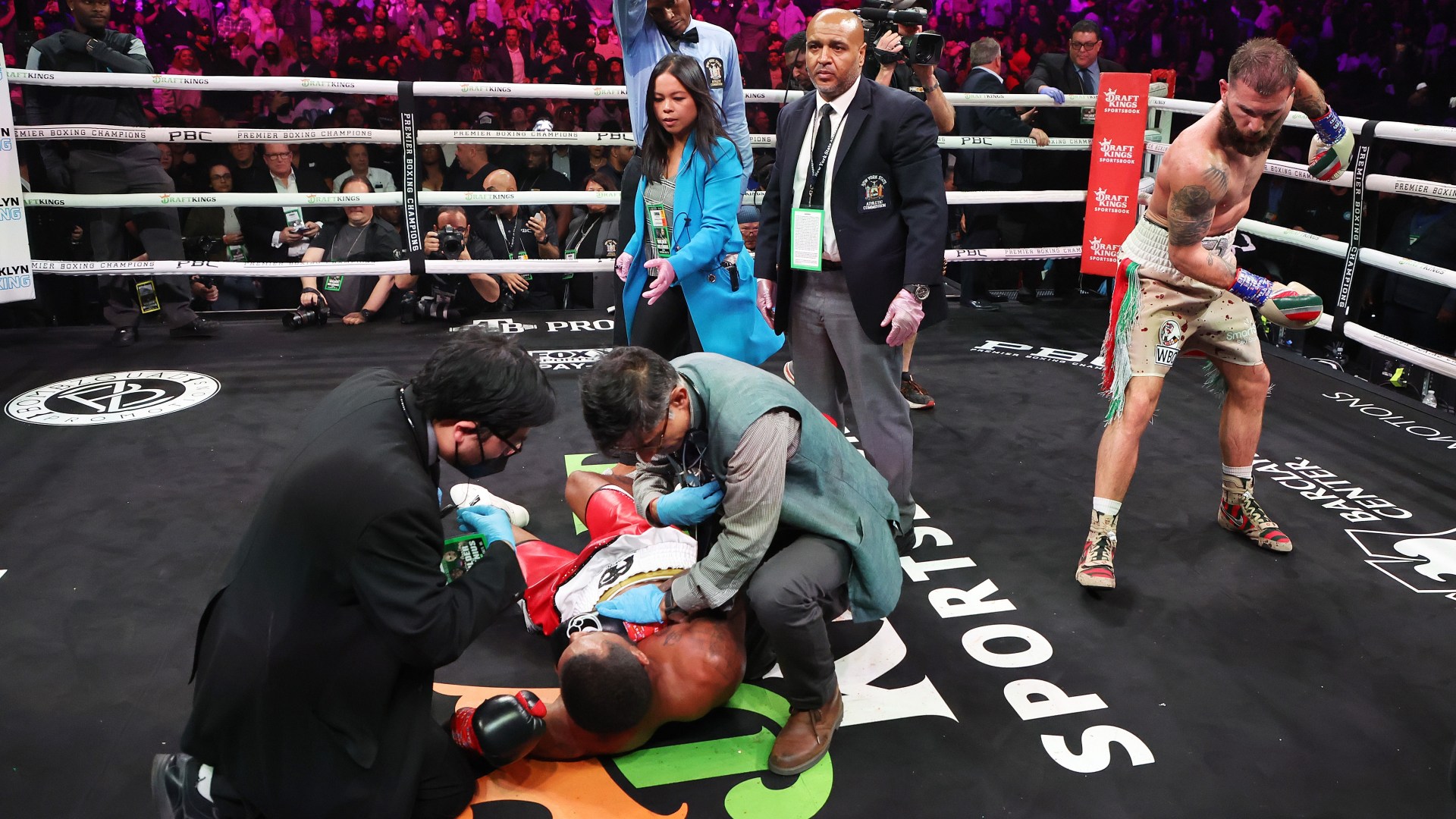 AMERICAN boxer Caleb Plant was dragged away by the referee after producing a “grave digging” celebration immediately following his brutal KO of Anthony Dirrell.

The 30-year-old super-middleweight was looking to bounce back from the first defeat of his professional career which came against Canelo Alvarez last year.

And he did so in breathtaking fashion with a stunning knockout victory over Dirrell in Brooklyn.

The former IBF world champion brought the contest to a devastating conclusion with a huge left-hook in the ninth round.

Dirrell viciously hit the canvas and those outside the ring quickly rushed to help him as soon as the referee waved it off.

But Plant was not in a forgiving mood. 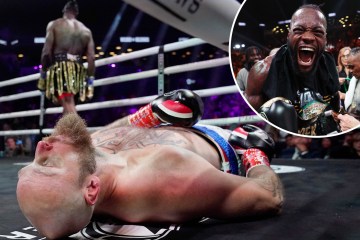 After raising his arms aloft to the crowd, he turned back to the flattened Dirrell and began pretending to dig his grave.

Referee Harvey Dock saw the “celebration”, swiftly running over to tackle Plant and usher him away.

And some fans on social media were equally unimpressed by Plant’s post-KO antics.

One simply said: “Not a good look.”

While another disgruntled viewer added: “I hate disrespectful winners.”

And a third said: “Buried a guy on his way out, this dude is insufferable.”

Plant, who is now being linked with a clash against David Benavidez or Jermall Charlo, claimed after the fight that his grave gesture was his way of “burying beef” between the pair.

Dirrell had exchanged heated verbals with Plant prior to the bout, before he suffered a third loss of his pro career in brutal fashion.