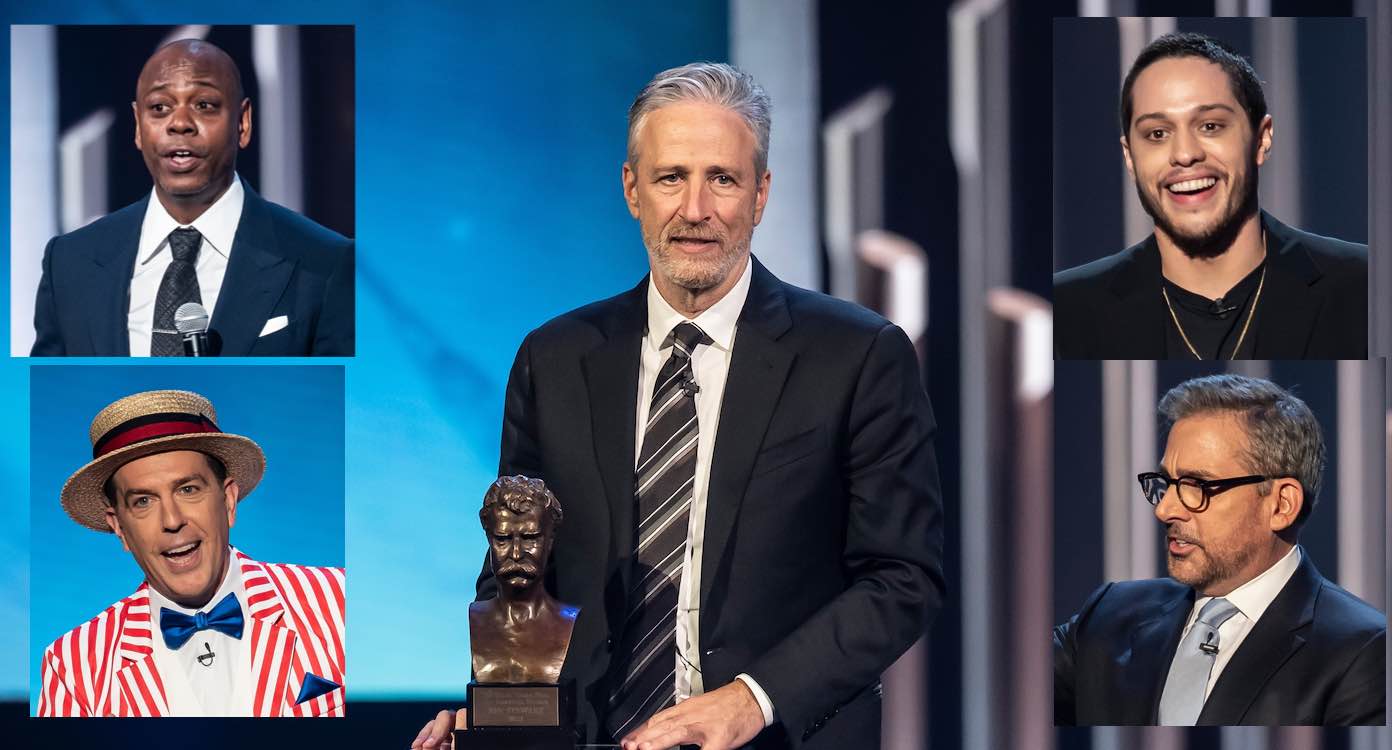 Once named ‘The Most Trusted Man in America’, Jon Stewart was honored recently as the 23rd recipient of the Mark Twain Prize for American Humor.

The gala event held annually at the Kennedy Center and broadcast on PBS stations nationwide, the award ceremony is the first since 2019 due to the pandemic.

Featuring hilarious tributes from comedians like Steve Carell, Dave Chappelle, Stephen Colbert, Pete Davidson, and Jimmy Kimmel, the evening makes us long for the days when Jon was in our living room anchoring the desk on The Daily Show.

Over his 16-year run as host and executive producer of the Comedy Central juggernaut, Stewart redefined political satire in American culture.

One by one, his peers took the stage reminding us of his comedy, but also his social activism. He testified before Congress and played an integral role in the passing of legislation such as the 9/11 Victim Compensation Fund Bill, which benefitted thousands of first responders and their families. Stewart also works on behalf of America’s wounded veterans and autism charities.

Dave Chappelle, the most recent winner of the prize (in 2019), led the parade of funny men and women, many of whom owe Jon their careers, after being hired as ‘correspondents’ for the Daily Show—like Colbert, Carell, Ed Helms, John Oliver, Olivia Munn, and Samantha Bee.

WATCH a selection of some of the great speeches below, along with Jon accepting the award… Learn more at PBS/Twain Prize and see all the videos on The Kennedy Center YouTube channel.