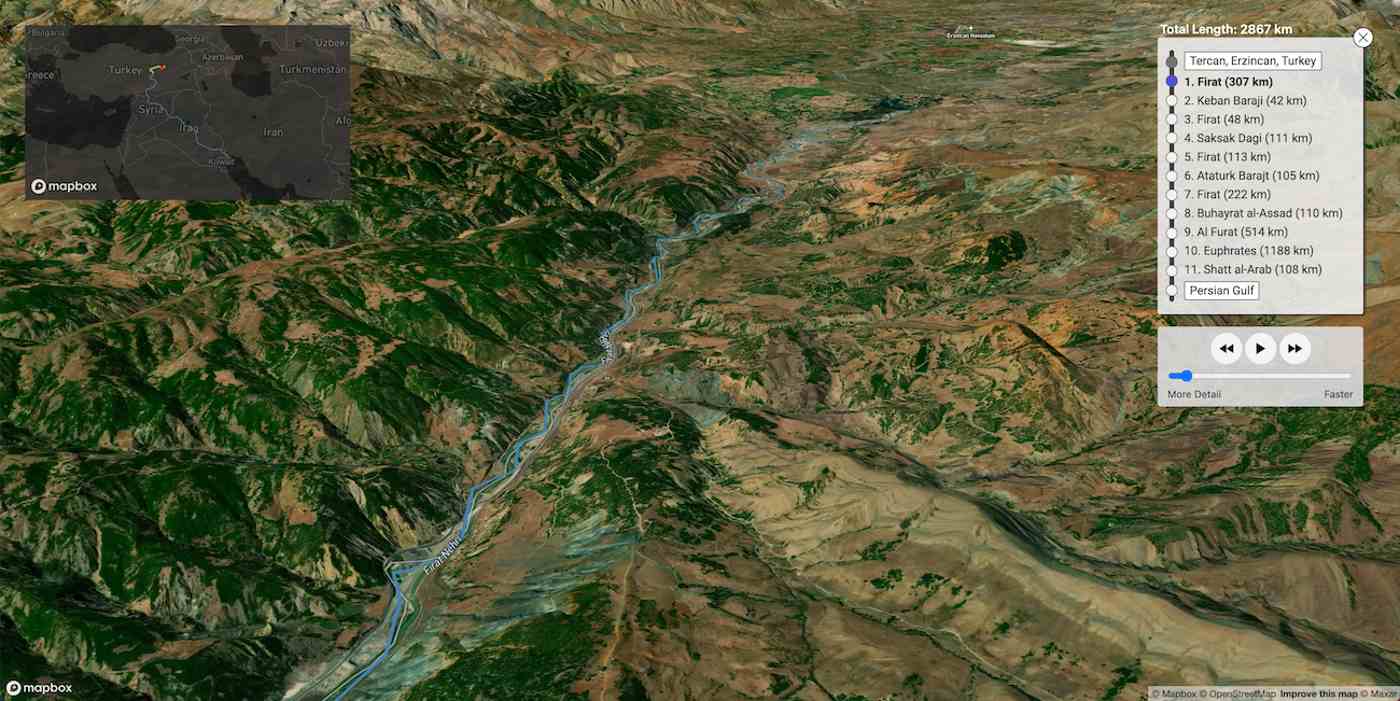 Have you ever wondered how far raindrops travel after they fall upon the heights of Kilimanjaro? On the off chance you’re dying to know, some curious cartographers have created a mapping tool that visualizes the path a raindrop will take to the sea from anywhere on Earth.

River Runner Global is a free, open-source tool for visualizing how interconnected we are, and can be used quickly for rough-draft water management planning, or for educational purposes.

Data analyst Sam Learner built the project using data from the U.S. Geological Survey, along with help from Kyle Onda, a data architect for the water data and management consultancy Internet of Water.

“There’s something really interesting about ending up in little pockets of the country or world that you don’t know about at all, in interesting terrain,” Learner told Fast Company. “What we put in a river or stream ends up in someone else’s water.”

There’s plenty of surprises following the path of a raindrop, for example all the water that feeds Washington D.C. comes from rainfall and upwelling springs on the western-side of the Appalachians, and before any snowmelt on Mount Everest can reach the Ganges, it has to flow eastward across the top of India for more than 300 kilometers to find a point where the Himalayas split.

The mechanism for processing and displaying the data using bulk topographical info didn’t exist, and so Learner had to built it himself.

MORE: Check Out This Interactive Map Showing All the Conservation Land Near You in the U.S.

The tool is still in beta, and so place and river names often won’t appear. It’s subject to lag and occasional bugs as well, but Learner says the same back-end data could be used to create another tool, such as a ‘River Climber’ page that follows a path upriver to show the the source of what needs protecting.

RELATED: Map Lets You See How Your Hometown has Moved Across 750 Million Years of Continental Drift

The team have found some pretty famous and interesting waterways so far, which the developers have shared in a Google doc for anyone to quickly take a look at.