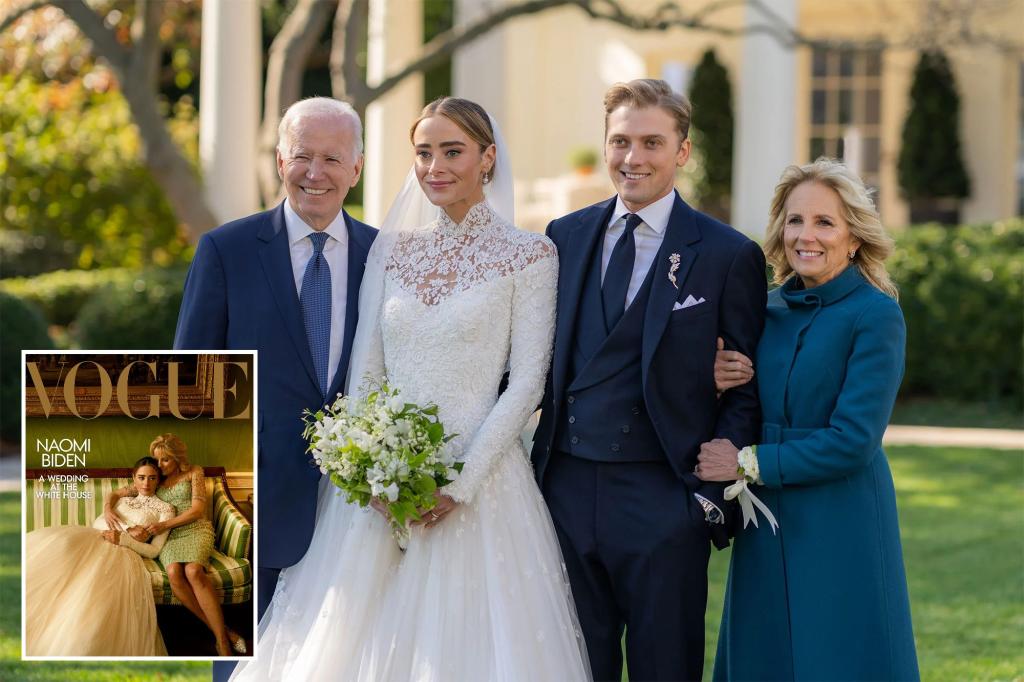 President Biden’s granddaughter Naomi’s White House wedding was “a private affair,” and off-limits to the press.

Well, except for Vogue.

The White House press pool wasn’t allowed into The People’s House, but the fashion magazine got the full spread, the private pics, the kisses, cake cutting and all the pomp and circumstance.

The media is furious, but they shouldn’t be surprised. This is a president that rarely does a press conference, that prefers TikTok and Instagram influencers to “60 Minutes.” Of course they pulled a bait-and-switch to only get the pictures they want published.

Why didn’t the press realize they were going to get rolled? Because they thought they earned the right to be there.

They’ve earned the access by spending countless hours in the press briefing room, waiting for Biden officials to come out to the podium and spin their propagandist yarns.
They’ve earned it by attending countless photo ops of the president getting shots in his fake White House set, designed to better facilitate media receiving and regurgitating his tone-deaf messages.

They’ve earned it by dismissing anything remotely critical of President Biden, his mental state or his compromised son.

And now, when a sunny day on the lawn, reporting on the joy and excess of presidential family privilege was in the offing, they were cast aside, lied to and didn’t even get advance copies of the shiny, exclusive coverage in Vogue.

So will the media learn its lesson?

This administration treats reporters and press outlets like its own personal mouthpieces, feeding them the information — or should we say disinformation — they want the public to consume and regurgitate. They show no respect for a free press.

It’s sad that it took a wedding to prove it. But maybe next time when it’s more important, the media won’t keep allowing Biden to duck questions, and the press won’t “fact check” away scandals. Maybe the reporters will realize the administration is not their friend.

Libby Emmons is the editor-in-chief at The Post Millennial.