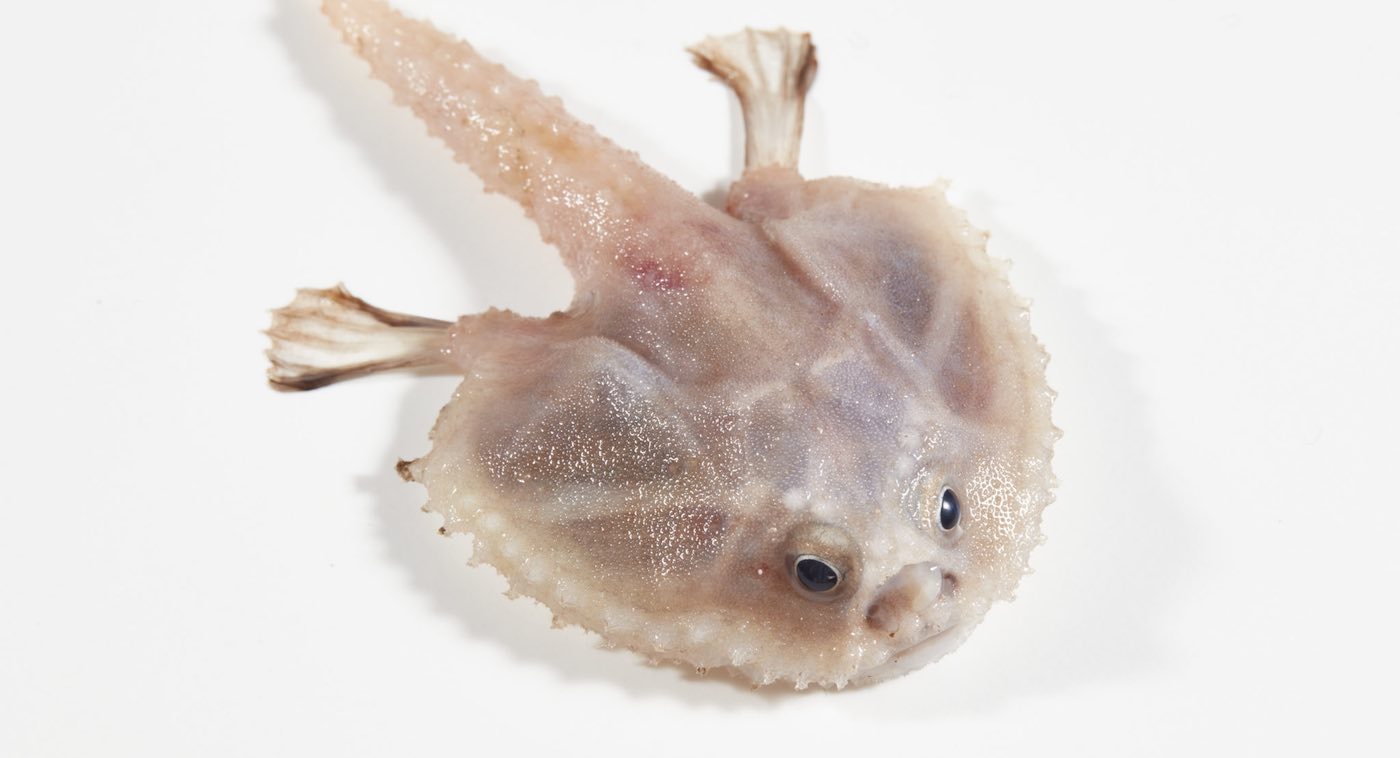 Wonderful could also be construed as terrifying, if not for the fact that most of them are very small, and live at such depths as to permanently remove the possibility of our toes ever being within biting distance of their faces.

This April, the Australian government announced they were protecting the marine environment surrounding the Cocos (Keeling) Islands as a new Marine Park of immense size.

Located at the confluence of the Indian and Pacific Ocean, the seas provide habitat for a stunning diversity of sea life.

This expedition marked the first ever undersea mapping of the floor around the Cocos (Keeling) Islands Seamounts Marine Park.

A report on the 11,000 kilometer, month-long voyage described the undersea terrain as consisting of “massive flat-topped ancient sea-mountains, flanked by volcanic cones, snarly ridges and canyons formed from avalanches of sand that have slumped down onto the abyssal ocean floor.”

There, they found animals like the deep-sea batfish (pictured, above), which has tiny flippers to push itself along, and a tiny “fishing lure” in a small hollow on its snout to attract prey.

They captured the hunting strategies adapted for a region without light—such as the tribute spiderfish (above) that walks about on its bottom flippers which have elongated into tall stilts, boosting its mouth to the swimming level of its favorite prey—tiny shrimp.

This one (below), previously unknown-to-science, looks like something out of an H.P. Lovecraft story.

Called a cusk eel, the blind eel is found more than 3 miles deep (5km). That dark depth is the reason the eel has poorly developed eyes and transparent skin

This flatfish has evolved to bring both eyes on one side of the head, so it can lie camouflaged on the sea floor and have double the vision available for hunting.

“We are proud that our maps, data, and images will be used by Parks Australia to manage the new marine park into the future,” says O’Hara.