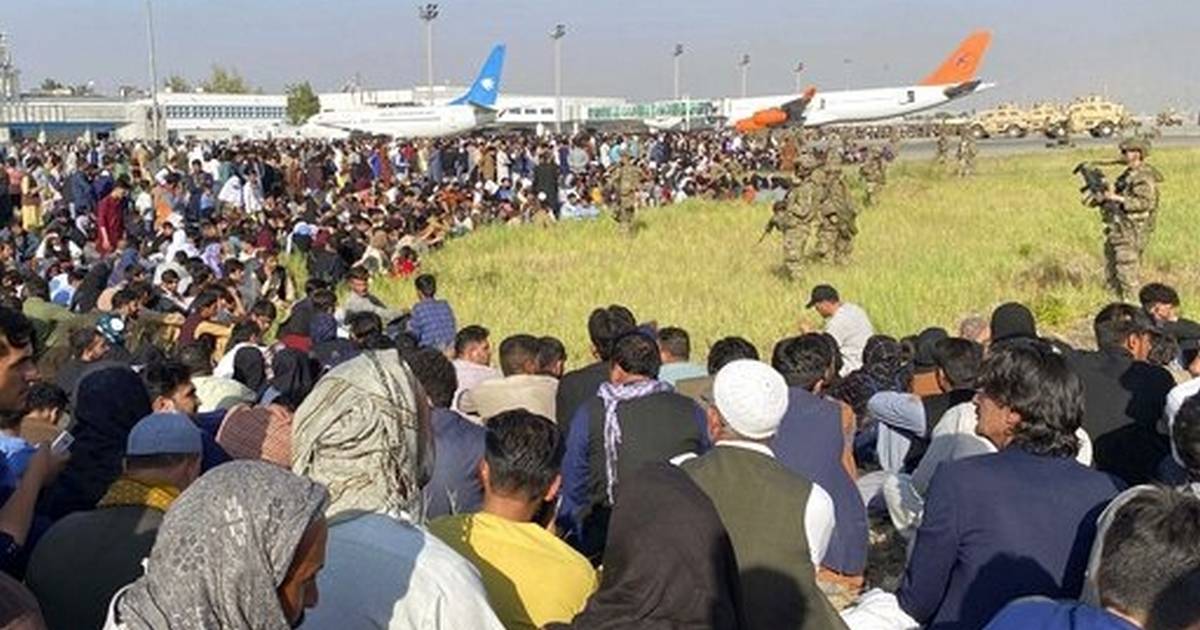 MILAN — The Italian charity Pangea helped tens of thousands of Afghan women become self-supporting in the last 20 years. Now, dozens of its staff in Afghanistan are in hiding with their families amid reports that Taliban are going door-to-door in search of citizens who worked with Westerners.

Pangea founder Luca Lo Presti has asked that 30 Afghan charity workers and their families be included on Italian flights that have carried 500 people to safety this week, but the requests were flatly refused. On Thursday, the military coordinator told him: ‘Not today.’

Dozens of flights already have brought hundreds of Western nationals and Afghan workers to safety in Europe since the Taliban captured the capital of Kabul. Those lucky enough to be rescued from feared reprisals have mostly been Afghans who worked directly with foreign missions, along with their families.

European countries also have pledged to evacuate people at special risk from the Taliban – feminists, political activists and journalists – but it is unclear exactly where the line is being drawn and how many Afghan nationals Western nations will be able to evacuate.

Pangea’s staff in Afghanistan is getting increasingly agitated. Lo Presti says they are specifically at risk for their role creating the kind of independence for women that is at odds with the Taliban’s tenets.

‘Pangea is an enemy because whoever creates awareness and rights is the enemy. We now have to hide,” Lo Presti said from his base in Milan. Pangea gave loans to help 70,000 women open their own businesses – hair and beauty salons and bakeries – and many of them support families with at least eight to 10 children.

The Italian Foreign Ministry touted the arrival of activist Zahra Ahmadi and female researchers from the Veronesi Foundation on a Thursday flight carrying 202 Afghan citizens, noting ‘the special attention to those who worked for Italy and who is under threat, such as women and young people.’

Yet still unprotected are untold numbers who worked with aid groups and other nongovernmental organizations in the fledgling democracy. Also included are those who assisted U.S. and NATO forces and are now stranded and being hunted by the Taliban. Many are deleting contacts with the West from their phones, or memorizing key numbers to maintain contact.

An Italian-Afghan doctor who worked for Italy’s development agency broke down after arriving on an evacuation flight and offered a harsh assessment of the West’s decision to leave the country.

‘We need to save those people in Kabul. We left them in Kabul with nothing,” Dr. Arif Oryakhail told reporters, his voice breaking. ‘They cooperated with us, we trained them as obstetricians, nurses, doctors. They were working and now they are abandoned, our hospitals are abandoned.’

A German network has closed its safehouses for Afghan nationals who worked with coalition forces, calling them ‘death traps.’

‘The Taliban are going door-to-door looking for local forces,” said Marcus Grotian, an active German soldier who runs the network. ‘This was foreseeable, and there has already been a visit to one of the safehouses by the Taliban. Thank God it was empty.”

He is fielding 400-500 calls a day for help from stranded former workers and feels helpless. Afghans who were key to aiding the NATO deployment now ‘are throwing away their documents, and trying to get by,’ he said. ‘We don’t know how to help them anymore.’

French President Emmanuel Macron has pledged not to abandon Afghans who worked for the country, from translators to kitchen staff, as well as activists. More than 300 have been evacuated, and Macron’s office says charities want more added to the list.

Over 130 Czech nationals and Afghans were evacuated Monday and Tuesday, and Hungary has begun an evacuation mission for its citizens as well as some Afghans who helped its military.

Lo Presti is calling for a humanitarian corridor to evacuate Afghans who worked with the West. He has been blocked so far from going to Kabul to help identify Pangea workers and their families amid the chaos. One family who ignored his advice and went to the airport lost sight of their children in the confusion and are unable to locate them, he said.

He acknowledged concerns in the West over “jihadist factions who are brought to the West and pass themselves off for refugees,’ making it more urgent that members of his organization get to Kabul to vouch for those who have worked with him.

But he also is cognizant of the risks for those left behind.

‘Every night brings trepidation, because roundups like those of the Nazi regime are real, and the fear of being taken and arrested without the possibility of a defense and not knowing the future and imaging that it could be death,” Lo Presti added. “This is terrifying us, and we are here. Imagine the women who are living it.’

A former British Marine, Paul Farthing, is campaigning to help 25 Afghans who work for the Nowzad animal sanctuary in Kabul and their families to settle in Britain. They include female surgeons in their 20s who fear forced marriages with Taliban fighters and an end to their careers.

‘We gave them hopes, aspirations, dreams for the future,” Farthing said. ‘Thousands of people now have had their lives ripped from them.’

The concern is not only for individuals, but for the credibility of Western democratic values promoted over the last two decades as well as that of humanitarian organizations which recruit and rely on local staff in other danger zones.

Grotian says the Afghanistan withdrawal has exposed “that there is no concept of how to stand by people when things go bad.”

The YAAR association for the Afghan diaspora in Germany is being barraged by calls from Afghans desperate to get out. Others, despondent, are deleting cellphone contacts altogether, so they don’t leave a digital trail.

‘It is a sort of an endgame for the morale and for the European ethics. If they leave Afghans behind now, particularly those Afghans who worked with NATO troops and with international organizations fighting for democracy 20 years long, I think there wouldn’t be much left for European values anymore,’ Spartak said.