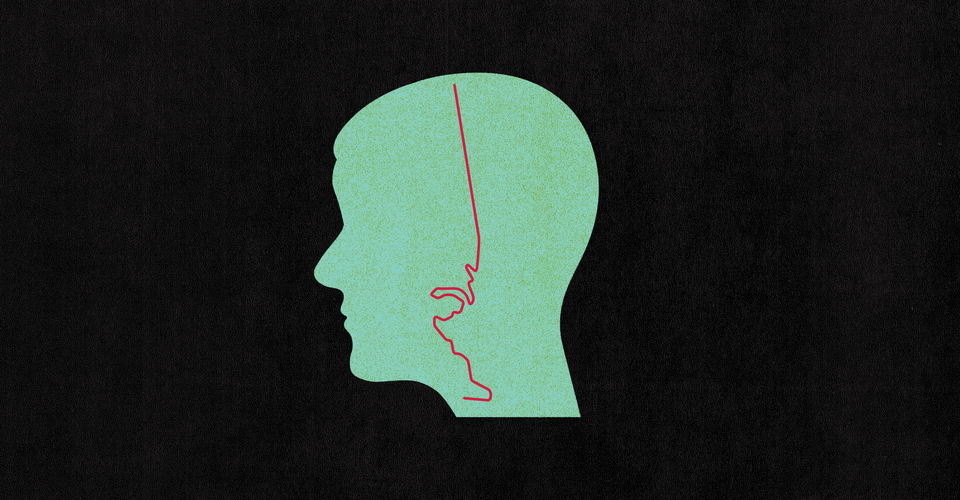 During my last year as director of the National Institute of Mental Health (NIMH), I was in Oregon, giving a presentation to a roomful of mental-health advocates, mostly family members of young people with a serious mental illness. During my tenure as the “nation’s psychiatrist,” the nickname for my role, I oversaw more than $20 billion for mental-health research, and I was eager to share evidence of the agency’s scientific success.

I clicked through my standard PowerPoint deck featuring high-resolution scans of brain changes in people with depression, stem cells from children with schizophrenia showing abnormal branching of neurons, and epigenetic changes as markers of stress in laboratory mice. We had learned so much! We were making so much progress!

While I could see heads nodding in the front row, a tall, bearded man in the back of the room wearing a flannel shirt appeared more and more agitated. When the Q&A period began, he jumped to the microphone. “You really don’t get it,” he said. “My 23-year-old son has schizophrenia. He has been hospitalized five times, made three suicide attempts, and now he is homeless. Our house is on fire and you are talking about the chemistry of the paint.” As I stood there somewhat dumbstruck, he asked, “What are you doing to put out this fire?”

My immediate responses were defensive: “Science is a marathon, not a sprint.” “We need to know more before we can do better.” “Be patient; revolutions take time.” But I knew he was right. There was a disconnect between the work that I was doing supporting brilliant scientists and dedicated clinicians and the challenges that faced more than 14 million Americans living, and dying, with serious mental illness.

The scientific progress in our field was stunning, but while we studied the risk factors for suicide, the death rate had climbed 33 percent. While we identified the neuroanatomy of addiction, overdose deaths had increased threefold. While we mapped the genes for schizophrenia, people with the disease were still chronically unemployed and dying 20 years early. Our science was looking for causes while the effects of these disorders were playing out with more death and disability, incarceration, and homelessness, and increasing frustration and despair for both patients and families. Indeed, many of the most refractory social issues of the decade—homelessness, incarceration, poverty—could be tracked, in part, to our nation’s failure to care for people with mental illness.

In 2015, I left the NIMH. Although I had trained as a psychiatrist and neuroscientist, I wanted to explore this gap between scientific progress and public-health impact as a journalist in search of solutions. Over the past five years, I’ve met health-care innovators, social entrepreneurs, and technology experts in the United States and abroad who shared ideas and projects that can make a difference for people with mental illness. I heard this refrain throughout: We are indeed in a crisis—a crisis of care. Mental illnesses are different from other illnesses, and our current approach is a disaster on many fronts. Mental-health care is not only delivered ineffectively but also accessed during a crisis and strategically focused only on relieving symptoms and not on helping people recover.

During my travels, I also heard a recurring narrative of healing: Current treatments work; mental illness is not a life sentence; people can recover. I witnessed programs, practitioners, and individuals working toward recovery, which is more than just a reduction in symptoms; it’s a return to a full and meaningful life. Or, as a very wise psychiatrist working in Los Angeles’s Skid Row defined recovery for me, “people, place, and purpose.” In other words, finding people for support, having a place or sanctuary to heal, and discovering a purpose or mission.

Recovery was most apparent to me when comparing the trajectories of two young men: Roger and Brandon. Roger, a coding prodigy, struggled with paranoia and conspiracy theories, which consumed his tight-knit, caring family. Roger’s parents ran into a nightmare scenario that too often describes the arc of schizophrenia: days in the local emergency room, multiple tours in the local jail, and long stretches of homelessness. Like the frustrated father in Oregon, Roger’s parents wondered why, with so many advances in the science of mental health, their brilliant son was talking to voices and eating out of garbage cans.

Brandon, like Roger, struggled with psychosis. But after multiple medications and hospitalizations for schizophrenia, Brandon embarked on an expansive, long-term plan that provided support in every area of vulnerability: medication for his delusions, an experimental computer-based training program for his disorganized thinking, coaching for social skills, support for work, playing guitar, and meditation.

There was not a single key to Brandon’s recovery. It depended heavily on the three P’s. More than two decades later, Brandon has had no further bouts of psychosis. Distracting intrusive thoughts, which he attributes to schizophrenia, still nag at him, but they do not take over. He is married, serves as the president of a nonprofit that advocates for brain-health research, and travels the country as a spokesperson for people with serious mental illness.

Both Roger and Brandon were diagnosed with a brain disorder and received standard medical care: antipsychotic medication. But Roger’s outcome is the too-common example of what happens when treatment is only medical. For a serious mental illness such as schizophrenia, medication is almost always necessary but rarely sufficient. Without people, place, and purpose in the treatment plan, Brandon may have ended up with a life similar to Roger’s.

The U.S. does not currently have a system that can help Americans heal and recover. More than half of U.S. counties have no psychiatrist. Nearly half of psychiatrists do not accept either public or private insurance. If you have a child who needs psychiatric hospitalization, you may need to look out of state. As a former Massachusetts mental-health commissioner told me, “It’s easier to get your kid into Harvard Medical School than find a psychiatric bed in a state hospital.” Compounding problems of access are powerful forces of discrimination, which have criminalized mental illness. As a result, our jails and prisons have become de facto mental hospitals and our few remaining public mental hospitals are essentially used as prisons for forensic patients.

Hidden in this dystopian picture is an extraordinary and overlooked bright spot. For virtually all mental disorders, we have effective treatments. Medications, psychological treatments, and rehabilitative interventions (for example, supportive employment) are unequivocally helpful, on par with or better than treatments for other chronic medical conditions. Yet for treatments to be effective, they must be combined with the kind of comprehensive and continuous care that most people don’t receive. Patients must also be matched with the right treatment, which can take time and experimentation. And negative attitudes toward treatment prevent many people who would benefit from seeking help—or from doing so outside of a crisis.

Read: Is everyone depressed?

If I were to re-create that same PowerPoint deck I once showed in my role at NIMH, I would still focus on the promise of science and innovation. Research is our best hope for better care. But I would also have to temper this enthusiasm with an insight from epidemiology: Health care itself explains only a small fraction of health outcomes. Much of what we need for better outcomes is fundamental, but it is not part of health care. Social factors (your zip code, not your genetic code), lifestyle (how you live, not how many medications you take), and livelihood (your work, not just your wealth) are much more important for health outcomes than your specific diagnosis or health-care plan. Recovery depends on the three P’s. But these factors, crucial for recovery, are often not paid for by health insurance and are usually not offered as part of care. To close that gap between scientific progress and public-health impact, we need to reframe what we mean by care.

This piece is adapted from Insel’s forthcoming book, Healing: Our Path from Mental Illness to Mental Health.

​​When you buy a book using a link on this page, we receive a commission. Thank you for supporting The Atlantic.