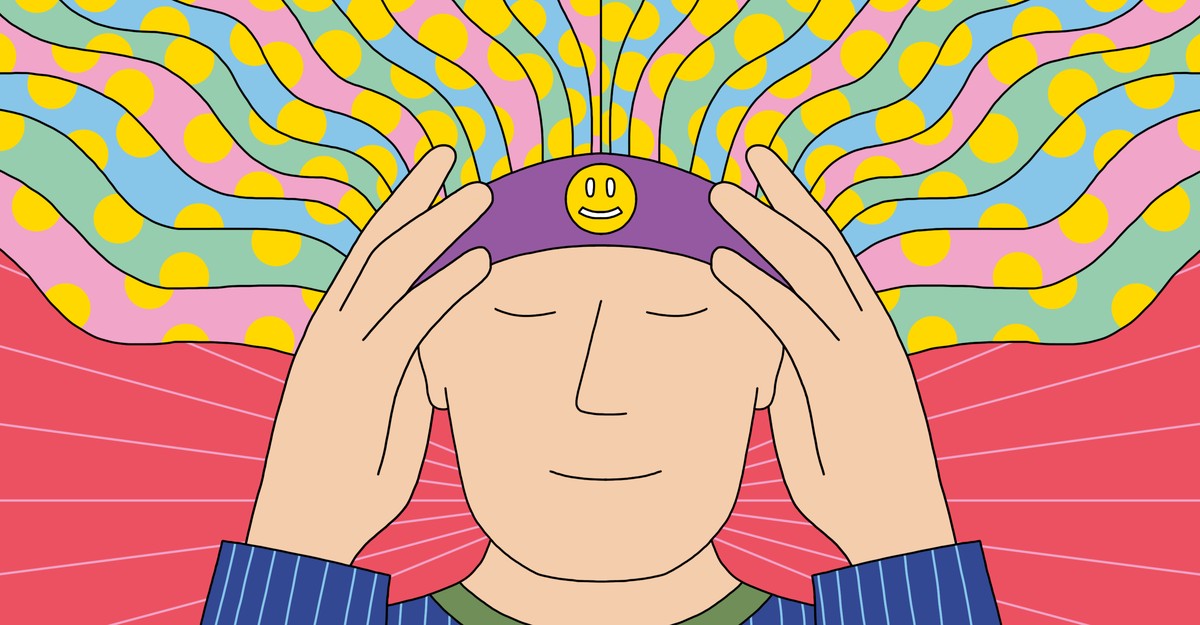 Traditional religiosity in America has rapidly decreased of late, especially among young people. Surveys consistently show that Millennials and Gen Z adults are less likely to declare any religious affiliation than previous generations, a phenomenon that is often called “the rise of the ‘nones.’” Some lament this as a symptom of societal decline; others celebrate it as a mark of progress.

Less remarked upon, however, is the fact that Americans are still far more likely than people in other developed nations to practice religious or spiritual behavior—such as praying daily, even if they don’t follow a particular religion. And indeed, only about 18 percent of Americans claim to be neither spiritual (believing in the transcendent, or sacred) nor religious (holding beliefs within particular religious communities), according to a 2017 Pew Research Center survey. A solid 48 percent said they are both religious and spiritual, and another 27 percent said they are spiritual but not religious. (Only 6 percent are religious but not spiritual.)

Read: How will young people choose their religion?

The persistence of spirituality in the U.S. is quite baffling to many in my professional circle of social scientists. Social science has long predicted that our society is moving toward secularization as data, technology, and science replace beliefs in unseen forces.

A closer look at recent research, however, makes this persistence a lot less surprising. Spiritual experiences—traditionally religious or otherwise—give us unique insights into life and positive benefits we simply can’t get elsewhere. Leaving aside debates about the underlying rightness of religious claims and the authenticity of various spiritual experiences, most people can find a greater understanding of life, higher well-being, and more love through an exploration of the transcendent.

People often engage in religious and spiritual behaviors because they want to understand life’s meaning in a confusing world. They may have found that this insight is not available through their ordinary routines, or through worldly diversions such as entertainment and consumption. Many also seek a source of experiences that are “bigger” than what daily life can provide, such as a sense of awe, a feeling of oneness with others or the divine, and a loss of the boundaries of space and time.

These kinds of experiences have a strong neurological basis, and a lot of evidence reveals that the brain reacts in particular ways to religious and spiritual encounters. The psychologist Lisa Miller, the author of The Awakened Brain, has done extensive work with her colleagues on the neurological mechanisms of transcendent experiences. She has found, for example, that compared with remembering a stressful experience, remembering a spiritual experience reduces activity in the medial thalamus and caudate—the brain regions associated with sensory and emotional processing—thus, perhaps, helping people escape the virtual prison of overthinking and rumination. By studying behavior in patients with brain lesions, other scholars have linked self-reported spirituality to activity in the periaqueductal gray, a brain-stem region associated with (among other things) the moderation of fear and pain, and feelings of love.

Read: What happens to the brain during spiritual experiences?

Memories of especially strong spiritual encounters—such as, for example, union with God—have been observed using electroencephalogram technology. In one experiment on Carmelite Catholic nuns, neuroscientists in 2008 compared the sisters’ brain activity when they were instructed to recall the most mystical experience of their lives versus when they were asked to remember their most intense state of union with another person. The mystical condition (compared with the control condition) induced a significant increase in theta waves in the brain, a pattern also associated with dreaming. In follow-up interviews, the nuns spoke of feeling God’s presence during the original experiences, as well as unconditional and infinite love.

Religious belief is strongly correlated with searching for—and finding—purpose in life. Psychologists writing in 2017 in the journal Personality and Individual Differences measured 442 people’s stated level of religious commitment, and found it strongly correlated with their sense of meaning. Perhaps not surprisingly, given the strong association between having a sense of meaning and happiness, religion and spirituality have been shown to protect against depression recurrence and anxious reactions to mistakes.

Several of my colleagues have shown the same pattern for physical ailments. Patients undergoing treatment of serious illness, commonly consigned solely to the medical domain, reported better quality of life if spiritual-care professionals (such as chaplains) were involved in their care along with doctors and nurses, compared with those whose spiritual needs were left out of their care plans.

Religion and spirituality pursued in community with others can also lower people’s sense of isolation. This might be obvious insofar as people tend to practice religion in communities and there is a lot of evidence that it strengthens social bonds. But spirituality itself appears to potentially lower loneliness as well. Scholars in 2019 asked 319 people to evaluate statements such as “I have a personally meaningful relationship with God.” They found a strong negative correlation between spiritual affirmations and loneliness, leading to higher levels of mental health.

Let me emphasize once again that none of the research I have surveyed here suggests which spiritual or religious practice—if any—is the right one, in terms of metaphysical verities. What it does say is that an exploration of life beyond the material world around us can be enormously rewarding, and yield all kinds of valuable benefits. Many readers likely already know this, and have long-standing practices in place, such as meditation or traditional religious observance. But if this is a new and tantalizing concept for you, yet you are unsure how to begin, let me offer three ideas.

I have a friend who is a professional trainer, specializing in clients who haven’t exercised in many years, or perhaps ever. I asked him what he tells them to do first. Is there a complicated battery of tests and a step-by-step protocol of exercises? No, he told me—for the first few weeks he tells them to do something easy and active for one hour a day. Usually, that means going for a walk.

Similarly, when people ask me how to get started on a spiritual path, I don’t recommend beginning with a 30-day silent retreat in the Himalayas, sitting in the lotus position—the equivalent of trying to deadlift your body weight on your first visit to the gym. Rather, I recommend something easy and simple—like going for a walk before dawn without devices, with a mind and heart open to going where they will. Or if you have a distant memory of a religious practice—perhaps from your youth—you might just slip into a service and sit in the back, observing without judgment or expectation.

A transcendental practice requires learning. Start reading widely from the wisdom literatures, including your own tradition, if you have one. In a similar spirit as my last piece of advice, I don’t recommend starting with the densest texts. Rather than trying to get through the Buddha’s discourses in the original Pali, try Thich Nhat Hanh’s The Miracle of Mindfulness. Instead of Thomas Aquinas’s Summa Theologiae, read The Way of a Pilgrim. In my own adult spiritual development over the past 40 years, these simple books have meant the most to me, and installed fundamental ideas and practices I have never abandoned.

One of my greatest personal faults is the intellectual death grip I put on everything. My wife jokes that I might as well say, “I have data that strongly indicate that I love you.” This has always been an impediment in my spiritual journey, which often requires an intuitive attitude more than an analytic one—to allow myself, in a childlike way, to have experiences I don’t understand, as opposed to strangling them with facts and knowledge. I realize the irony in mentioning this, but scholars have shown that people who have a more intuitive reasoning style—who answer questions based on “feel”—reported stronger religious beliefs than those who were more analytical. This finding was independent of differences in education, income, political views, and intelligence. In other words, I have data that show that you should rely on data less.

You won’t change your fundamental character or learning style. But you can strive to be more accepting of certain experiences at face value, as opposed to rejecting them until they can pass some level of empirical scrutiny.

If you find yourself bereft of transcendent experiences and regret it, this essay might have sparked a little anxiety. Perhaps deep down you think you are missing a piece of cognitive software that allows one to receive spiritual signals. Many times in my adult lifetime, people close to me have said, “I envy you that you have those feelings.”

But that is a misunderstanding of the transcendental journey. It isn’t a reaction to a feeling; it is a decision to seek new truths, notwithstanding any feelings or lack thereof. It is a commitment, not a mood; indeed, one of the things you transcend is your own feelings. It is like a Lewis-and-Clark expedition: Without knowing what you will find, or how discouraged you might be on a given day, you rise and move west. Little by little, the discoveries accumulate and you expand the frontier of your soul.