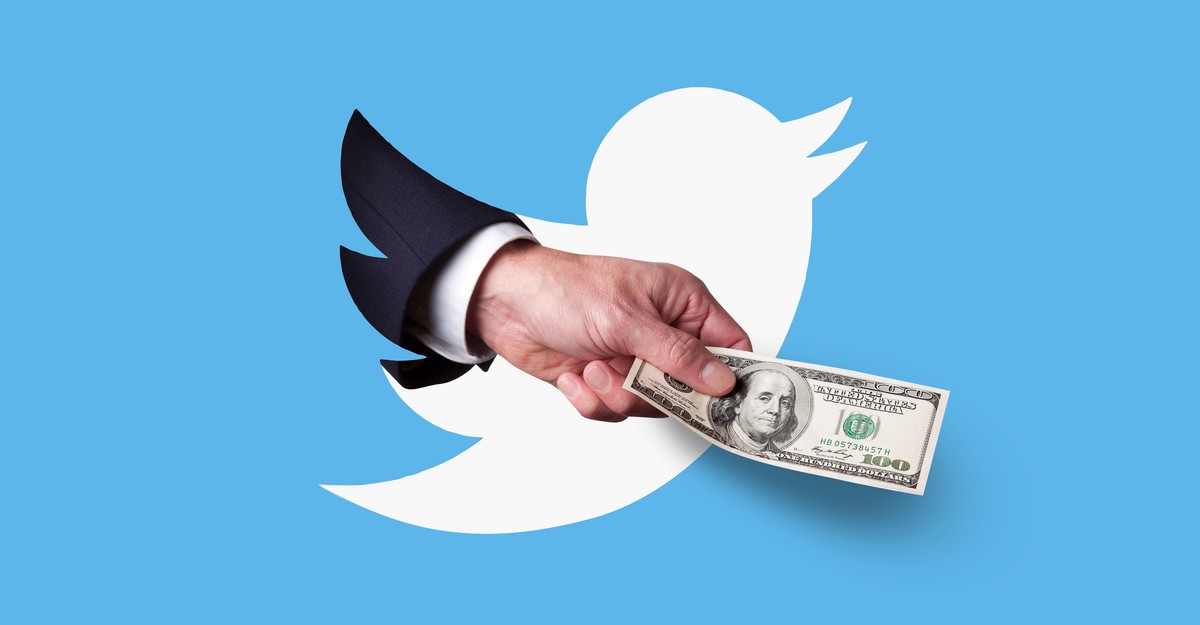 When, earlier this year, Elon Musk went looking for financing for his bid to take over Twitter, he had little trouble finding institutions willing to give him the money he needed. Morgan Stanley took the lead and organized a syndicate of banks—including Bank of America and Barclays—that committed to lending Musk $13 billion. The whole thing took less than a week. Although Musk tried to back out of his deal to buy Twitter, he finally went through with it at the end of October, and the banks gave him the money—which is now debt on Twitter’s balance sheet.

Typically, banks will quickly move those kinds of loans off their books by selling them to institutional investors and hedge funds with a higher appetite for risk. But in the month since Musk took over, he has fired half of Twitter’s workforce, restored banned accounts (including Donald Trump’s), and tweeted maniacally, leading many of Twitter’s biggest advertisers to pause their ad spending on the site. So investors aren’t that interested in buying Twitter’s debt right now—according to Bloomberg News, when banks tested the market for the loans, they got bids as low as 60 cents on the dollar. For now, then, the banks are going to keep the loans on their books and hope that Musk’s plans for the site work out.

All of which raises a simple question: What were the banks thinking?

Surprisingly, perhaps, there are actual answers to that question. First, although Musk’s strategic plans for Twitter never made a lot of economic sense, the business and investing climate in April was very different from what it is today. The federal funds rate—which guides overnight lending among banks and helps guarantee market liquidity—was still at a low level, below 1 percent. Interest rates on high-yield corporate debt were dramatically lower than they are now. Most tech companies hadn’t yet seen their stocks sell off. So a package of loans, most of them secured by Twitter’s assets, with an average interest rate of about 6.5 percent, may not have looked outrageously risky, and banks might reasonably have thought they’d be able to move the loans off their books with relative ease.

James Surowiecki: Why Elon Musk is blowing up Twitter’s business

Then, of course, there are the fees. According to estimates from Refinitiv, the banks that provided the financing for the deal were in line to collect something in the region of $150 million to $200 million, while Morgan Stanley, which served as Musk’s chief adviser on the deal, collected millions more on top of that.

Finally, these loans were a bet not just on Twitter, but on Musk himself. He’s the richest man in the world, or at least he was in April, and that’s generally someone banks want to be in business with. More to the point, banks are very interested in Musk’s other companies, including Tesla but especially SpaceX, which is currently private but may well mount a lucrative IPO in the future. It’s easy to imagine that helping Musk finance his Twitter folly might help those banks win a share of Musk’s future deals.

That may not be much comfort to their senior executives at the moment, given that the credit-analytics firm 9fin estimates that the banks have already taken about half a billion dollars in mark-to-market losses on their loans. But the truth is, Musk’s lenders could still get out of this relatively unscathed. After all, although the financing terms Musk got for the deal look pretty good by November’s standards, the loans he took out were not cheap. They were also floating-rate loans, which means the interest rate Twitter has to pay will go up as overall interest rates rise, to a maximum of 11.75 percent on the riskiest loans. So if the banks do end up having to keep the loans on their books, they’ll be collecting as much as $1 billion a year in interest payments.

Derek Thompson: Why everything in tech seems to be collapsing at once

That won’t matter, of course, if Musk ends up declaring bankruptcy. But even though he’s raised that as a possibility, it’s not really clear that it would make sense for him to do so. Musk, along with his partners, invested more than $30 billion in equity in Twitter, in addition to the $13 billion in debt. If Twitter goes bankrupt, he and his investors would probably lose all of that, along with control of the company. So the more plausible outcome (at least as long as Musk is still interested in Twitter) would be for him to keep making the interest payments—out of his own pocket, if Twitter can’t—or to just buy the debt back.

What that suggests is that Twitter’s financial performance is not the biggest thing the banks have to worry about. The biggest risk is that Musk gets bored with his new toy and decides that managing a town square is too much of a hassle. In that scenario, it’s easy to imagine him walking away, leaving the banks to figure out what to do with Twitter. But that’s the risk you take when you lend mercurial billionaires piles of money: Your bottom line comes to depend on their ever-changing moods.