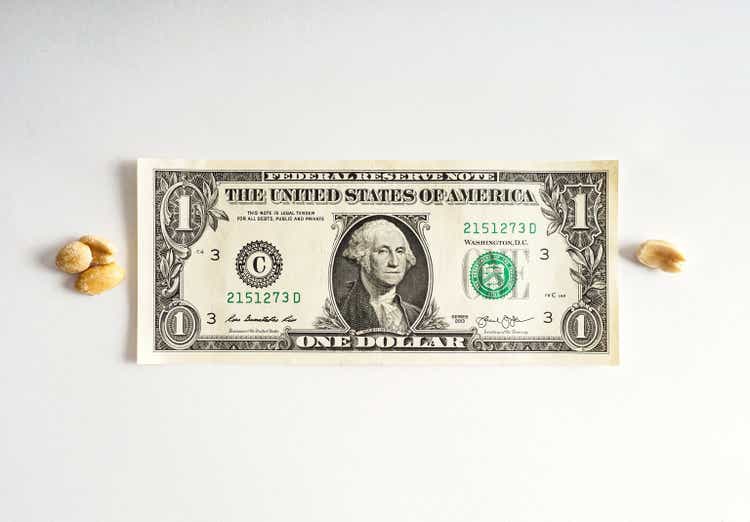 As of mid-October, the U.S. dollar was trading at levels not seen since the early 2000s, when the U.S. Federal Reserve (Fed), under then-chairman Alan Greenspan, was raising interest rates to respond to a rapidly growing economy. In the past year, the U.S. dollar index, which compares the dollar with a basket of currencies, has risen more than 20%, the largest 12-month increase since 2015.

The Forces That Affect Exchange Rates

When we consider what moves exchange rates, the prism of analysis remains the same regardless of which currency pairs are most relevant at the time and the relative levels of the rates. Many factors influence exchange rates – actual and prospective economic growth, inflation, policies, institutions, resources, and financial markets. We can simplify the effects of these myriad factors by analyzing how they flow through to bilateral exchange rates by way of one of three channels:

Why did the U.S. dollar appreciate against virtually all currencies, with a few exceptions, in the past year? The first channel to examine is significant and widening growth differentials.

The U.S. economy was growing quite strongly relative to other economies, with more substantial income support and double-digit gross domestic product (GDP) growth rates peaking last summer. By contrast, no other economy had a real annual growth rate that came close to 6%.

Today, the euro/U.S. dollar is the most critical bilateral exchange rate. Both are strong, trusted currencies underpinned by large economies with well-developed institutions and deep financial markets.

The Russia-Ukraine war and associated sanctions have resulted in an eightfold increase in gas and electricity prices in Europe. Suddenly Europe cannot produce the same output without a significant increase in the cost of energy, an integral input for all economies.

The result has been an expanding growth differential. The euro has depreciated about 20% against the U.S. dollar since the second half of 2021.

Looking at the second channel, the liquidity differential, we see that U.S. dollar liquidity remains abundant, although dollars are now more expensive.

There is no official metric for the availability of dollars, so we create a proxy using the cumulative U.S. trade deficit, measured by the U.S. trade balance minus the U.S. petroleum balance and the U.S. trade balance with China. (We subtract the trade deficit between China and the United States because Chinese dollars tend to get bottled up at the People’s Bank of China, due to China’s closed capital account, and don’t circulate as freely in the global economy as dollars held by other countries.)

When U.S. trade deficits are widening, more dollars are flowing abroad. Relative abundance means a depreciating U.S. dollar, all else being equal. On the other hand, when the United States consumes less from abroad and its trade deficit tightens, as it has been doing since March, fewer dollars are available for international commerce.

A rapidly appreciating U.S. dollar is particularly precarious for emerging market economies. Their demand for dollars is much stronger because their domestic currencies are weak and they conduct a significant amount of their business in U.S. dollars.

The third channel that affects exchange rates, the yield differential, also has been propping up the dollar’s move higher. The Fed has embarked on a meaningful campaign to raise interest rates. For stable currencies, when interest rates rise in one country, investors get a higher yield in that country for the same level of risk. As a result, the dollar’s yield differential vis-à-vis other currencies looks much more attractive now.

For example, both the Japanese yen and the U.S. dollar are strong currencies, so the yen-dollar exchange is perceived as a relatively risk-free trade. Relative to the Fed, the Bank of Japan is not raising interest rates, so the rates for Japanese savers are not very attractive in local currency. However, they are becoming much more attractive in dollars. Therefore, we’re seeing a flow out of the yen into dollars, an investment strategy known as the carry trade.

What could break the trend of rapid dollar appreciation? Looking at our three channels that affect interest rates, the Fed could tighten the United States into a recession. If other economies manage to maintain stronger growth rates – or, at a minimum, experience milder recessions – growth differentials between the U.S. economy and everyone else would at least stop widening and might even begin to shrink. On the other hand, a U.S. recession could drag down other economies with it, an outcome that would continue to prop up the dollar.

Another shift that could impact growth differentials would be a sustained decline in European energy prices. We expect that energy prices will likely start to come down as European countries build liquefied natural gas (LNG) terminals and perhaps even establish a pan-European energy market. As energy prices decrease, all else being constant, Europe’s economic prospects would brighten considerably. The growth differential between the United States and the eurozone would begin to shrink and the euro would appreciate relative to the U.S. dollar.

If the U.S. economy were to enter a recession, the Fed could pause its campaign of interest-rate increases, which would mean yield differentials would stop improving. The U.S. dollar would no longer appear so attractive relative to other currencies. Carry trades could unwind.

At the same time, a U.S. slowdown would likely cause the trade deficit to tighten further as consumers purchase fewer imports. A shrinking trade deficit would affect the liquidity differential because fewer dollars would be available. This impact would mitigate the pressure on the dollar from shrinking growth and yield differentials.

Overall, the trajectory of the U.S. dollar is likely to depend on relative economic growth – or its lack – and the decisions of central bankers. Divergence from current trends in growth, liquidity, and yield could set the dollar on a different course.