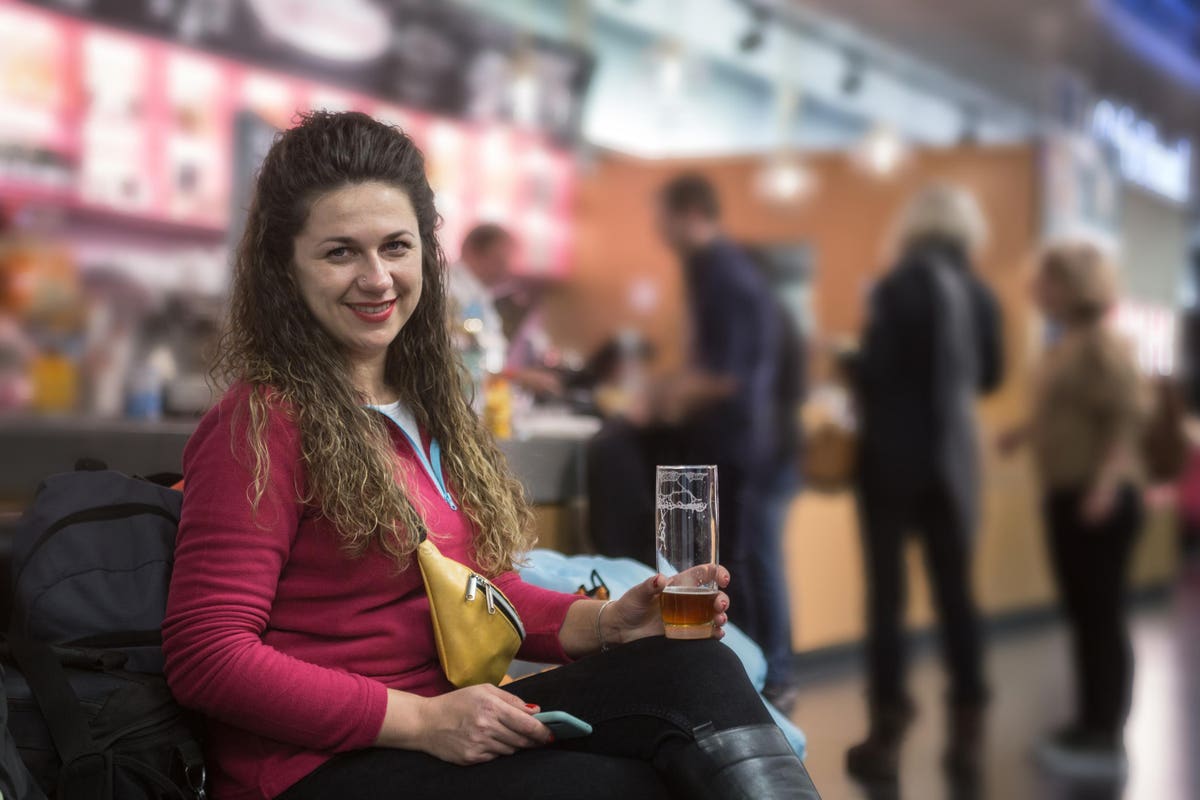 The holiday travel season is upon us. But instead of visions of sugarplums and elves in our heads, it’s the certainty of flight delays and cancellations to come.

Americans are headed home for Thanksgiving this week, kicking off what will be one of the busiest holiday travel seasons in years. From now till January, airports will be filled with travelers looking to kill time before boarding, during delays, and through long layovers.

Many of us will find ourselves whiling away the hours at airport bars and alcohol-equipped restaurants over a beer. You can even nurse a beer and actually bet on which airline and airport will cancel the most flights. But how much will that cold beer set you back?

Researchers at personal finance advice hub FinanceBuzz dug out the data from the 50 busiest U.S. airports to discover which airports have the most affordable brews—and the least. They found the average price for a beer across America’s 50 busiest airports is $7.42. The price data is for a regular-sized “domestic macrobrew,” a draft, can or bottle of Budweiser, Coors, or Miller, not some fancy IPA. The hard-working researchers checked prices at least three bars or restaurants per airport.

Unfortunately, we can’t yet book flights based on the price of beer at the airport, but it’s good to know what one’s up against.

New York’s LaGuardia (LGA) has the most expensive beer prices of any airport, with a regular domestic beer costing $12.33. (Someone has to pay for all those renovations.) A beer at LaGuardia costs 30% more than the second most costly venue on the list, Detroit Metro Airport (DTW). A beer in the Motor City airport will set you back $9.36.

The three airports servicing New York City (LGA, JFK, EWR) are among the five most expensive to drown your sorrows. A brew at Newark averages $9.31, while a beer at JFK is ‘just’ $8.80.

“Beer can be a huge money maker for airport bars and restaurants, so it’s no surprise to find high prices in most airports. In most cases, cities which have a reputation for being expensive like New York saw high prices for beer at the airport,” says Chris Lewis, Director of Digital PR for FinanceBuzz. “Most people visiting cities like New York understand it won’t be a cheap trip, so they should also realize those high prices don’t stop when they get to the airport.”

This is true if you’re waiting for a flight out of Harry Reid International Airport (LAS) as well. Even if you’ve suffered a losing weekend at the tables or the slots, Las Vegas will still take another bite out of you. At $8.86, Las Vegas is the fourth-most expensive US airport to buy a beer at.

Texas, where thousands of Californians are moving because of greater affordability (the median price of a California home was $893,000 in June 2022) isn’t immune to high costs. At Dallas Love Field (DAL) and Dallas/Fort Worth International (DFW) beer prices are $8.32 and $8.30, respectively.

You can also affordably get the party started—or cap it off—in a pair of party city airports. The Music City, Nashville, Tennessee, (BNA) is allegedly a bachelorette party destination. Be that as it may, BNA charges just $5.83 for an airport beer, sixth lowest on the list. Fittingly, the birthplace of jazz, New Orleans, (MSY), boasts the seventh most-affordable airport beer price ($6.08).

So how can you beat the high cost of drinking at the airport? You could wait until you get on the plane; airlines are back to serving booze again. Southwest Rapid Reward program customers, for example, are very attached to detaching their free drink coupons.

Or if you are traveling more, it may be time to get a travel-oriented credit card. “Many travel credit cards also provide helpful perks such as airport lounge access,” says FinanceBuzz Travel & Credit Card expert Ben Walker. “You can easily avoid high beer prices if you can access a lounge serving complimentary alcohol.”