England came out 6-2 victors in Group B’s opening match and put the pressure on Wales and the USMNT.

And Grealish netted the final goal in the clash after Gareth Southgate’s side put up an impressive performance.

But just what was Grealish’s celebration and who is Finlay, the child he performed the celebration for at the World Cup? 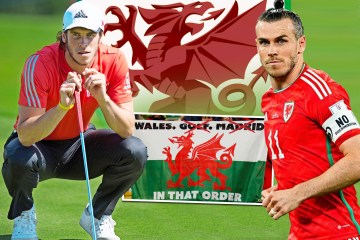 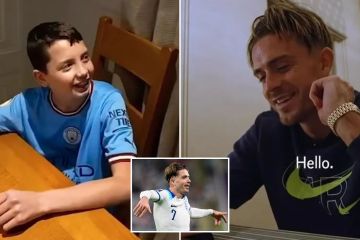 Who is Jack Grealish’s young friend Finlay and what does the celebration mean?

Finlay is an 11-year-old Manchester City supporter who has cerebral palsy.

The young fan penned a letter to Grealish and got the ultimate surprise when the winger visited him earlier this year.

When meeting the City star, Finlay was offered the chance to choose Grealish’s next celebration.

The England international said: “I’ll do a little celebration for you. What would you like me to do?”

And then, Finlay responded: “Do the worm!”

However, this was not the usual ‘worm’ dance that you may have thought as the 11-year-old demonstrated it with his arms, and Grealish duly obliged next time he scored.

Netting against Iran, he celebrated with his teammates before pointing to the camera and pulling off the celebration for Finlay.