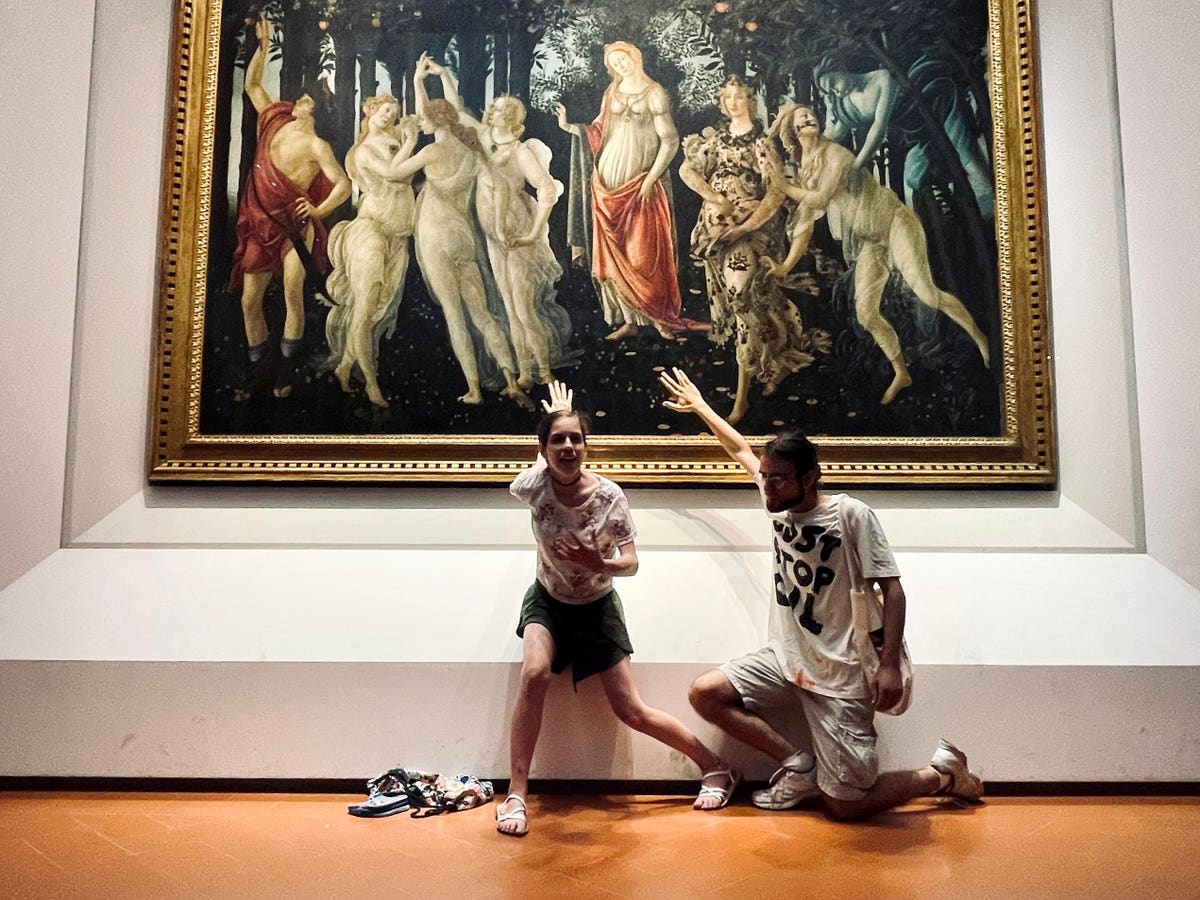 Climate change activists glued themselves to a Futurist sculpture this week, a month after members of the same group stuck their hands to an artwork in Florence’s Uffizi gallery.

The protestors say they want to draw attention to the looming environmental crisis, but why have they chosen to stage demonstrations in Italy’s museums and galleries?

On July 30th, activists from the Ultima Generazione group glued themselves to the plinth of a sculpture in Milan’s Museo del Novecento.

The artwork in question was Unique Forms of Continuity in Space (1913) by prominent Futurist artist Umberto Boccioni.

The group posted a video of the stunt on Instagram. One of the protesters affixed to the plinth says, “Scientists say there is time to act but the window is closing […] Do you want to destroy yourselves?”

Last month, protesters also from the Ultima Generazione group made headlines when they glued their hands to one of Italy’s most famous artworks.

The activists stuck themselves to Sandro Botticelli’s Primavera, a 15th-century masterpiece housed in the Uffizi gallery in Florence.

Why are environmental protesters gluing themselves to art?

The climate activist group says they have chosen to target museums and galleries deliberately.

“We don’t have time to continue investing in fossil fuels. We do not let ourselves be arrested lightly but we must immediately understand that there will be no art on a collapsing planet,” explained Simone, one of the group’s spokespersons.

“There won’t be any kind of art if we can’t afford to eat, if we die from heat waves. This is why we ask culture to take our side and to put pressure on the government.”

The activist group also explained why they chose a Futurist work this time. “We have to change direction. We glued ourselves to Boccioni’s work because we can no longer afford to keep building economic progress,” the group said in an online statement.

“The progress that the Futurists hoped for is leading us towards mass extinction.”

The group is asking the government to prevent the reopening of disused coal plants and increase solar and wind energy production.

Were the artworks damaged during the climate protests?

The activists say neither artwork was damaged during the demonstrations.

The group says it consulted restorers who recommended a suitable adhesive. “For us, it is important to enhance art, rather than damage it, as our governments do with the only planet at our disposal,” said one activist.

However, the group is facing charges of “damage and resisting a public official.”

The protests in Italy come after similar stunts in the UK at leading museums and galleries.

Climate activists from the group Just Stop Oil glued themselves to important artworks in the National Gallery in London, the Kelvingrove Art Gallery in Glasgow, Manchester Art Gallery and the Royal Academy of Arts in London.