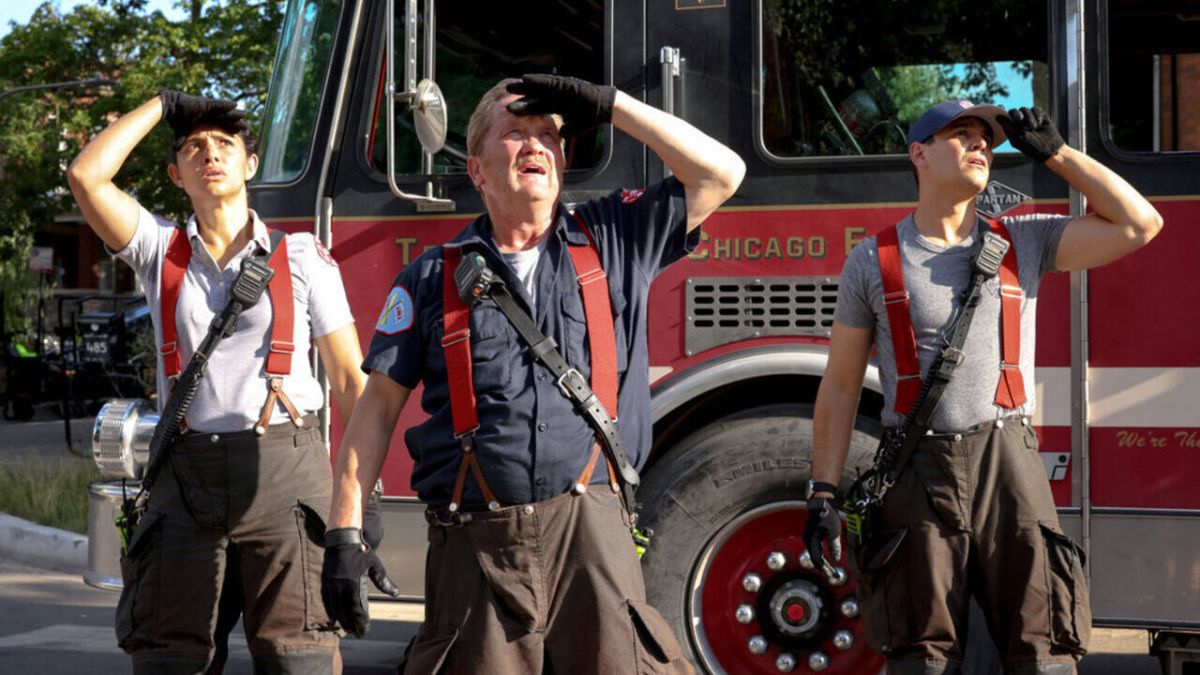 Spoilers ahead for Episode 7 of Chicago Fire Season 11, called “Angry Is Easier.”

Chicago Fire has delivered a lot of heavy storylines throughout the eleventh season, and even the fun shenanigans that came with the head-rolling Halloween episode didn’t really lighten things up on the whole. “Angry Is Easier” seemed to be building up the danger in the form of a heckler/stalker of the Firehouse 51 first responders, but his backstory led to an emotional reveal about Violet that would have been a rough way to end the episode. Fortunately, Fire also delivered a win that it really, really needed.

Violet has seemed like she’s on the road to recovery since (understandably) wallowing in her grief in the aftermath of Chief Hawkins’ death. She got a little bit of closure in learning that the man who Hawkins died trying to save ultimately lived, and a heart-to-heart with Severide clearly helped. Throw in the support of her friends (and falling back into familiar old patterns with Gallo and Ritter), and she really seemed to be doing okay.

That all changed when Edgar decided to escalate from heckling to stomping up the apron to 51, furious with the first responders because of his father’s death when they were unable to save him. It seemed like the conflict was going to come to blows before Violet exploded and delivered a speech that proved she’s not far on the road to recovery after all. Getting in his face, she said:

Apparently, Violet still feels like she’s in a living hell and drowning in her grief, and the look on Brett’s face made it clear that her partner has been so good at hiding the pain that even she didn’t see it. The reveal of how badly she’s still doing despite putting on a good front would have been a pretty tragic way to end the episode, even with Stella making a breakthrough about Girls on Fire and Herrmann helping a man reunite with a past love. The tragedy might have overpowered the positives… if not for Cruz getting a big win.

Cruz Got A Win

After bringing young Javi into their home back in Season 10, Cruz and Chloe decided that they wanted to adopt him and make him permanently part of the family. Unfortunately, Leon’s past gang ties meant that their application for adoption might be denied. Considering that adoption efforts don’t always go well on Chicago Fire, it seemed painfully possible that Cruz and Chloe might lose him.

Cruz was waiting on word for almost the entire episode, after telling Herrmann that they did everything they could to clear Leon’s name. Finally, when the crew was decompressing at Molly’s, he got the call: he and Chloe will get to adopt Javi! Joe Minoso said last season that he thought Cruz and Chloe might have a happier ending with Javi than Dawson and Casey did with Louie back in the day, and that seems to be coming true now.

Now that Cruz got the news that Javi will officially and permanently be his son, I’m just hoping that Violet will continue to improve. She at least knows that she can rely on her 51 family, and letting them in is a big step from where she was right after losing Hawkins. See what’s next for Cruz, Violet, and the rest with new episodes of Chicago Fire at 9 p.m. ET on NBC, between Chicago Med at 8 p.m. and Chicago P.D. at 10 p.m. To start planning ahead for the new year, swing by our 2023 winter premiere schedule.